Mandy Moore is livid over a recent dealing with an unnamed publication.The This is Us actress said her “blood is still boiling” after an outlet refused to interview her if she wouldn’t discuss a “certain subject.” It’s believed she’s referring to her r…

Mandy Moore is livid over a recent dealing with an unnamed publication.

The This is Us actress said her "blood is still boiling" after an outlet refused to interview her if she wouldn't discuss a "certain subject." It's believed she's referring to her relationship with her ex-husband, Ryan Adams.

"When [the publication] were told that I had spoken plenty about a certain subject in my life and would have no further comment (truly there are countless interviews they could pull from, that story is over and there's nothing more to say), this was the response we got back" Moore, 36, wrote. 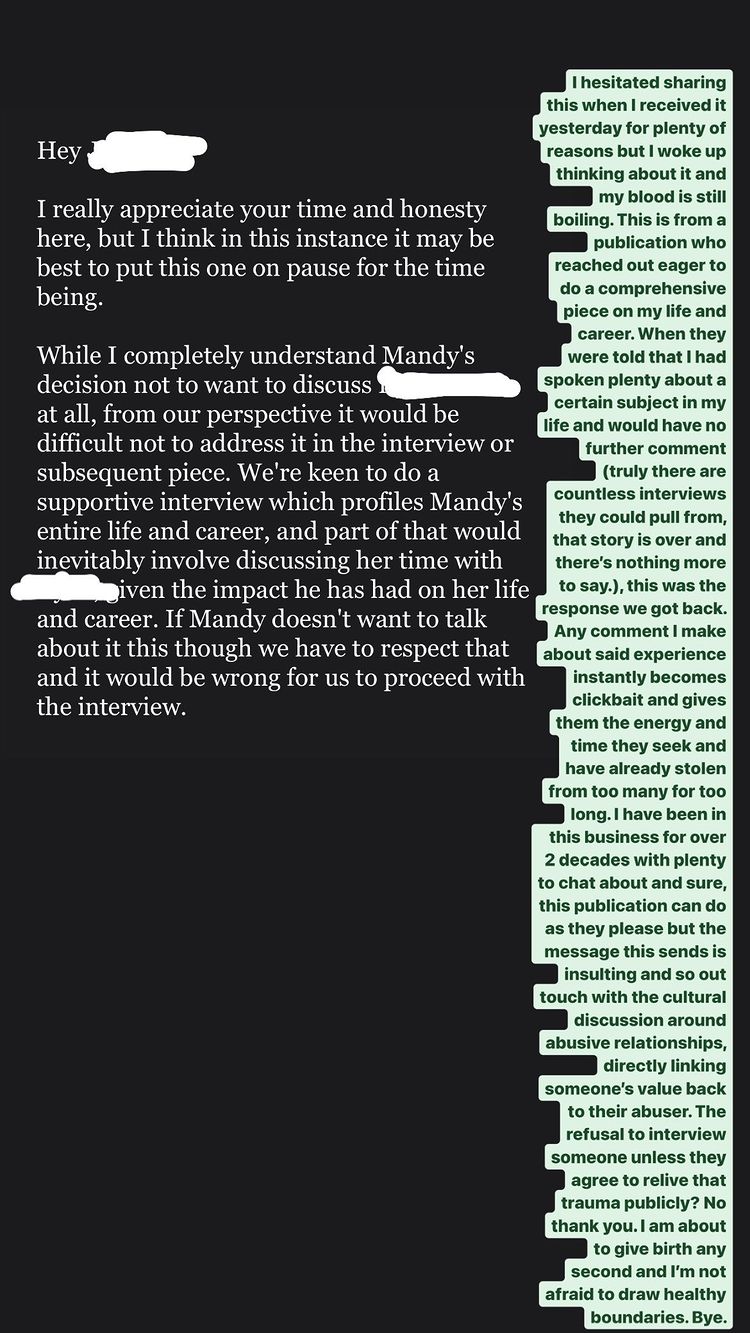 "Any comment I make about said experience becomes clickbait and gives them the energy and time they seek and have already stolen from too many for too long."

Moore called the response completely "out of touch with the cultural discussion around abusive relationships."

"The refusal to interview someone unless they agree to relive that trauma publicly? No thank you," she added.

Moore shared a screenshot of the message she received from the publication. In the note, they expressed intentions to withdraw from the interview if she wasn't willing to discuss the relationship. 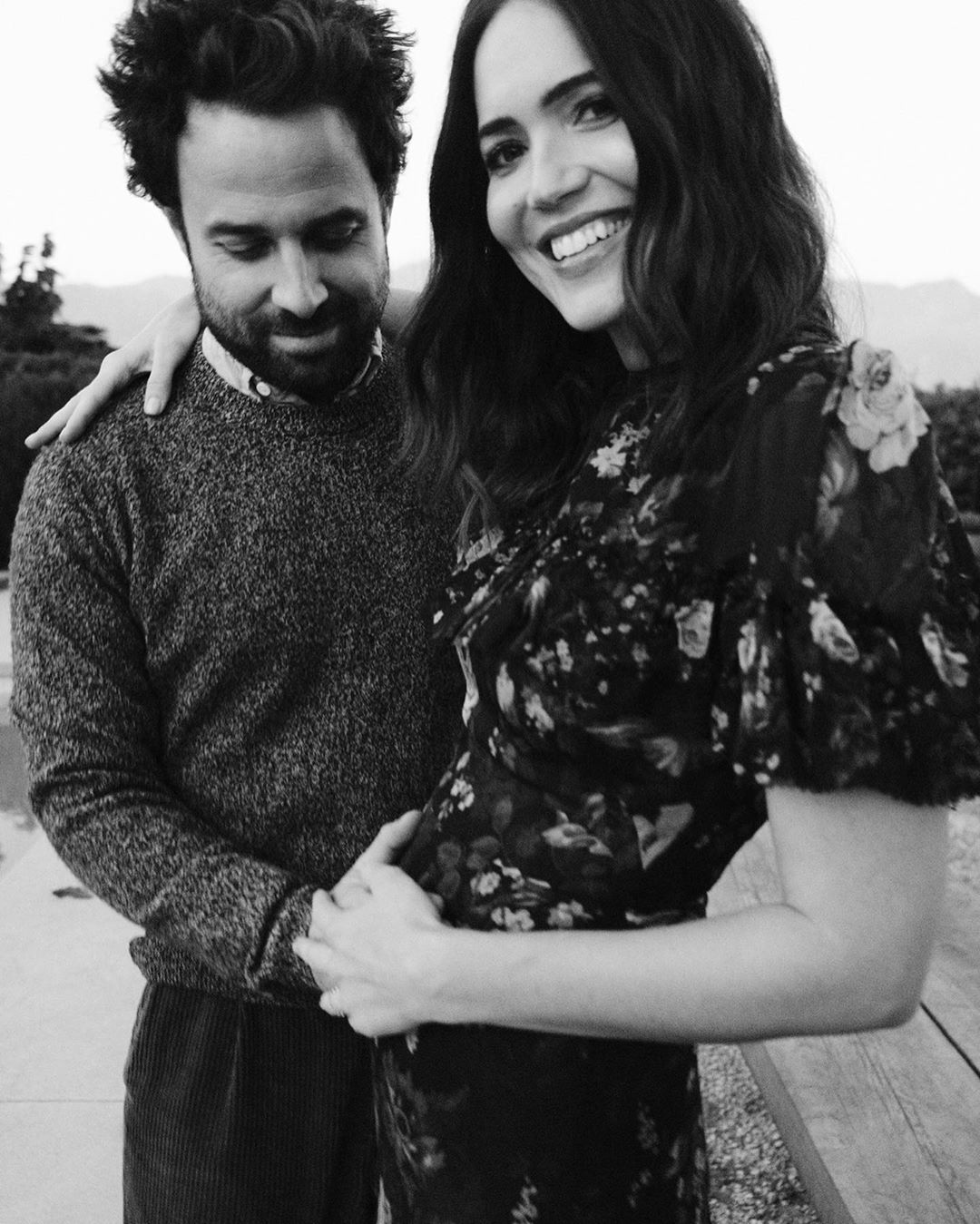 In 2019, Moore joined several women in accusations of emotional abuse and sexual misconduct in a New York Times investigation.

Adams responded with a statement where he apologised for the way he'd "mistreated" women in the past. Moore replied by questioning his choice to not apologise privately.

Moore is currently married to Taylor Goldsmith and the couple is expecting a baby.