He was a big fan of big fans.
Police in California have rescued a man who was trapped inside a giant fan for two days.
The unidentified male told Sonoma Sheriff’s deputies that he was taking pictures of farm equipment — b… 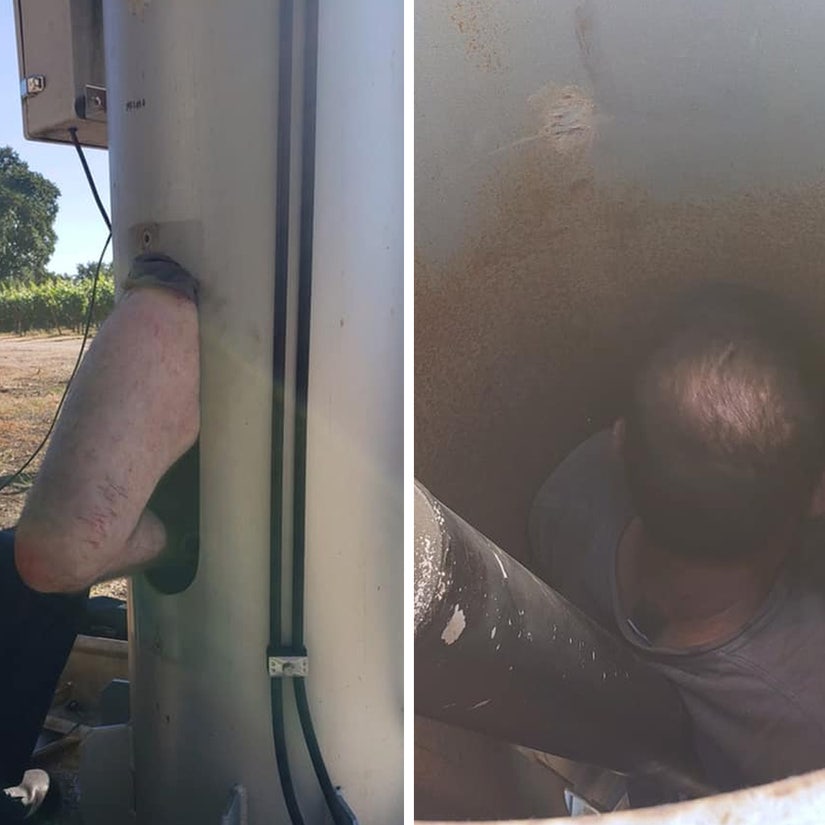 He was a big fan of big fans.

Police in California have rescued a man who was trapped inside a giant fan for two days.

The unidentified male told Sonoma Sheriff's deputies that he was taking pictures of farm equipment — but they're not buying it.

Officers made the bizarre discovery early Wednesday morning, when they received a call about a suspicious vehicle parked on private property on Piner Road.

Arriving at the vineyard, police found the car "parked in a location that made no sense." The deputy spotted a hat sitting on a piece of farm machinery, and investigated further. "The deputy found way more than the hat," the Sheriff's office teased in a Facebook post.

"The occupant of the vehicle had, inexplicably, decided to climb into the shaft of the vineyard fan and became completely stuck inside the shaft."

He told the officer he had been trapped inside for two days.

Firefighters were called and were able to extract the man. Upon being interviewed by police, he claimed he liked to take photographs of antique farm equipment.

"After a thorough investigation which revealed the farm equipment wasn't antique and the man had far more methamphetamine than camera equipment," the Sheriff's Office said. "The motivation to climb into the fan shaft remains a total mystery."

"Hide and seek is a two player game, at a minimum," they teased.

They opted not to arrest him, as he needed medical treatment having been trapped inside the sweltering metal structure for 48 hours.

However they said they will be recommending charges of trespassing and drug possession, as well as violations of both his probation case, and the pending case for which he was currently out of custody on pre-trial release.

READ:  Real Housewives of Orange County star Braunwyn Windham-Burke comes out as gay: 'Taken me 42 years to say that'

"Lucky for this guy the citizen called in to report his vehicle, otherwise this story ends with a far more tragic outcome," they wrote. "Instead he should make a full recovery and hopefully be wiser for the experience."

More confusing to Facebook commenters than his decision to climb in beforehand, was his unconvincing excuse afterwards.

"He had 2 days to come up with a reason why he was there and that's what he came up with lol," one wrote.