Lil Pump, the rapper recently most famous for hitching his hip-hop wagon to the Trump train, has been banned from JetBlue Airlines after reportedly refusing to keep a mask on during a Sunday flight.A representative for JetBlue confirmed to USA Today th…

Lil Pump, the rapper recently most famous for hitching his hip-hop wagon to the Trump train, has been banned from JetBlue Airlines after reportedly refusing to keep a mask on during a Sunday flight.

A representative for JetBlue confirmed to USA Today that a passenger assumed to be the MAGA-boosting rapper "became verbally abusive with crew members after being asked multiple times and refusing to comply with JetBlue's face-covering policy. … His return reservation was cancelled and he is no longer welcome to fly on JetBlue. The safety of all customers and crew members is JetBlue's first priority," company rep Derek Dombrowski told the newspaper. 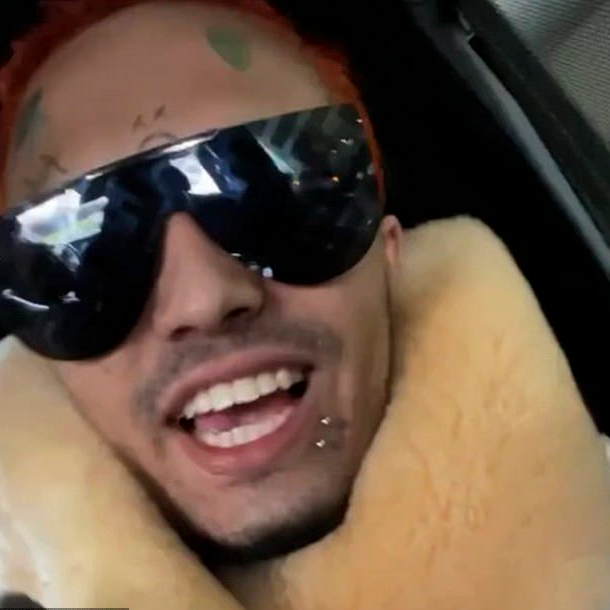 However, according to a report on TMZ, Lil Pump did finally put his mask back on before the end of the flight, after being told that airport police had been called and would be waiting for him at LAX. Prior to that, according to flight-deck correspondence, TMZ said it obtained, the rapper was "sneezing and coughing into a blanket sans mask (perhaps on purpose)." Apparently, no arrests were made after the plane touched down.

The 20-year-old's star of infamy rose when he appeared with Donald Trump at the sitting president's final campaign rally in the early morning hours of November 3 in Grand Rapids, Michigan, at which Trump called him "Lil Pimp" before correcting himself.

Since then, the performer has doubled down on his trolling efforts as a right-leaning rap outlier, including a recent would-be takedown of Eminem.

On Christmas Eve, Lil Pump took to Instagram to say, apropos of apparently nothing, "F--- Eminem. You is lame as hell, ain't nobody listening to your old ass. You lame as f---, b----."

Lil Pump's last major chart hit was the 2018 top 10 single 'I Love It,' a collaborative effort with another MAGA-supporting hip-hop artist, Kanye West. 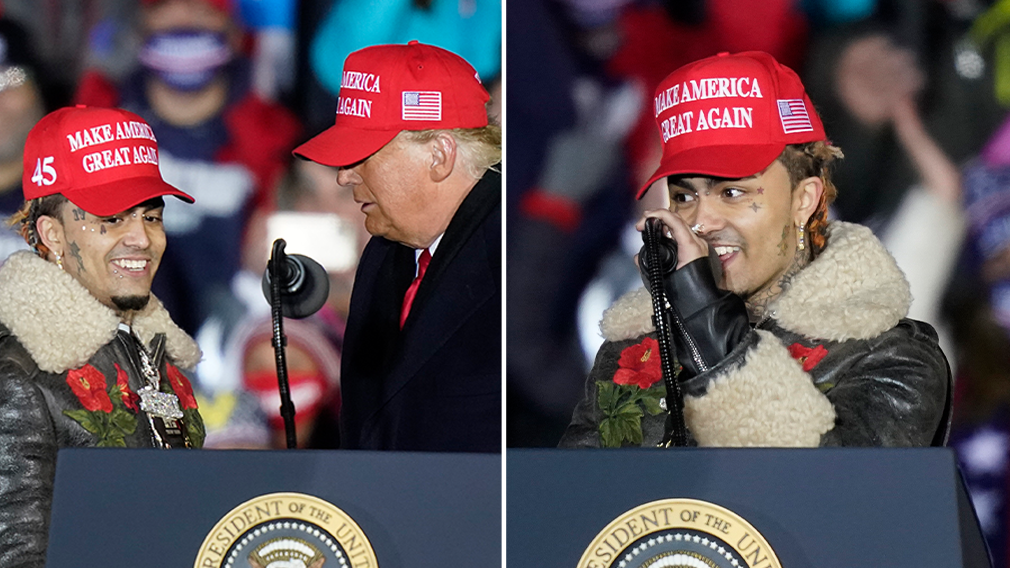 Lil Pump may already not have been airlines' favourite frequent flier. In December 2018, he was taken off a plane after baggage handlers noticed "a strong odour of weed" coming from one of his bags, and he was arrested for disorderly conduct after tangling with TSA agent in the terminal.

JetBlue's pandemic-era policy requires all passengers 2 years and older to mask up throughout flight. It's not known whether Lil Pump attempted to have his name taken literally as proof he did not meet the age requirement.