Megan Fox and Machine Gun Kelly have made their first red carpet appearance together since announcing their engagement.The pair, who revealed the exciting news via Instagram last week, looked happier than ever at the Dolce & Gabbana Men’s F/W23 fas…

Megan Fox and Machine Gun Kelly have made their first red carpet appearance together since announcing their engagement.

The pair, who revealed the exciting news via Instagram last week, looked happier than ever at the Dolce & Gabbana Men's F/W23 fashion show in Milan, Italy over the weekend.

Kelly, whose real name is Colson Baker, seemingly coordinated his outfit with his fiancée — he wore a black diamond-encrusted suit while Fox, 35, opted for a black lacy look paired with black leather pants and a matching diamond-encrusted choker and belt. 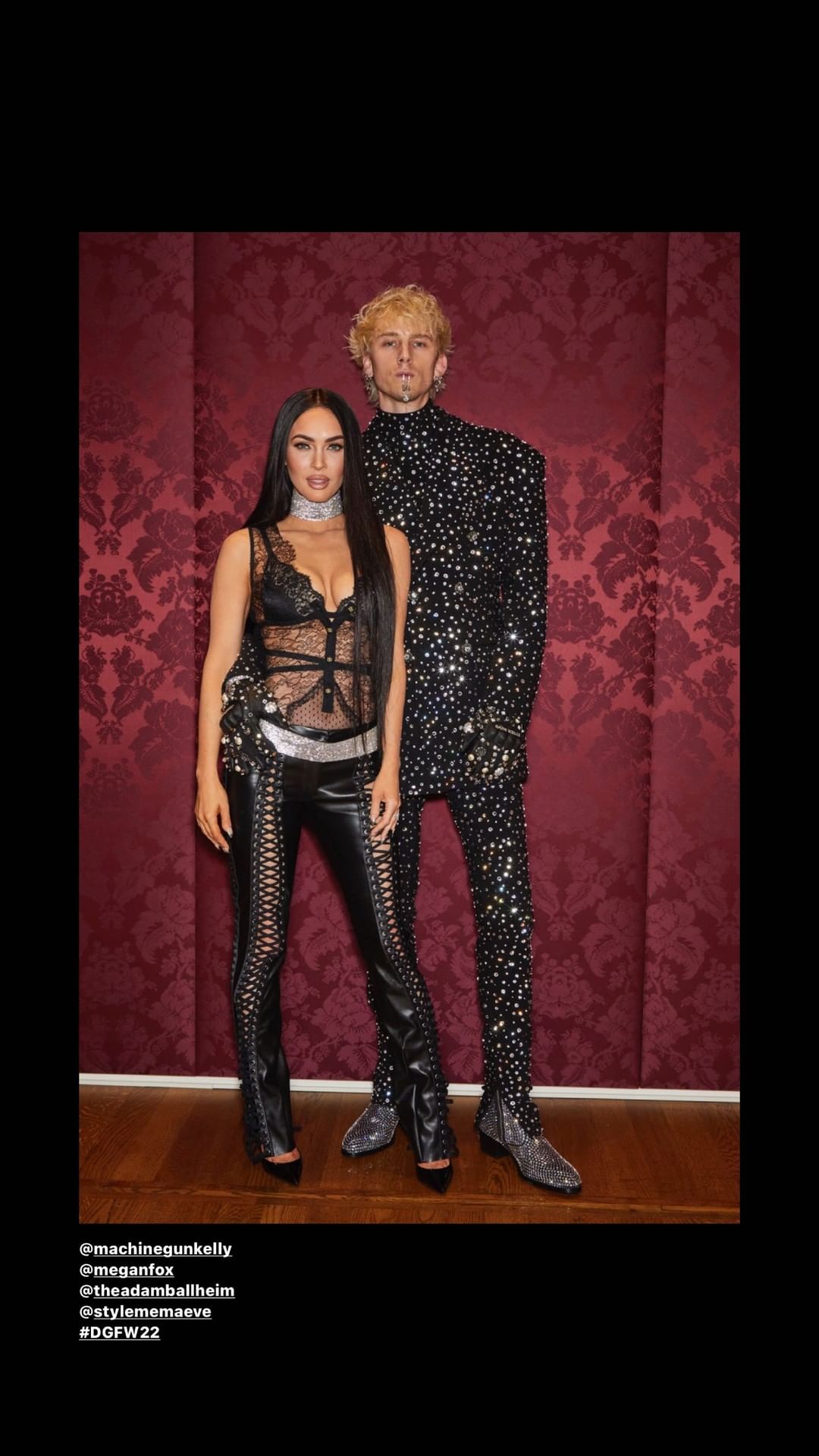 The 'Downfalls High' hitmaker, 31, opened the Dolce & Gabbana show with a musical performance and later walked the runway at the event.

On Wednesday last week, the couple announced their engagement in two separate posts on their respective Instagram accounts.

"In July of 2020 we sat under this banyan tree," Fox wrote in the caption of her post. "We asked for magic. We were oblivious to the pain we would face together in such a short, frenetic period of time. Unaware of the work and sacrifices the relationship would require from us but intoxicated off of the love. And the karma." 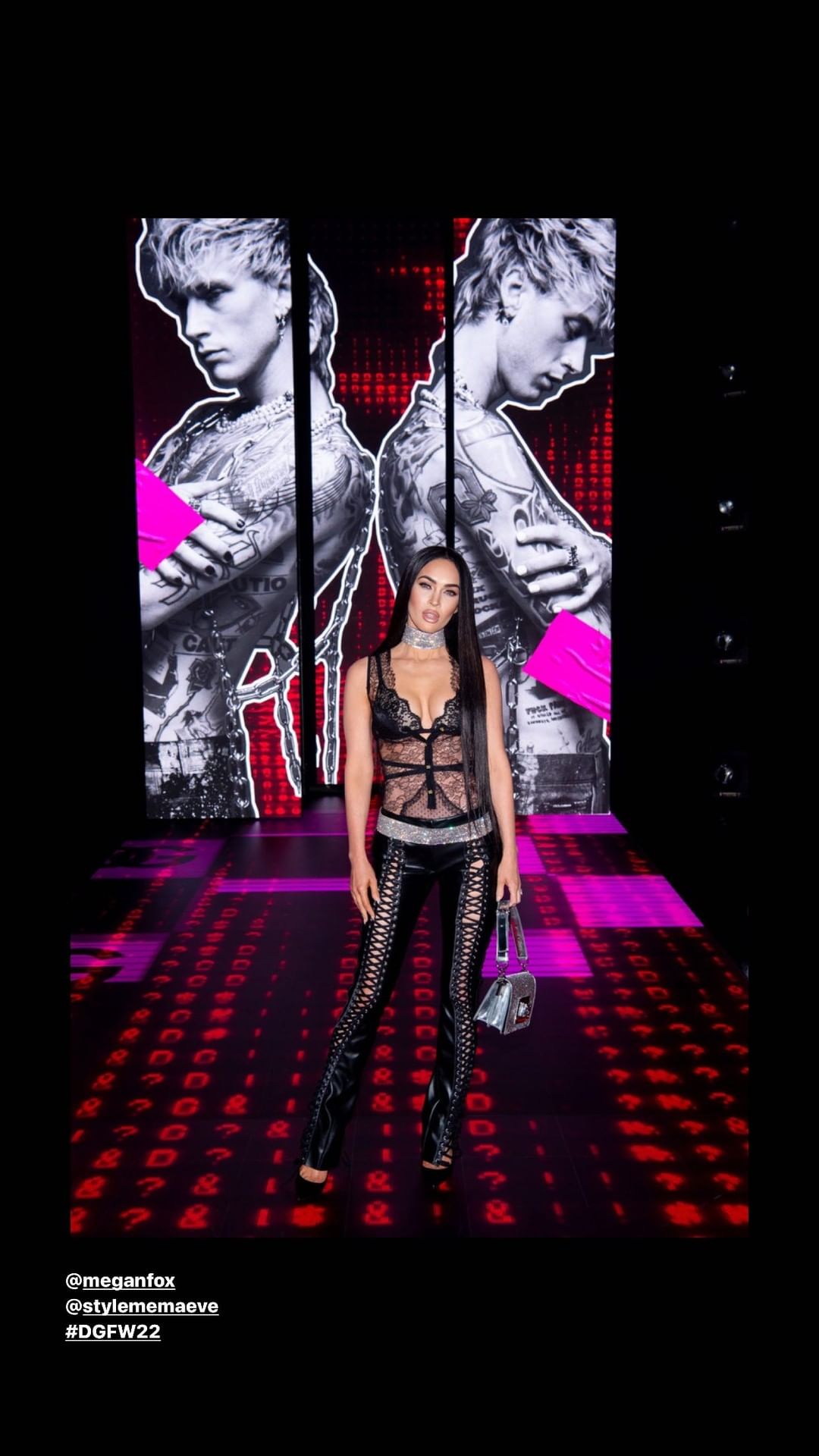 "Somehow a year and a half later, having walked through hell together, and having laughed more than I ever imagined possible, he asked me to marry him. And just as in every lifetime before this one, and as in every lifetime that will follow it, I said yes.…and then we drank each other's blood. 1.11.22 ✨."

In his own Instagram post, Kelly shared a video of Fox's hand, showing off the emerald and diamond engagement ring.

"'Yes, in this life and every life' 💍 beneath the same branches we fell in love under, i brought her back to ask her to marry me," he wrote in the caption. 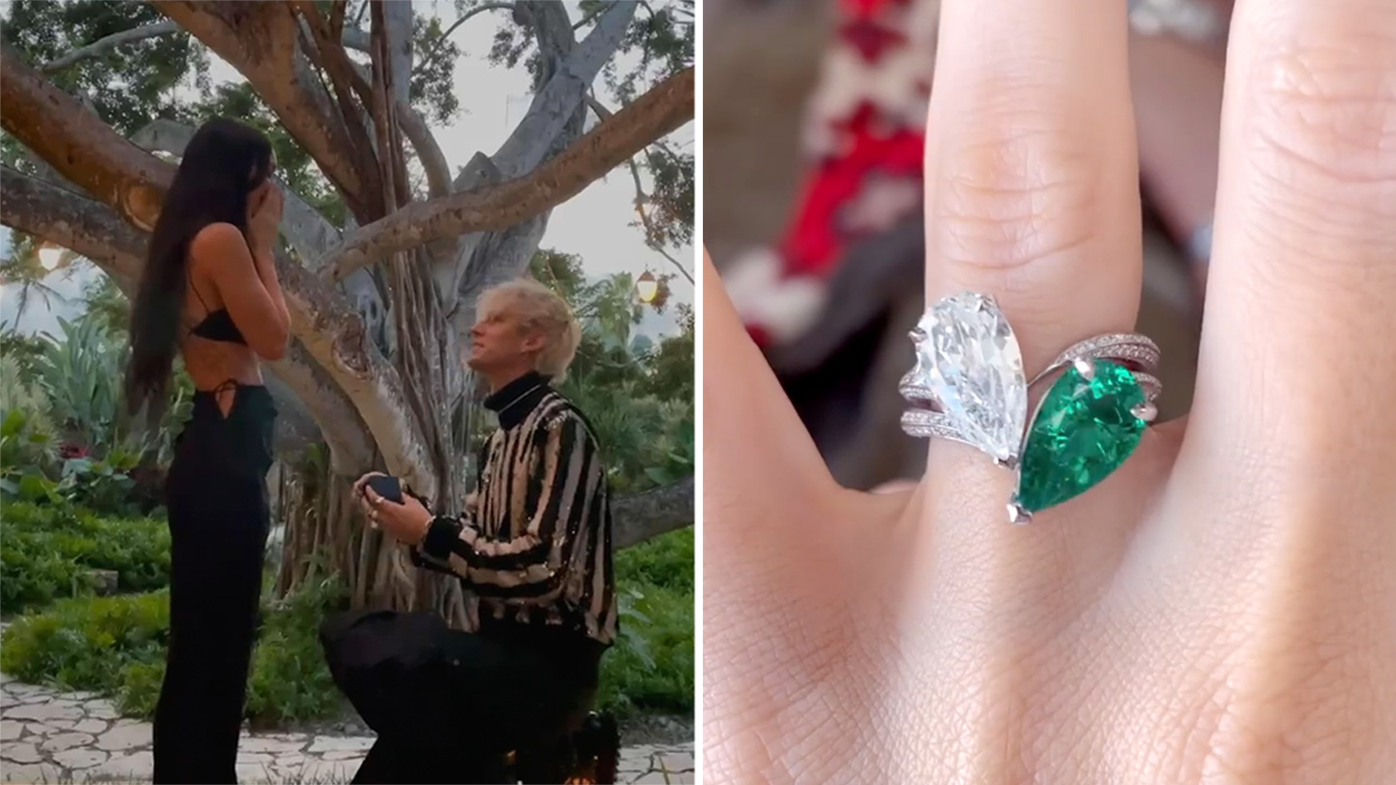 Fox met Kelly in 2020 while on set of Midnight in the Switchgrass. They then went public with their relationship after the Transformers star was featured in the singer's 'Bloody Valentine' music video.

"I looked into his eyes, I felt the most pristine, most gentle, most pure spirit," Fox said of the musician in an interview with Nylon. "My heart shattered immediately and I just knew that I was f---ed."