Love was all around at today’s MTV Movie & TV Awards because couples both onscreen and in real life were exchanging kisses in front of the camera. It all began when TikTok-sensation-turned-actress Addison Rae, 20, and Cobra Kai star Tanner Buchanan…

Love was all around at today's MTV Movie & TV Awards because couples both onscreen and in real life were exchanging kisses in front of the camera.

It all began when TikTok-sensation-turned-actress Addison Rae, 20, and Cobra Kai star Tanner Buchanan, 22, locked lips on stage before presenting the award for Best Kiss.

Frankly, the couple — who have undeniable chemistry on the set of their new movie, He's All That, a reboot of the beloved '90s classic, She's All That — could have won the title themselves.

The duo eventually came up for air to award the coveted gold-plated popcorn trophy to real-life couple Chase Stokes and Madelyn Cline, who won for their steamy kisses on the Netflix series Outer Banks, where they play love interests, John B and Sarah Cameron.

"Thank you MTV. Thank you to the fans for supporting the show," Stokes, 28, said on stage, with 23-year-old Cline adding, "You guys are so passionate and wonderful. This is you, this is all you."

READ MORE: Every red carpet look at the 2021 MTV Movie and TV Awards Not to be outdone by Rae and Tanner, the Netflix stars then showed the audience why they were the rightful recipients of the award.

"I feel like there are so many people I want to thank that I'm not sure of. I'm kind of panicking right now," Stoked continued, before Cline told him to shut up so she could kiss him. Watch the video above. 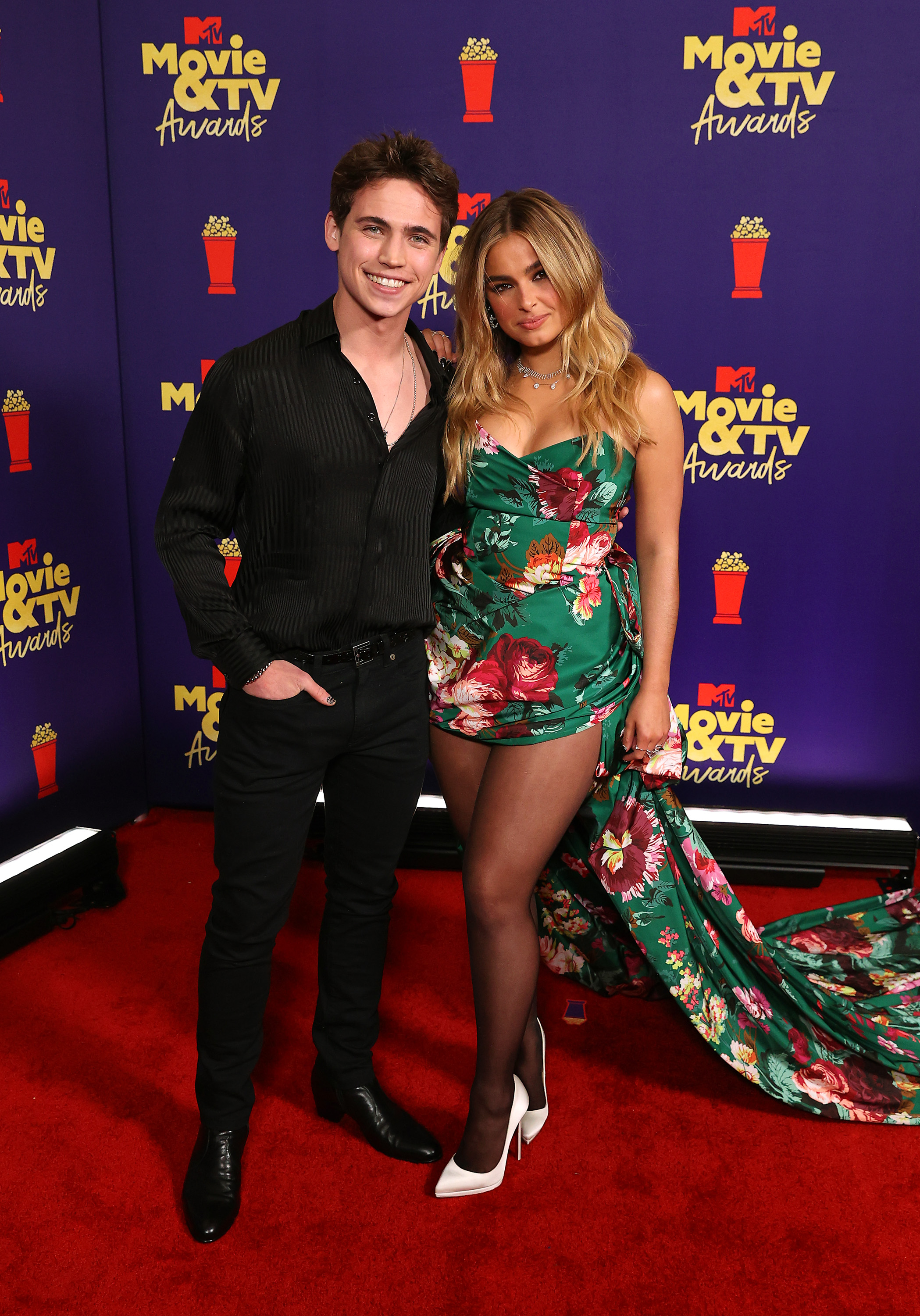 The couple first went public with their romance in June 2020 after Season 1 of Outer Banks wrapped on Netflix.

To win Best Kiss, the co-stars beat out the likes of Bridgerton stars Regé-Jean Page and Phoebe Dynevor, Killing Eve stars Jodie Comer and Sandra Oh, Emily in Paris stars Lily Collins and Lucas Bravo, and Never Have I Ever stars Maitreyi Ramakrishnan and Jaren Lewison.