“If people are going to go on my social media and call me a Gestapo, carry on, it’s not going to change my point of view.”
Lisa Vanderpump is standing firmly behind her decision to require either proof of vaccination or a negativ… 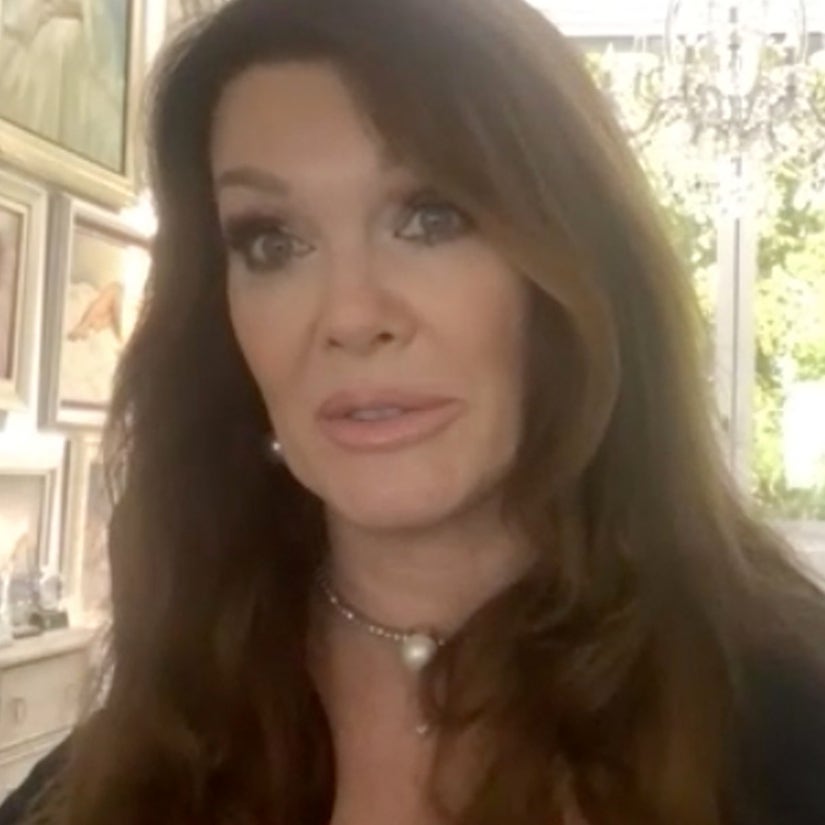 "If people are going to go on my social media and call me a Gestapo, carry on, it's not going to change my point of view."

Lisa Vanderpump is standing firmly behind her decision to require either proof of vaccination or a negative Covid test for entry to her Los Angeles establishments, including Tom Tom and PUMP.

The move was announced earlier this month, citing an increase in cases of the delta variant and a desire to keep both the staff and guests safe. Her announcement was met with praise from some fans and "Vanderpump Rules" cast member Kristen Doute, while others -- including Vicki Gunvalson's fiancé and gubernatorial hopeful Steve Lodge -- criticized her for what they saw as an infringements on their rights.

"They have a right not to go, so they should use that right," LVP told TooFab when we spoke with her about her new partnership with Febreze Unstopables TOUCH Fabric Refresher. "I have a right to protect my staff and my customers."

"I'm not saying it's mandatory vaccination. I would like to, but we can't, people have their own choice. But I am saying we want to see a negative test because I'm protective of the situation," she continued. "I was one of the last ones to open out of everybody, especially Tom Tom because it was more of a bar feel and I'm protective about it."

In a video Lodge shared to Instagram after the mandate was announced, he exclaimed, "Whatever happened to the right of privacy of your health records?" He went on to ask why the establishments were also requiring proof of vaccination for ailments such as Ebola, the flu, hepatitis, the measles and STDs -- and added, "I guess the great unwashed and unvaccinated will have to spend their restaurant dollars elsewhere."

"When Vicki Gunvalson's boyfriend is comparing Ebola ... Ebola is a terribly contagious disease. I spoke with the United Nations about it," she told TooFab. "If 600,000 people in America had died from Ebola, trust me, I would want an Ebola vaccine as well before you came into my restaurant. But that wasn't the way, so making those kind of comparisons is bulls---."

"Take his rights and go somewhere else, I'm happy with that," she added. "I'm not going to miss him."

Sharing that she understands some people have legitimate reasons they can't get vaccinated -- like people under the age of 12 and those who are immunocompromised -- Vanderpump said she "really feels for" that portion of the population. "It's precarious out there if they can't be and how are they gonna live their life?" she asked. "We eradicated polio and chicken pox. Somebody really young was saying, 'What's chicken pox?' Exactly. I hope my grandchildren will say, 'What's Covid?' We need to get rid of it."

Vanderpump herself is vaccinated against Covid and "everything" else since childhood -- and said her mandate and overall caution is also in support of her 76-year-old husband Ken Todd and her pregnant daughter, Pandora. "We will do everything we can to stay safe," she added.

And to her detractors, she concluded with this: "I'm pro-vaccine very much and if people are going to go on my social media and call me a gestapo, carry on, it's not going to change my point of view."

Throughout the pandemic, Vanderpump has been happy to have her home serve as her personal "paradise." She noted, however, "when I was on my own, having to clean this paradise, 14,000 square foot of it, it was a lot of work."

She added that she's done a lot of upholstering over the past year -- noting how important is it to "keep the look of the house and smell of the house perfect" -- and has also been freshening up her home with Febreze Touch Fabric Spray. Learn more about her partnership with Febreze and her Touch 'n Sniff pillows here.