“Be angry be scared be hurt be devastated cry feel all of the grief. Feel all of the feelings,” writes Rinna. “But please don’t threaten to kill us or our families.”
“Real Housewives of Beverly Hills” fans have always been passio… 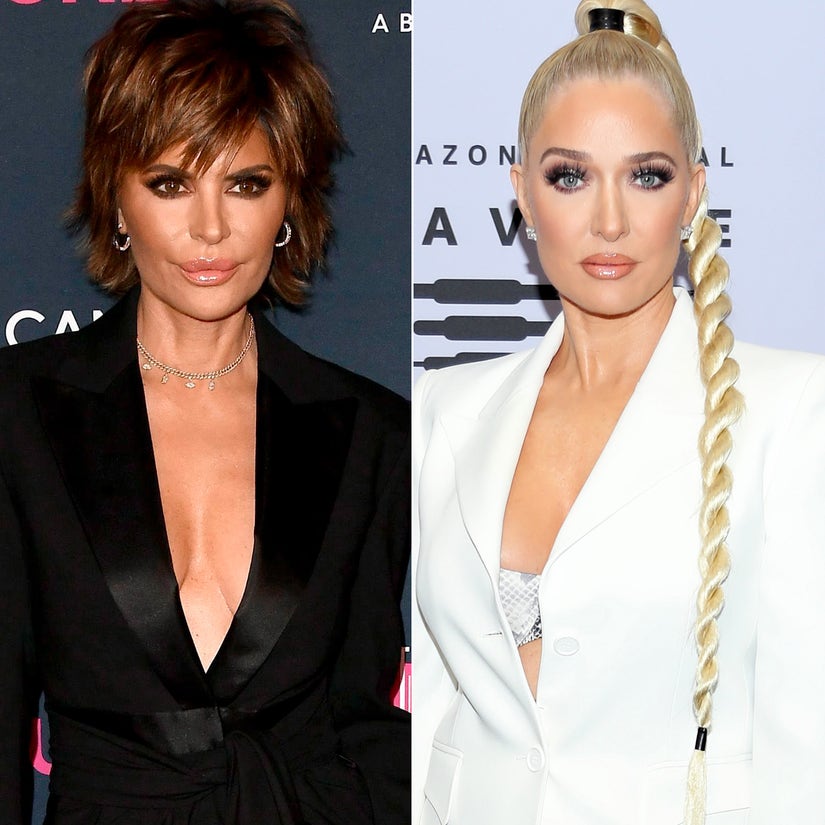 "Be angry be scared be hurt be devastated cry feel all of the grief. Feel all of the feelings," writes Rinna. "But please don't threaten to kill us or our families."

"Real Housewives of Beverly Hills" fans have always been passionate about the show and its cast, but both Erika Jayne and Lisa Rinna are asking that they rein it in and pump the brakes.

This season has seen Jayne's ongoing legal battle unfold on-screen, with real-time reactions from the other cast-members in the wake of the Los Angeles Times article, "The Rise and Fall of Tom Girardi and Erika Jayne." But it's also seen an increasing level of vitriol and hate being spewed forth at her via social media.

Jayne took to her own platform on Friday where she shared a screenshot where someone had captioned an image of her with claims from Page Six: "REVEALED: RHOBH's Erika Jayne spent $25M from estranged husband's law firm on her glam squad, PR firms, a dance agency and 114m in Amex purchases."

In response to that post, someone else had commented (and tagged her), writing, "@theprettymess needs to be executed."

"Trying to kill me now?" Jayne captioned her share. "Stop threatening my life."

Later, she shared a disturbing DM she'd gotten from another fan, asking if she was scared yet, calling her a marked woman and saying she should be "worried about being in public."

Jayne filed for divorce from her ex-husband of 20 years in November of last year. A month later, both were sued and facing allegations that the divorce was fraudulent in an effort to embezzle money intended for victims' families as part of a settlement in a 2018 plane crash.

READ:  Benny The Butcher Opens Up About Shooting

Amid multiple allegations levied against Girardi -- including stealing from cancer patients, a burn victim and the families of plane crash victims -- is one where the aforementioned $25 million was deposited from his firm and into the account of EJ Global LLC, the company set up for Jayne's performing arts career. At question for the cast this season has been how much, if anything, Jayne knew about her husband's business dealings, or where this $25 million came from.

Lisa Rinna has been taking a wait-and-see approach on the show, and even echoed that in a recent appearance with Andy Cohen.

"I've known Erika a long time, I don't think she knew anything," said Lisa. "You tell me how she would know, why would Tom Girardi tell Erika anything? The lawyers didn't even know. That is how I feel, I'm gonna stand by it, if I'm wrong, I'll f---ing deal with it. That's my feeling."

As such, when the haters started piling on, Rinna jumped on her own Instagram page with a message for all of them. "Be angry be scared be hurt be devastated cry feel all of the grief. Feel all of the feelings," writes Rinna. "But please don't threaten to kill us or our families."

"We are here doing the best we can with a real life situation that is playing out in real time. We are devastated for the victims orphans and widows," she continued. "Please be patient and be hopeful that justice will prevail."

It's not the job of fans to pre-judge and threaten anyone amid an ongoing legal situation. That's what the legal system was put in place to do, ferret out the truth and then determine appropriate punishments, if guilty.

Passionate fans need to keep themselves in check and wait to find out what happens as Jayne's story continues to play out both in the courts and on "The Real Housewives of Beverly Hills," Wednesdays at 8 p.m. ET on Bravo. And even then, tone it down.