To mark the special occasion, the singer shared a video of the couple enjoying a romantic dinner (watch above) while also posting never-before-seen photos taken from their Las Vegas nuptials.

"1 year down with this guy. Happy Anniversary baby @dkharbour. I prefer my life with you in it. You can stay. 😘," the 36-year-old captioned the post. 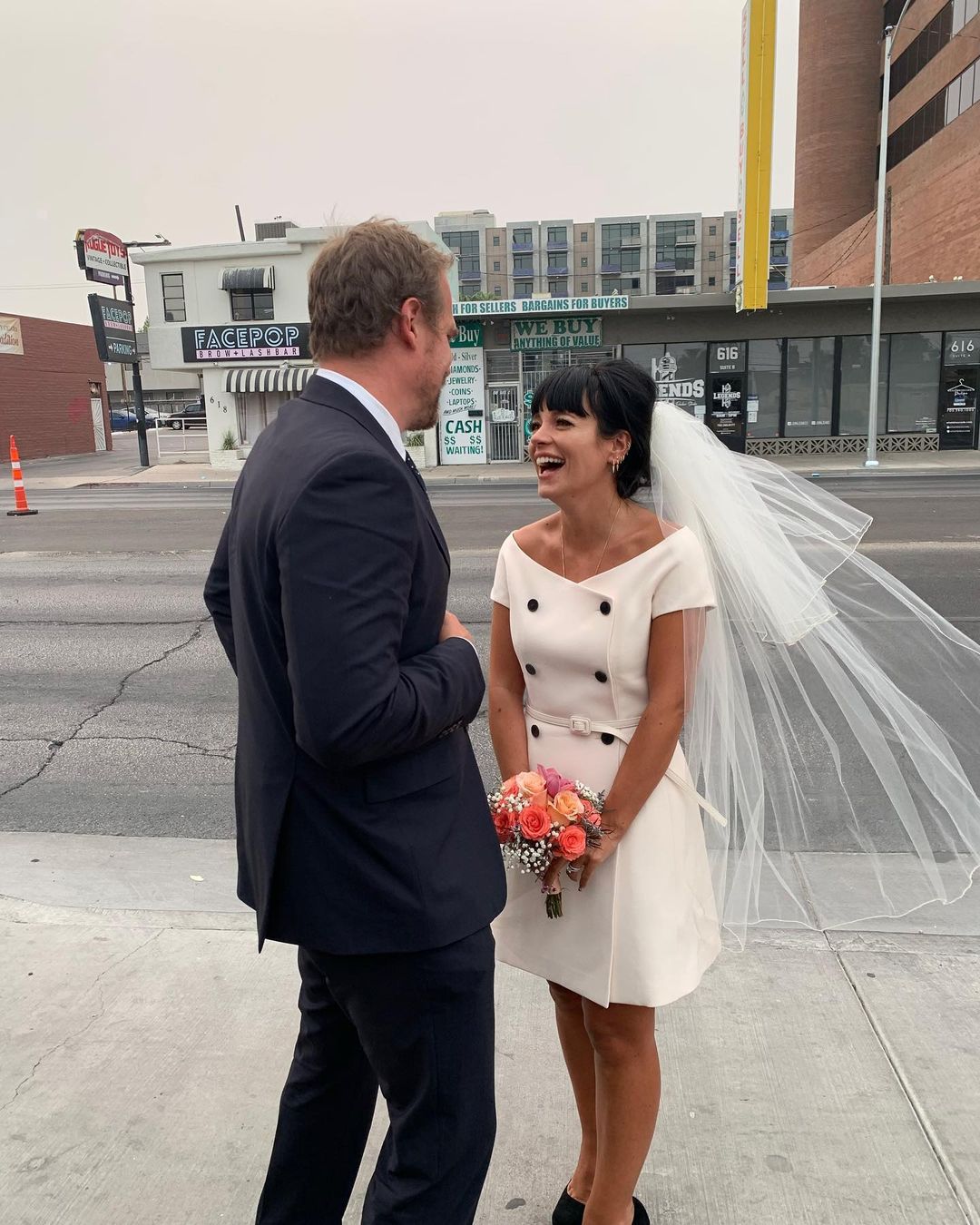 Among the images shared were photos of Allen's two daughters — Ethel, nine, and Marnie, eight — who acted as flower girls on the big day.

In the sweet snap, the girls, who Allen shares with ex-husband Sam Cooper, were dressed in cute matching pink ruffled dresses as they held pink and orange roses. 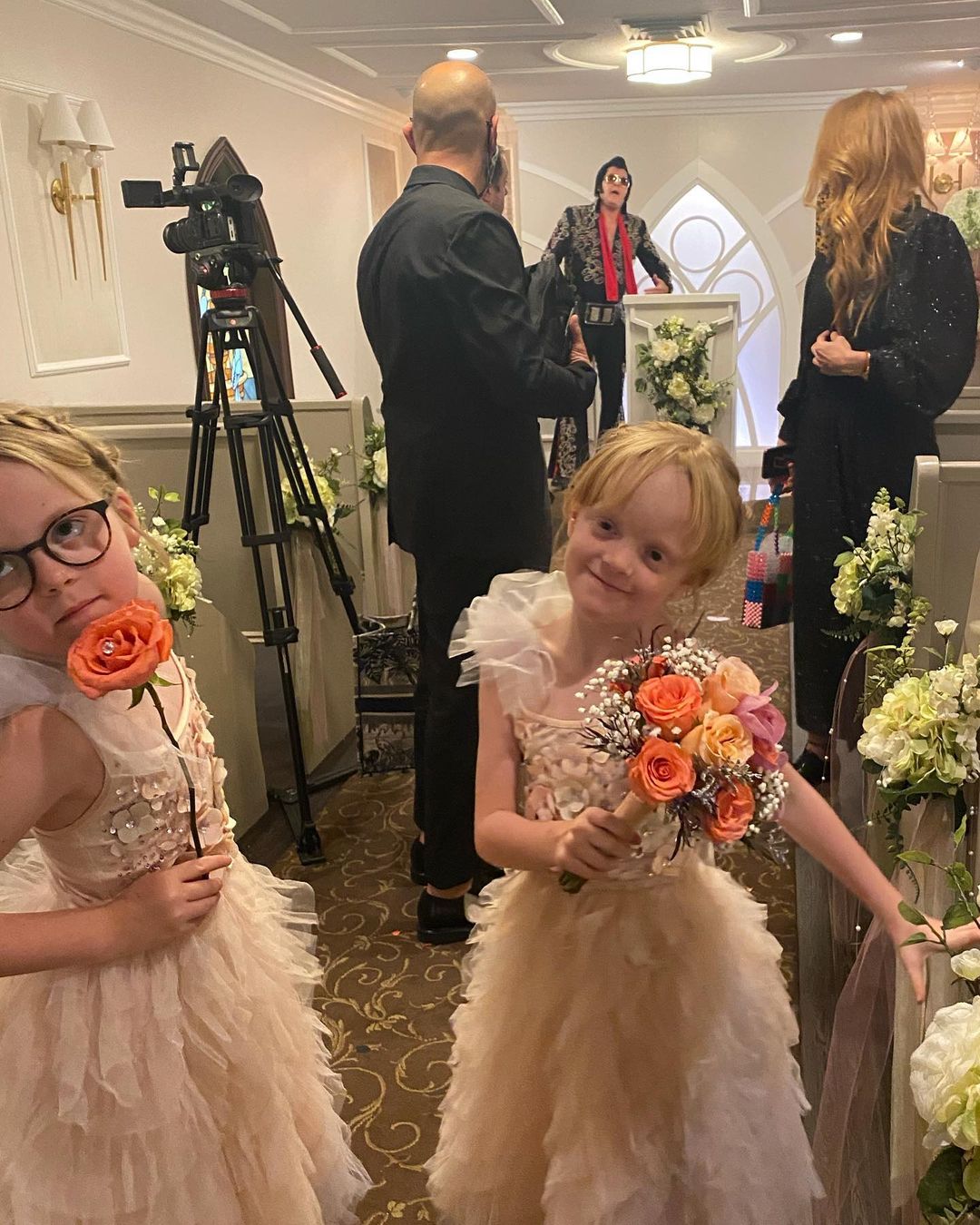 In the background was Elvis Presley impersonator Brendan Paul, who married Allen and 46-year-old Harbour at the famous Graceland Wedding Chapel in Sin City.

The wedding was far from conventional. Allen wore a short blazer dress with a veil and the newlyweds then took Ethel and Marnie for a bite to eat at In-N-Out burgers, which they ate in a car park. 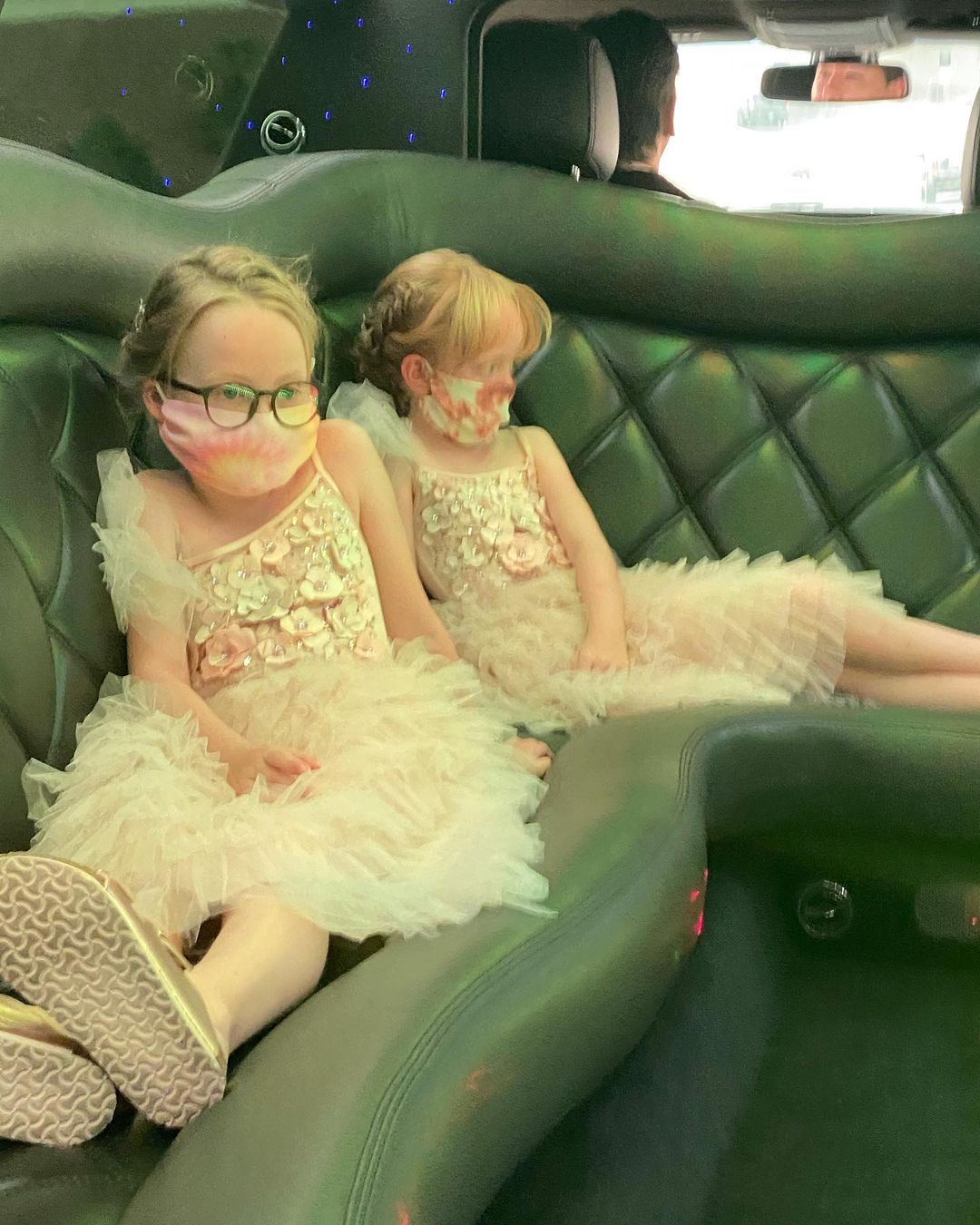 "In a wedding officiated by the king himself, the people's princess wed her devoted, low born, but kind credit card holder in a beautiful ceremony lit by the ashen skies courtesy of a burning state miles away in the midst of a global pandemic," Harbour wrote on Instagram at the time as he shared photos from the ceremony and car park reception. "Refreshments were served at a small reception following."

The couple first went public with their relationship in 2019 after they were seen catching a West End production of The Lehman Trilogy. A public kissing session followed in New York at Madison Square Garden later that year before they made their red-carpet debut at the SAG Awards in LA in January 2020.