He also has advice for anyone going through it.
Millions of investment dollars are currently being poured into medical research of psychedelics — and Lil Xan is all for it.
The rapper believes believes the mind-altering d… 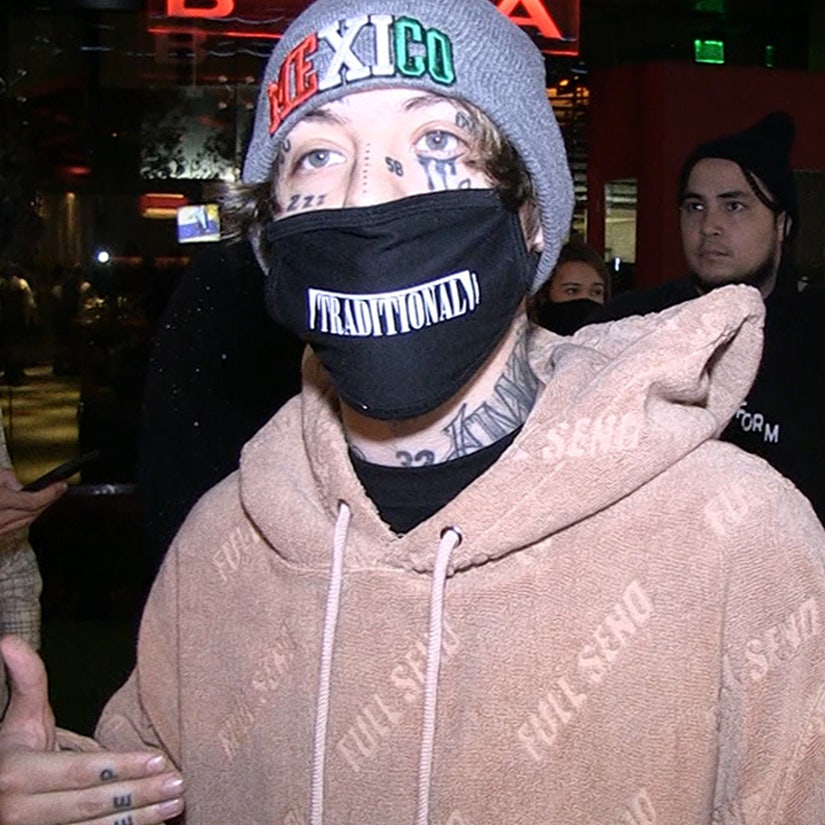 He also has advice for anyone going through it.

Millions of investment dollars are currently being poured into medical research of psychedelics — and Lil Xan is all for it.

The rapper believes believes the mind-altering drugs should be legalized, to help people battle against depression.

"I think mental issues and depression, everyone deals with the differently, and everybody has their own way of coping with it and stuff," he said, after a night out at BOA in LA this week.

"I think we should legalize psychedelics because I do think some people really do benefit off the effects of psychedelics and stuff, so I'm all for the legalization of that."

The 24-year-old, whose real name is Nicholas Diego Leanos, has himself struggled with depression, as well as addiction to pharmaceuticals in the past — hence the stage name; he is now sober and actively speaks out against use of the drug.

The use of one drug while staying off another can pose a quandary for him and others trying to avoid compromising their sobriety; Xan agrees there could be a psychedelics-equivalent to "California sober", in which people avoid alcohol but still smoke weed.

"I would actually tell people — I don't know about MDMA — but the magic mushrooms and stuff? Try it, maybe," he said.

"I used to micro-dose too so, you know, try it. If it helps, it helps. If it doesn't, maybe you should try to find... like, everybody has a different way of coping with things."

Just this week, a study lead by Dr. Rick Doblin and published in the journal Nature Medicine found that MDMA paired with counseling brought marked relief to patients with severe post-traumatic stress disorder, according to the New York Times.

This comes on the back of a New England Journal of Medicine study that highlighted the benefits of treating depression with psilocybin, the psychoactive ingredient in magic mushrooms.

Both discoveries have helped increase the flow of money currently being invested into start-up research centers.

As for anyone who is currently suffering from depression, Xan had these words of advice:

"And any advice I'd give is, you're not alone, everybody struggles through this stuff. I'm still going through my own mental issues and stuff, and you're just not alone, try to find help any way you can — you're loved. Someone loves you."