Looks like Deadpool and Wolverine are not the only ones.
Researchers discovered seas slugs can chop off their own heads and grow new bodies, which ecologist Sayaka Mitoh described as a “horror movie” when she came upon the specta… 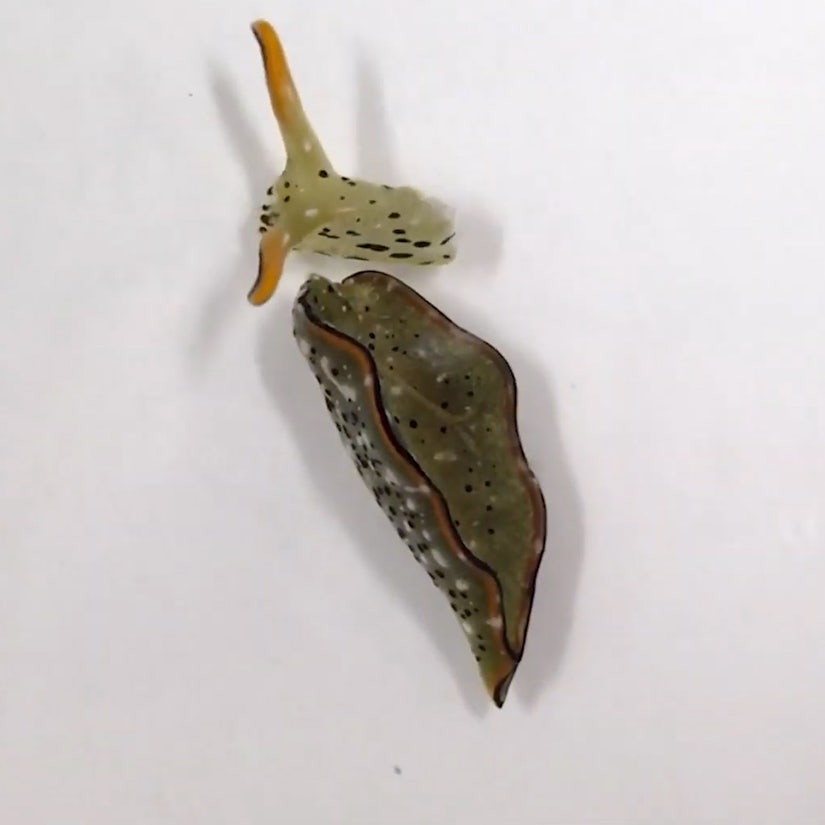 Looks like Deadpool and Wolverine are not the only ones.

Researchers discovered seas slugs can chop off their own heads and grow new bodies, which ecologist Sayaka Mitoh described as a "horror movie" when she came upon the spectacle at the Nara Women's University in Japan recently.

In a study reported in "Current Biology" on Monday, Mitoh recalled how she entered her lab one day to find a slug had decapitated itself but the head was still moving around the tank.

"We thought that it would die soon without a heart and other important organs," she explained.

However, both species of the underwater creepy crawlers -- Elysia cf. marginata and Elysia atroviridis -- proved they could survive the beheading, which astonished scientists in what Mitoh's lab partner, Yoichi Yusa, deemed "the most extreme case of autotomy."

"Some animals can autotomize their legs or appendages or tails, but no other animal shed their whole body," Yusa added.

They discovered some of the slugs could regenerate a heart within seven days, with their entire body back after 20. One slug was even able to regenerate twice. The detached and discarded body even reacted to stimuli for days after, sometimes even a month.

As for how the slugs manage to perform such a feat, Yusa said she suspects it is much like a plant getting energy from oxygen and sunlight. The tiny head can survive by munching on algae and photosynthesizing the food.

Although the research team couldn't pinpoint why the slugs performed such acts, Mitoh said some animals do so when parasites inhibit reproduction.

READ:  Taylor Swift Didn't Just Own Her Voice in 2020, She Took It Back

Whatever the case, scientists will continue to look into the phenomenon, as scientists believes the research "could one day lead to advances in regenerative medicine and other fields," according to The New York Times.