The rock star also had a hilarious response to Arsenio Hall’s comment.
Looks like Lenny Kravitz is ready to be in the next “Magic Mike.”
The rock star shared a drool-worthy snap of his insanely muscular torso to Instagram… 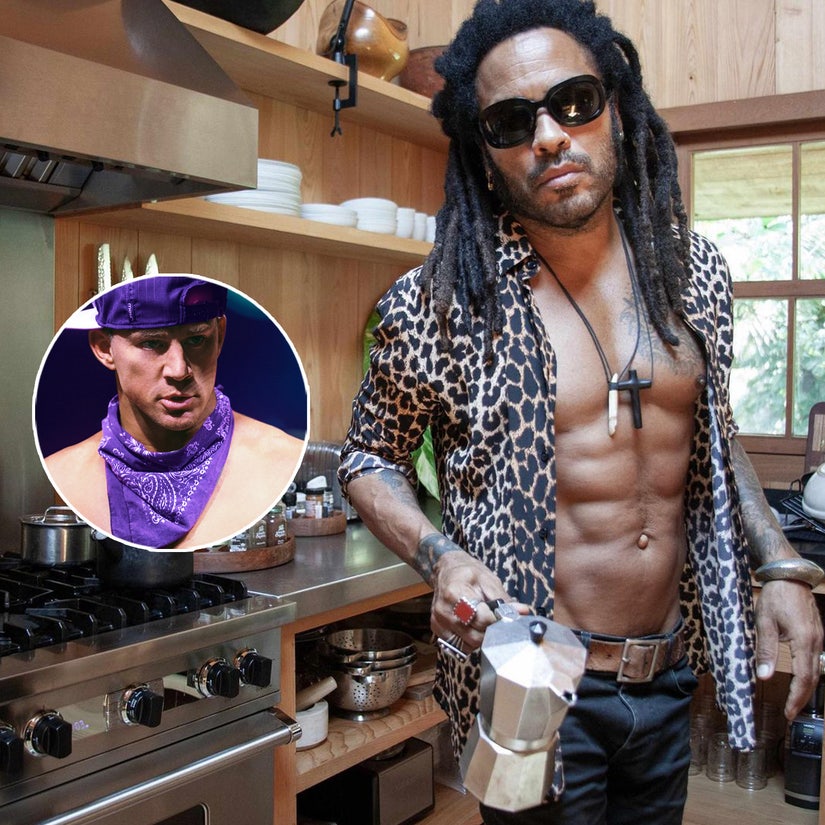 The rock star also had a hilarious response to Arsenio Hall's comment.

Looks like Lenny Kravitz is ready to be in the next "Magic Mike."

The rock star shared a drool-worthy snap of his insanely muscular torso to Instagram on Wednesday, writing, "2:37pm. Good morning. All nighter in the studio last night. 3 albums on the horizon. Going back in. Love."

Although the 57-year-old didn't refer to his ripped abs and perfect pecs with the casual caption, fans definitely took notice of the fit photo, as Lenny's comments section was flooded with fire and heart emojis.

One A-list stan, Channing Tatum, even posted, "Good god man! What are you eating or what's in the water or the genes. It's not natural. Do you just do abs like all day?"

Lenny replied with a hilarious reference to Tatum's filmography, saying, "Dude, I'm just trying to get in the next Magic Mike. Any connections?"

It's pretty clear Lenny is a fan of Tatum and his work -- and that's a good thing, since Channing has been linked with Zoe Kravitz recently. The two were spotted together two weeks ago getting cozy at the Met Gala after parties.

The actress even brought up the idea of Lenny going out for the "Magic Mike" franchise back in July after her poppa posted a different open-shirt snap. She tagged Channing too, who commented, "Oh s---!! Doing the lords work I see!! Will be calling you shortly to get into your schedule my friend. Hehehe."

There's no update on a potential "Mike Mike 3" happening just yet -- but getting Lenny on board could be an easy way to get one greenlit!

Meanwhile, Channing wasn't the only member of Tinseltown to chime in on Kravitz's Wednesday thirst trap. Arsenio Hall joked, "I hate when my friends hack a photo and put their head …on my body! #comeonfam 😡"

"Sorry bro, I won't do it again," Lenny cracked.