Kim Kardashian has stepped out in another bondage-style outfit, hours ahead of the prestigious Met Gala 2021 event.The Keeping Up with the Kardashians star shocked fans after sporting a head-to-toe Balenciaga leather ensemble, equipped with full face c…

Kim Kardashian has stepped out in another bondage-style outfit, hours ahead of the prestigious Met Gala 2021 event.

The Keeping Up with the Kardashians star shocked fans after sporting a head-to-toe Balenciaga leather ensemble, equipped with full face coverage.

Arriving in New York City ahead of fashion's night of nights, Kardashian was pictured in the outfit, paired with a trench coat, matching gloves and stiletto boots.

The outfit had a single opening, allowing for her long ponytail to come through.

Sharing an image of the outfit to Instagram, Kardashian simply captioned the post with a knife emoji.

The full-coverage get-up comes after a string of similar outfits sported by the SKIMS founder over the past few weeks. 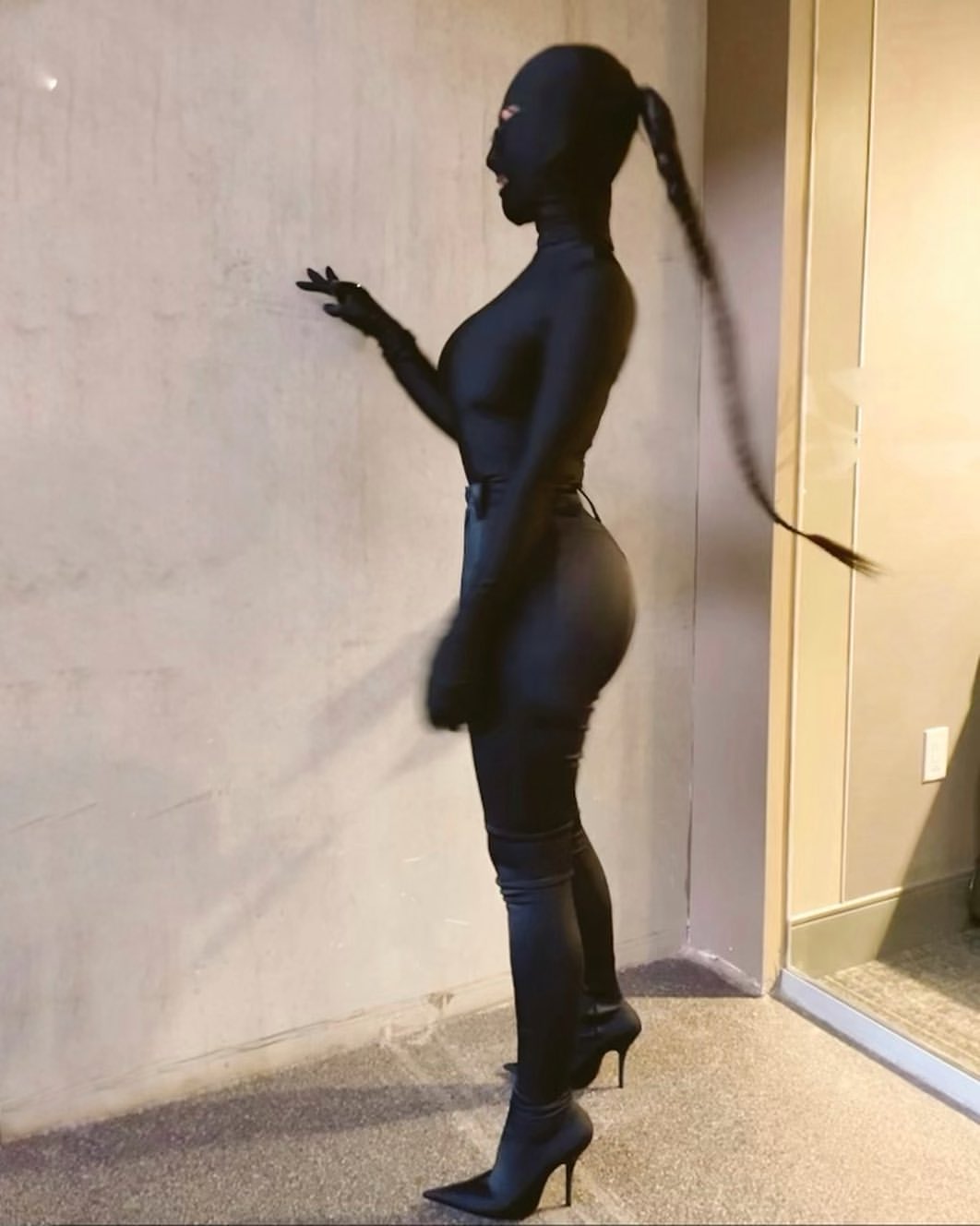 West also wore a similar outfit, with the addition of a bulletproof vest featuring the name of his album.

Kardashian arrived ahead of the Met Gala alongside her sister Kourtney Kardashian and her boyfriend Travis Barker, who also wore all black, sporting hoodies and pants, and protective face masks.

READ MORE: Everything you need to know about the 2021 Met Gala

While the guest list has been kept under tight wraps ahead of the delayed Met Gala for 2021, the theme has been announced as "In America: A Lexicon of Fashion," which will be a celebration of American fashion. "American Independence" is listed as the official dress code.

The event will occur in two instalments, with the first commencing on September 13.