The actress is ready to get back in the habit … and on her vacuum.
Sounds like Kathy Najimy is about to take not one, but two, trips down memory lane.
With reboots and sequels continuing to be all the rage in Hollywood,… 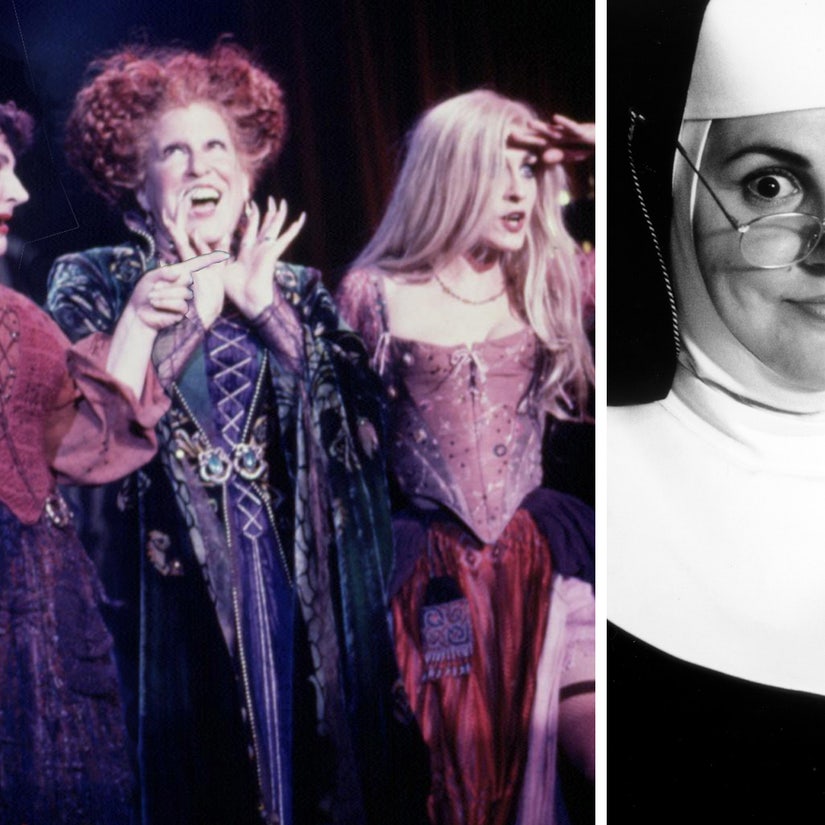 The actress is ready to get back in the habit ... and on her vacuum.

Sounds like Kathy Najimy is about to take not one, but two, trips down memory lane.

With reboots and sequels continuing to be all the rage in Hollywood, a pair of Najimy's '90s films are inching closer to new installments: "Hocus Pocus" and "Sister Act."

In a new interview with SiriusXM's The Jess Cagle Show, Najimy teased about both projects, which were confirmed during Disney's Investor Day presentation back in December. Both "Hocus Pocus 2" from Adam Shankman and "Sister Act 3," which Whoopi Goldberg will star in and producer, will be made exclusively for Disney+.

Laughing and choosing her words very carefully when asked about the witchy sequel with Sarah Jessica Parker and Bette Midler, Najimy said the three have been in contact about the film.

"So we talked a lot about notes and and we all have said in a perfect world, 'Yes,'" she continued. "Now it's just location, times and dates and how long and all that."

"So it's just, it's those things," concluded Najimy. "So, you know, I can't really give a yay or nay either way."

As far as "Sister Act" goes, Najimy also confirmed she's at least been part of talks about the third film, which will hopefully see her returning as nun Sister Mary Patrick.

"I just heard from Tom, Whoopi's assistant. No. Well, actually her better half, producer, wonderful partner, that she, that she's trying to get that going," referring to Goldberg's producing partner Tom Leonardis.

That's really all she'd say about the new project, before she recalled what she enjoyed so much about making the first ones.

"You know why I like that, no hair, no makeup, no Spanx. It's a win win for me," she said, before she was asked about filming the bar scene in which she sings, "Gravy for My Mashed Potatoes" (below).

"That was Emile Ardolino who directed it, who isn't with us anymore, who was so fun and kind and great," she recalled. "And he would literally say yes to anything that I wanted to do."

"And it's also Whoopi and you know, that I've known Whoopi for I think for 40 years," she added. "So, he just let us do whatever which was, for us, Disneyland, just being able to do whatever we want. So now he was really open to it. He would say, do that do more of that. Never said no, never edited us."

"That was really fun, that bar scene," continued Najimy, "because it was shot in LA and it was right next to a really great frozen yogurt place and we got to dance and sing and have extras dressed up like hard asses."