Khloe says everyone in the family could be more aware of when they’re being a “f—ing a——.”
The Kardashian family deals with enough negativity from the outside world that they don’t need to be adding to it themselves.
… 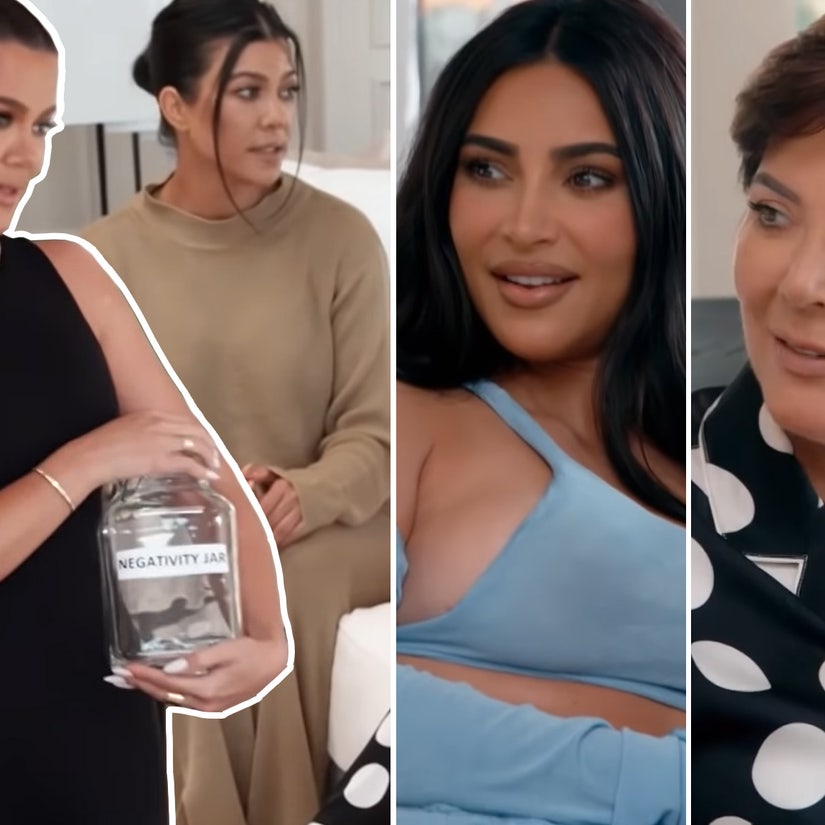 The Kardashian family deals with enough negativity from the outside world that they don't need to be adding to it themselves.

In a sneak peek at Thursday's new episode of "Keeping Up wit the Kardashians," Khloe, Kourtney and Kim Kardashian sit down with Kris Jenner to talk to her about her pessimistic attitude -- and reveal how they can all better themselves going forward.

"I have this fancy, schmancy jar. It's a negativity jar," says Khloe, showing off the money bucket. "Kourtney made a point, like every time I walk in here it's negative, people are like, 'What are you wearing? What'd you do to your hair?'"

"This is what we're gonna do. Until we're done with this house rental, we're going to put in a dollar," Khloe continues. "If you only have $5, you put in a $5 bill. If you only have $100, that's what goes in here. You're gonna take your bill, you're going to write your name, staple it to the bill and put in here. Whoever has the least amount of names in here, gets all the money."

In a confessional, Khloe says there's "nothing wrong with a family attitude adjustment" and believes the jar is a good way of making sure everyone is aware of when they're "being a f---ing a------" to one another. "We should want to change the narrative and be happy and have positive things to say about each other," she adds.

Looking at her mom, Kourtney says, "It's not what you say, it's how you say it. We speak in a way that's like, 'You should know better.' Guess where I learned it.'"

READ:  Kim Kardashian Details What She’s Looking For In Her Next Relationship

Kris was the first to admit they probably learned it from her. While they didn't necessarily disagree, Khloe also points out that Kris isn't the only one who is negative. "I don't want you to think it's an attack on you at all," she adds.

"It's generational, these things, and they pass down," says Kourtney, hoping to break the cycle. "Which is like why I'm trying not to do it with our kids."

In a confessional, she adds, "I notice that I'm negative when my children point it out and I do feel bad about it. I don't want to be Negative Nelly, I want to be a positive person. I'm going to work on that and hopefully be a little better with my attitude."

We'll see if it works when "KUWTK" airs Thursdays on E!