He made it to the final two.

As an early frontrunner on The Bachelorette season 17, fans want to know all The Bachelorette 2021 spoilers about Justin Glaze they can read to know whether or not he makes it to the end of Katie’s season.

Justin is one of 30-plus contestants on season 17 of The Bachelorette with Katie Thurston. Katie a 30-year-old bank marketing manager from Renton, Washington, was announced as the season 17 Bachelorette at the “After the Final Rose” special for season 25 of The Bachelor with Matt James in March. Katie was a contestant on Matt’s season and was eliminated in 10th place, which makes her one of the earliest Bachelor or Bachelorette eliminees to become the lead of her own season. (Michelle Young, a 27-year-old teacher from Edina, Minnesota, was also announced as the season 18 Bachelorette. Her season will premiere later this year.)

Katie filmed season 16 of The Bachelorette from the beginning of March to the end of April at the Hyatt Regency Tamaya Resort & Spa in New Mexico. Instead of Chris Harrison, her season was hosted by season 16 Bachelorette Tayshia Adams and season 11 Bachelorette Kaitlyn Bristowe.

In her Bachelor bio for Matt’s season, Katie said that she wants a man who is as “daring and adventurous” as she is. “Katie knows exactly what she wants in a man and is done wasting her time on boys who won’t live up to her expectations,” her bio read. “She is a witty storyteller who says when she finds someone worth committing to, she is the most loving and committed partner anyone could ask for. Katie is daring and adventurous.”

Her bio continued, “While Katie is serious about finding her person, she needs a man who can laugh along with her but is okay with him laughing at her too when the moment calls for it. Katie is looking for a mature man who has ambitions to succeed in everything he does, both personally and professionally. Her dream man will be passionate about building a long-term life with her and will treat Katie as his equal in the relationship. Nothing turns her off more than someone who sits around playing video games all day or a man who tries to kiss her at the inopportune moment … it’s all about creating the right vibe with Katie!” 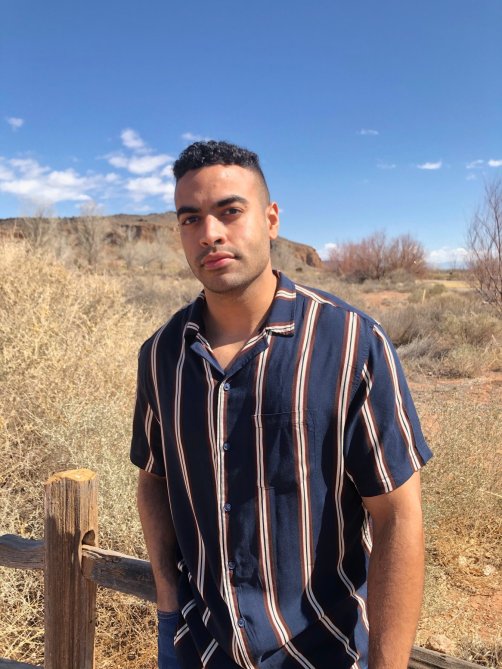 From her Bachelor bio, it seems like Katie and Justin have a lot in common, but does he win her season? Ahead are The Bachelorette 2021 spoilers about Justin we know so far. Read on to find out whether he makes it to the end of Katie’s season.

Who is Justin from The Bachelorette?

Justin is 26-year-old from Baltimore, Maryland. In his Bachelorette bio, Justin called himself “one hell of a catch” for two reasons: He’s tall and he’s handsome. (His words.) “He comes from a loving family and credits his parents, who have been happily married for over 30 years, with providing him an excellent example of what a successful relationship should look like. While Justin has dated around, he’s never been one to settle and just hasn’t found ‘the one,'” his bio reads. “For Justin, that one woman is someone who is equally beautiful on the inside and out, trustworthy and committed to the idea of teamwork in a relationship. She’s passionate about fitness, but also loves to enjoy a day barbecuing and a good bottle of Sauvignon Blanc.”

His bio continues, “Justin considers himself to be very romantic and holds a lot of value in having a strong intimate connection, both emotionally and physically. For Justin, this journey is all about finding his forever, so here’s hoping he can find that meaningful connection with Katie.”

For his fun facts, Justin listed the following:

– Justin’s favorite artist of all time is Basquiat.

– If Justin could be any superhero, he would be Black Panther.

In July, Justin came under fire after his past homophobic and racist tweets resurfaced. The tweets, which can be seen on Reddit, were written in 2011 when he was 14 years old. In the tweets, Justin could be seen using homophobic slurs like the F word. Justin apologized for the tweets in July in an interview on the “Bachelor Happy Hour” podcast.

READ:  1 Day Only! Amazon Has So Many Haircare Products Up to 40% Off

“As I reflect on everything I just went through with this whole journey, oftentimes people ask me what I took from it,” he said. “And one of the biggest takeaways for me was just my personal growth, and one of those things is being able to hold myself accountable, which is something that historically I wasn’t able to do. So, I have no issue with owning up and apologizing from the bottom of my heart for the really hurtful words that I used.”

He continues, “The last thing that I want to do is run from it. That’s not who I am. I just want to speak from the heart, and hopefully, people will get an understanding of where I was then versus where I am now. When I look back at 14-year-old Justin, I was in high school and quite frankly I was the type of person who for whatever reason felt the need to fit in and say funny things and keep up with what my peers were doing and saying. The folks I had associated with would throw around really hurtful slurs that, at the time, I didn’t really think anything of.”

What is Justin’s job?

In his Bachelorette bio, Justin listed his job as an “investment sales consultant” and said that he has a “great career in investment sales.”Justin works as an Intermediary Sales Consultant at T. Rowe Price, an investment company, a job he’s had for the past four years, according to his Linkedin. He graduated from the University of Maryland Baltimore County in 2016 with a degree in Business Technology Administration with an economics concentration. While in college, he was a varsity track and field player, a member of the Sigma Alpha Lambda National Honor Society and a secretary for the Investment & Trading Club.

But sales isn’t his only skill. “For the cherry on top, he is also an extremely talented painter!” his bio reads. According to his Linkedin, he graduated with a visual arts minor. His art can be seen on his Instagram. Does Justin win The Bachelorette?

So…does Justin win The Bachelorette? No, he doesn’t. The winner is Blake Moynes, a 30-year-old wildlife manager from Ontario, Canada, who became a surprise contestant on Katie’s season in episode 4. As Bachelor Nation members know, Blake was also a contestant on season 16 of The Bachelorette with Clare Crawley and Tayshia Adams, where he was eliminated in ninth place. According to Reality Steve, Blake proposed to Katie at the Final Rose Ceremony, and they’re engaged and still together.

Though he doesn’t win, Justin does make it far. Reality Steve reports that he’s one of Katie’s three finalists. The other two are: Greg Grippo, a 27-year-old marketing sales representative from Edison, New Jersey; and Blake. For more spoilers about The Bachelorette 2021, click here.

The Bachelorette airs Mondays at 8 p.m. on ABC.