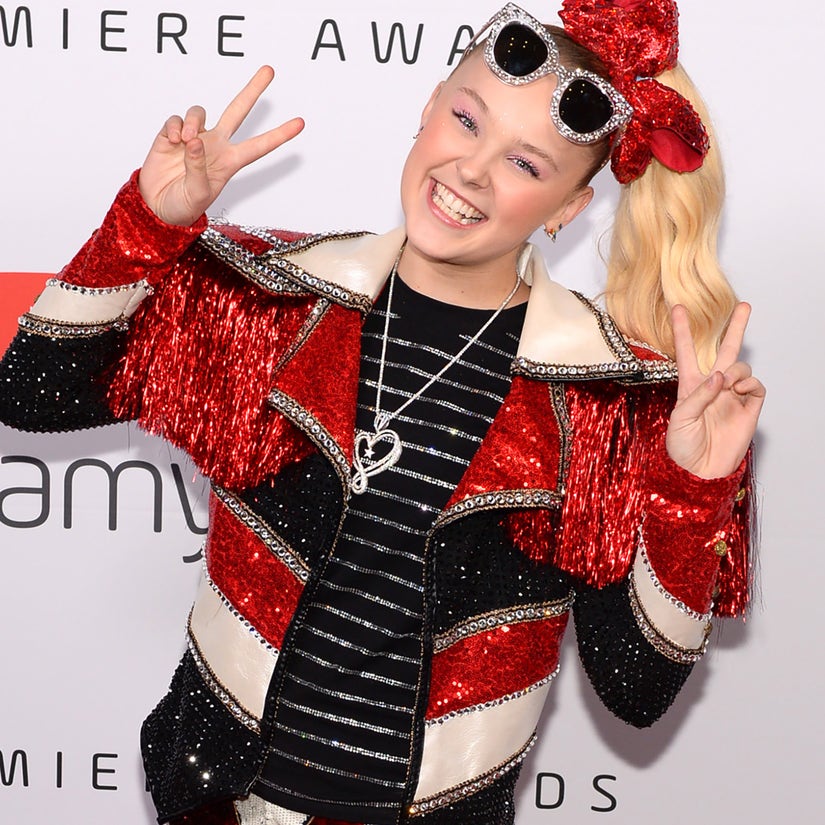 "The police were saying that somebody had called and made a claim and then all of a sudden paparazzi came around the corner."

After coming out as a member of the LGBTQ+ community, JoJo Siwa was apparently forced to come out of her house by the police ... for a photo op?

The social media star, who blew up social and traditional media over the weekend with a days-long coming out reveal, says that she believes someone "swatted" her and her family to create their moment.

"Our house got swatted. We were at our house and, all of a sudden, there was a whole bunch of police telling us to come outside the house," she told Nate Javier over Instagram Live. "And we didn’t know why."

Swatted is defined as making a false report in order to get a police presence or SWAT team to go somewhere where this is no emergency. In this case, that just happened to be the place where someone who just blew up the internet lives.

While she obviously can't say for sure who it was the made the fake call, Siwa does know who immediately benefited.

"We went outside, hands up, like you have to," she said. "The police were saying that somebody had called and made a claim and then all of a sudden paparazzi came around the corner."

While swatting is illegal, it's also a waste of public resources, which bothered Siwa even more than being swarmed. "There was [sic] about 50 police outside my house and those police could have had much better time spent somewhere else actually helping somebody instead of dealing with a fake claim from paparazzi," she argued.

"Literally just come ring my doorbell, paparazzi. I’ll wave to you from my window," she continued.

While she's not at all happy about the lengths she believes these photographers went to capture a fresh image of her, Siwa reiterated how happy she is in general after coming out. At the same time, she appreciates that the media cares so much.

"Since I recently ‘came out’ to the internet, which is officially the term, the media is obviously very excited, which I love and I love the support," she said. "However, you know, you could’ve just hung outside my house and I would’ve eventually came outside."

As for her coming out, Siwa has not put a label on herself just yet, which is perhaps why she kicked off this whole journey by lip-syncing Lady Gaga's "Born This Way."

"The only reason why I’m not saying what I am is because I don’t really know, but I know I’m really happy and that’s all that matters."

After days of teasing with lip syncs and t-shirts, Siwa officially came out on Saturday in a lengthy video on her own Instagram. In it, when asked by a fan how long she's been part of the community, Siwa said, "I don't know -- I think my whole life?"

READ:  Katherine Heigl Addresses Her Infamous 'Difficult' Reputation On Set: 'I Felt Like I Would Rather Be Dead'