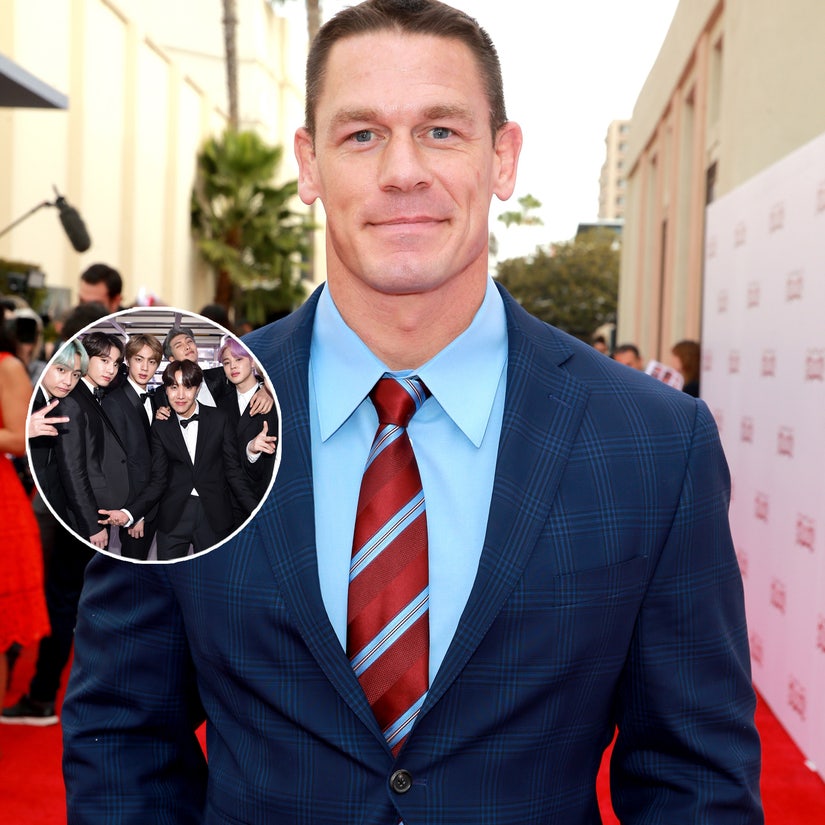 "I gotta thank BTS for supporting me in a moment of weakness and turning it into a passion of mine."

John Cena is opening up about how the fans of the K-pop band BTS helped him overcome a "down period" in his life.

On Monday, during a virtual appearance on "The Ellen DeGeneres Show" the WWE wrestler said, "I was going through a pretty down period in my life, it was about four years ago, and I decided just to have a vulnerable moment and put one of those thought-provoking journal entries out on Twitter."

Cena recalled an inspirational excerpt from one of his new self-help books, "Be a Work in Progress: And Other Things I'd Like to Tell My Younger Self," which resonated with the hearts of many BTS fans due to the similarities with the band's new album "Love Yourself."

"The Suicide Squad" star explained, "The very popular group, BTS, had just released an album called, 'Love Yourself.' So I put out all these messages about self-love and I'm thinking, 'This is not going to be a good idea because this big, larger-than life, 16-time WWE champion is now talking about vulnerability and the fact that you are enough and you shouldn't be ashamed of who you are,' but it caught fire because of the BTS Army."

The CinemaCon Award winner noted that the self-help books can serve as helpful tools for readers of all ages, in the hopes that no matter how old you are you can find motivation to be your best possible self.

"I think all of those statements, some of them are aspirational, but they all engage conversation. You're going to feel a certain way about each one and I think that's why the book is great for young readers because if you don't know how at home to maybe approach certain subjects, this is someone hopefully that your kids will gravitate towards and maybe can start that conversation," the pro wrestler mused. "And for adult readers, man, especially with the last year, it gives you a chance to reflect. These are things that I said over the past four years and I go through the pages and I'm moved to emotion."

Concluding his interview he applauded the boy band and said, "I really gotta thank K Pop, I gotta thank BTS for supporting me in a moment of weakness and turning it into a passion of mine."

Today, Cena announced the book is officially available for purchase, and took to Twitter to share the exciting news and wrote: "No matter your age, we're growing, learning, & getting better! My new books, BE A WORK IN PROGRESS & DO YOUR BEST EVERY DAY TO DO YOUR BEST EVERY DAY for young readers are two projects that push readers of all ages to be their very best!"