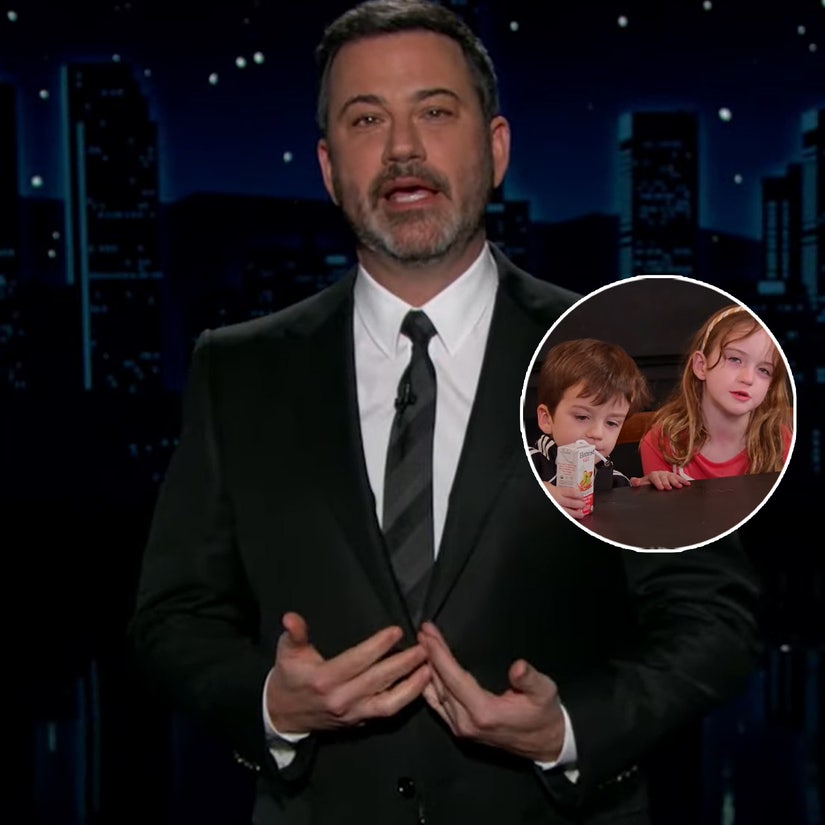 Every year, Jimmy Kimmel and the rest of ABC's employees go through a workplace harassment seminar -- but Kimmel's new coworkers clearly didn't take it all that seriously.

On Monday's "Jimmy Kimmel Live," Jimmy explained that for the past year, his only colleagues consisted of wife Molly McNearney and their two children, Billy and Jane.

'"If there's one thing I respect, it's corporate policy, anyone who knows me knows that," he continued, "so to check that box I called a family meeting and let the learning begin."

What followed was a segment filmed at home in which Jimmy tried to teach his kids about all the classes protected from workplace discrimination -- and while Jane was a pretty good student, Billy was anything but.

As they began to talk about "appropriate" workplace behavior, Billy began licking juice off the kitchen table -- something they all agreed was not appropriate.

When they addressed age-based harassment, Kimmel asked Jane how old she thought both he and Molly were. "32," she said of Kimmel, before guessing her mom was "something in her 20s." Neither of them gave any pushback on that one.

Neither kid knew what their own religion was when they addressed religious harassment, while Jane said her dad was "heavy" when they got to the weight-based segment of the presentation. Kimmel said his lawyers would be reaching out to her.

As they addressed name-calling, Jane explained that, "When [Kimmel tells] the kids that I toot and they call me Tootie Head, that would be a name." Added Jane: "I think daddy toots more than you."

READ:  The Claws Are Out! Looking Back at the Biggest 'Selling Sunset' Feuds

The segment ended with them talking about physical harassment -- as Billy hopped on the table and started touching his father's face. As they wrapped things up, he then proceeded to bite his dad's leg, proving the 3-year-old might need another lesson or two before this all sinks in.