Jennifer Lopez has performed at the Biden-Harris inauguration.The Latina singer performed a medley of ‘This Land Is Your Land’, ‘America the Beautiful’ and for a brief moment, a few bars of her own hit song ‘Let’s Get Loud’.But it was a breakout moment…

Jennifer Lopez has performed at the Biden-Harris inauguration.

The Latina singer performed a medley of 'This Land Is Your Land', 'America the Beautiful' and for a brief moment, a few bars of her own hit song 'Let's Get Loud'.

But it was a breakout moment in Spanish that captured everyone's attention. 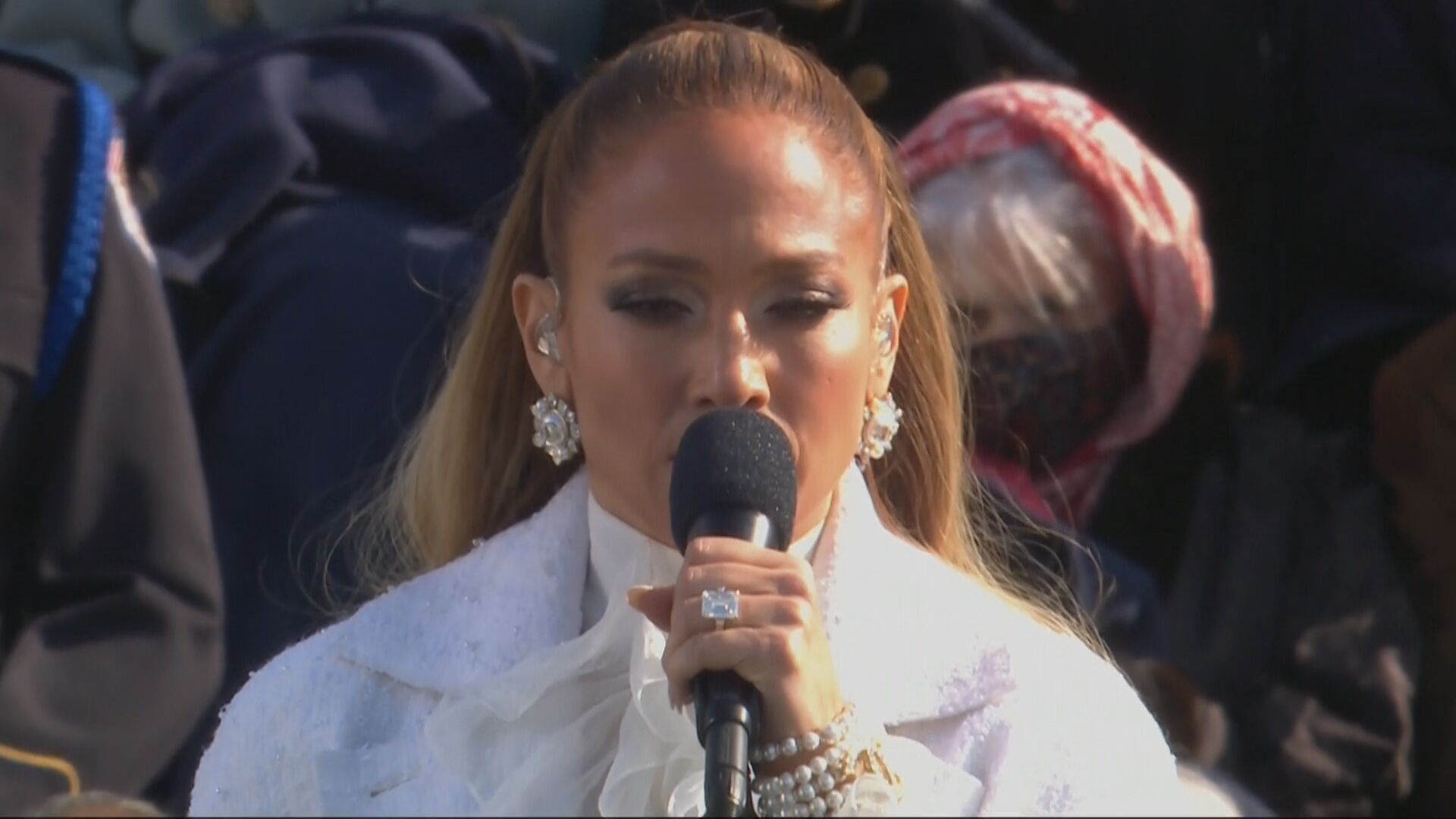 "One nation under God, indivisible, with liberty and justice for all," Lopez said in Spanish.

The diverse moment fed right into the inauguration theme of 'America United'.

When announcing the list of performers for the big day, inaugural committee CEO Tony Allen said the participants "represent one clear picture of the grand diversity of our great nation and will help honour and celebrate the time-honoured traditions of the presidential inauguration".

"They are also committed to the President-elect and the Vice-President-elect's steadfast vision of a new chapter in our American story in which we are an America united in overcoming the deep divisions and challenges facing our people, unifying the country, and restoring the soul of our nation," Allen added. 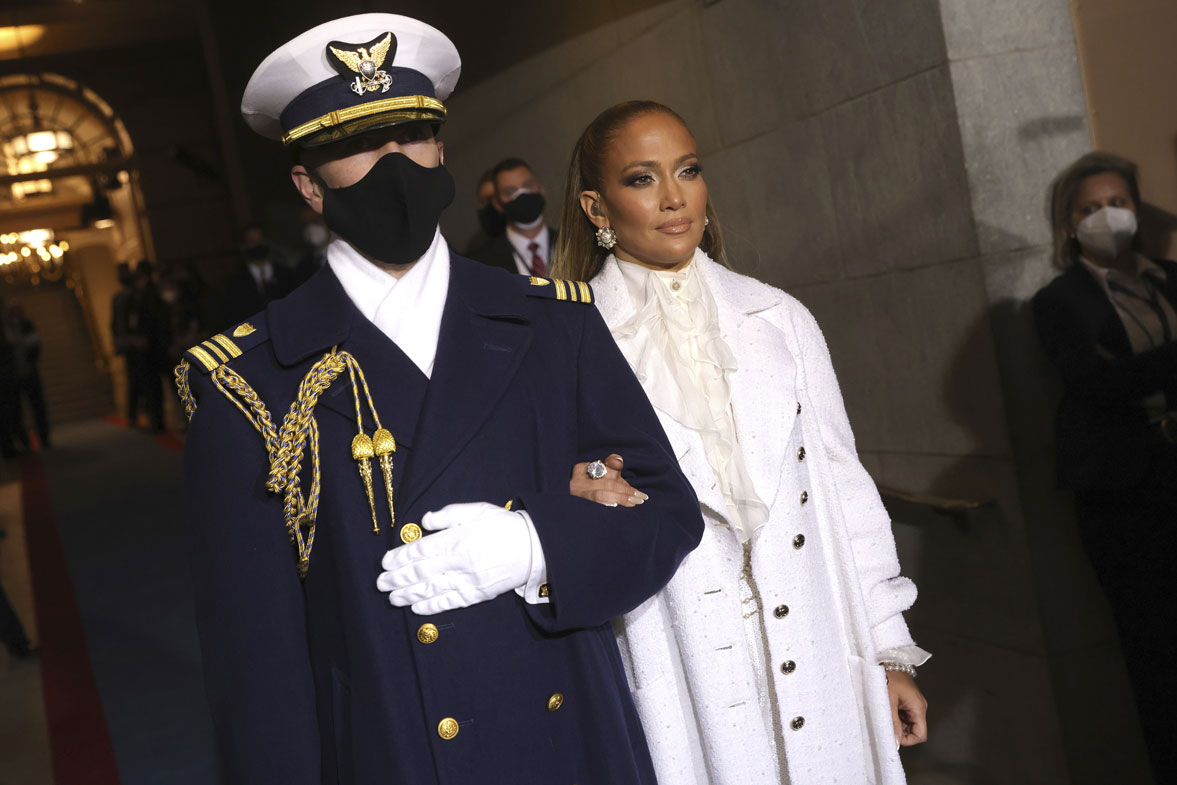 Lopez wore a white coat over a chiffon top for her moment on the podium, with a half-up-half-down hairstyle that showed off her sparkling earrings.

Lopez not only fits the inauguration theme perfectly, but the singer has been a strong supporter of Biden during the US election.

The singer and her fiance Alex Rodriguez appeared in a virtual chat with Biden and wife Dr Jill Biden in October. 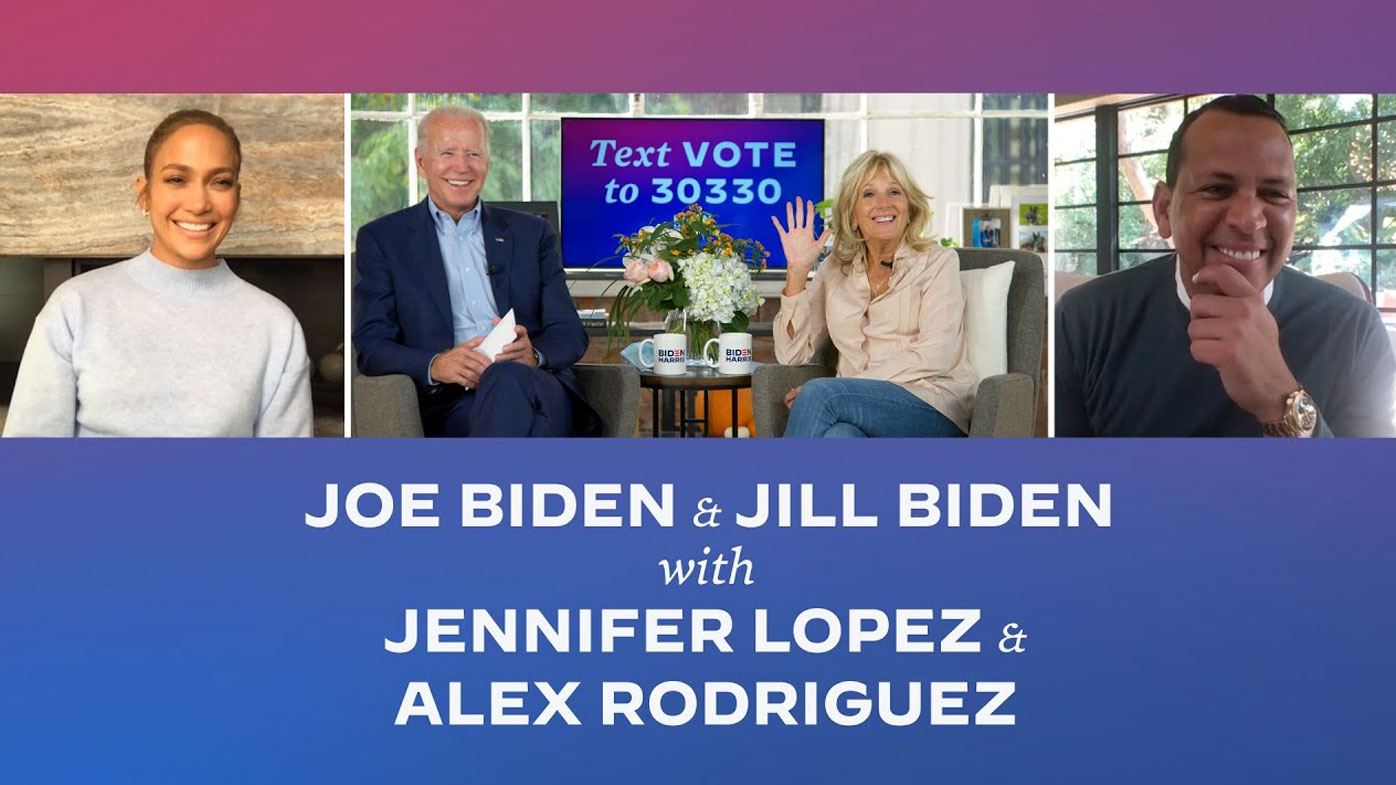 In November she told fans on social media of her "tears of joy" when the former Vice President won the race.

Lopez has gotten more political over the past year, using her profile to voice concerns about the coronavirus pandemic's disproportionate toll on minority communities.