“At some point in 2021, Ladies, I will try to look cute just for you,” she joked.
Jennifer Garner had a unique way of commemorating a social media milestone on Friday.
To celebrate hitting 10 million Instagram followers, … 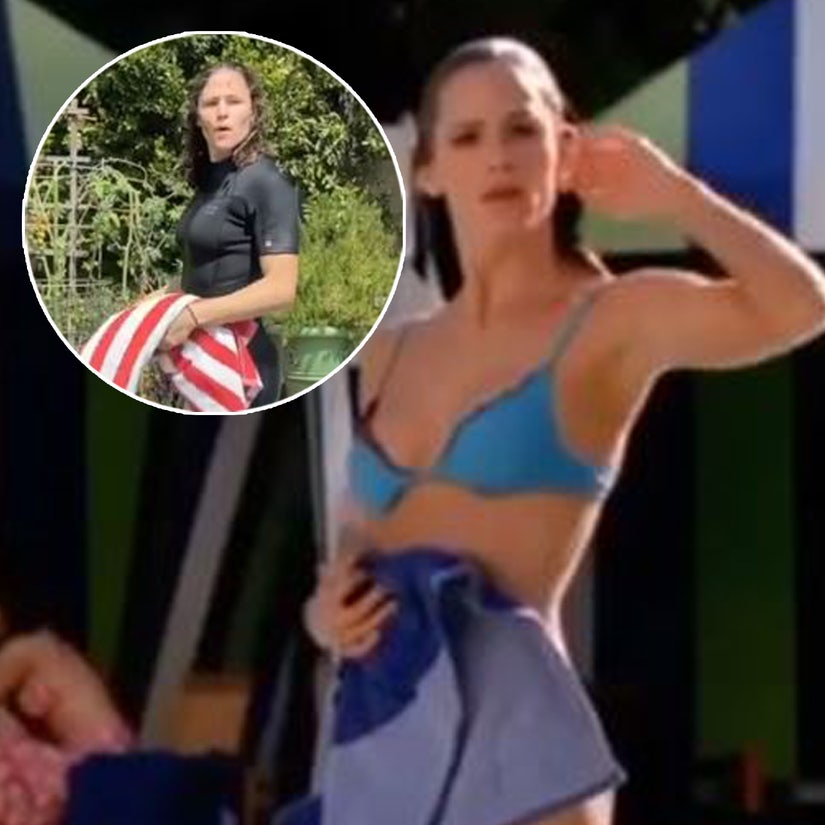 Jennifer Garner had a unique way of commemorating a social media milestone on Friday.

To celebrate hitting 10 million Instagram followers, the actress, 48, posted a hilarious reenactment of a steamy pool scene from her days as Sydney Bristow in the hit ABC spy series "Alias."

"I am awfully grateful for everyone in this community," Jennifer captioned the post. "To celebrate all 10 million of you, here is THE video I promised my manager (hi, @nksolaka) and my publicist (hi, @mereowass) I would never post."

In the original scene from a 2003 episode, Jennifer emerges from a pool in slow motion wearing a blue bikini. She slips on a pair of high heels and a wrap before undoing her top as she saunters away.

The new edition had a bit of a twist, with the "Dallas Buyers Club" star in a black wetsuit stumbling out of the pool. She clumsily puts on a pair of chunky slippers, tosses off her goggles and exits while having trouble unzipping the wetsuit.

Earlier this week, Jennifer stopped by "The Drew Barrymore Show" and revealed her inspiration for "Alias" was driven by Drew's work in 2000's "Charlie's Angels."

"The whole reason I got so excited about investing myself in stunts and doing them all and learning to fight and being on wires was because of 'Charlie’s Angels,' just because I was such an enormous fan of what you guys did and how you changed the game and I ended up working with your same stunt crew," Jennifer told Drew. "I ended up working with those same guys on a movie later and I was like, 'Tell me everything they did. How did they train? What was it like?'"

She added, "You're my inspiration Drew."

Check out the sidesplitting reenactment, above.