Viewers were left cringing after Jennifer Aniston had an awkward exchange on a British chat show with presenter Jermaine Jenas.The actress appeared on The One Show alongside Reese Witherspoon to promote Season 2 of their hit series, The Morning Show.In…

Viewers were left cringing after Jennifer Aniston had an awkward exchange on a British chat show with presenter Jermaine Jenas.

The actress appeared on The One Show alongside Reese Witherspoon to promote Season 2 of their hit series, The Morning Show.

In the series, both stars play breakfast TV anchors, so naturally Jenas — a former English soccer player — asked them if they were morning people.

"I learned the slow burn that it is. It's a very vampire state of life and mind that you guys live in. Everybody comes alive in the middle of the night, and it's a slow-moving train," Aniston said. 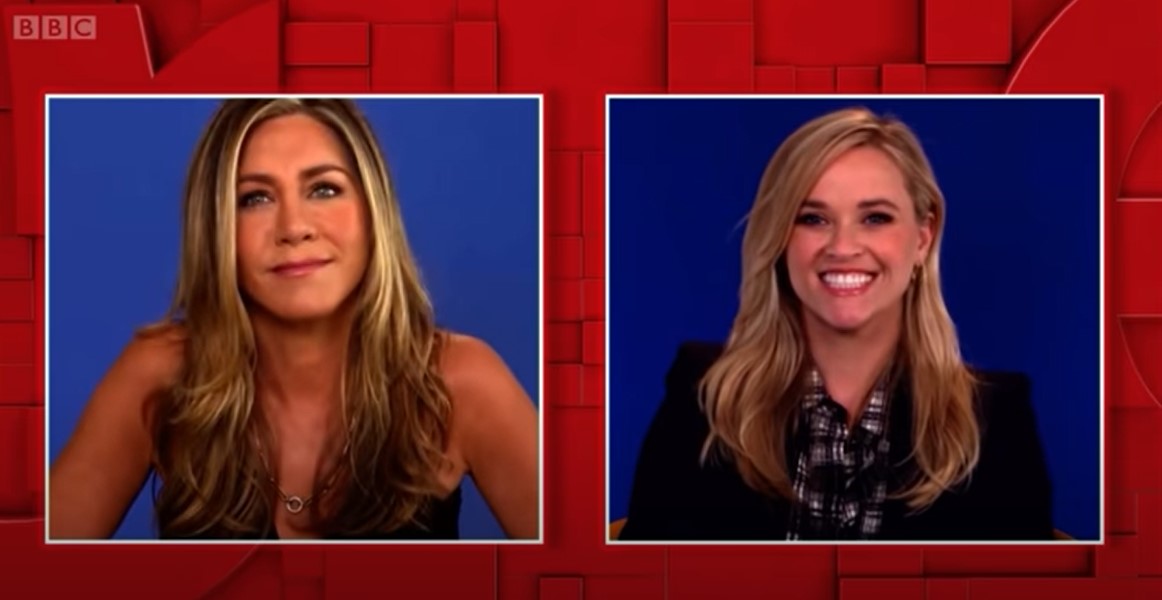 "I got there at 5 in the morning and the hallways were quiet and people are just slowly waking up, and then all of a sudden, the train starts moving and it gets crazier and crazier. It's utter chaos."

Jenas then interrupted Aniston mid-sentence, turning to Witherspoon to say, "Reese, I've got to be honest with you, Jennifer's pretty much sold it to me that she's not a morning person."

The remark took Aniston by surprise. "Did I sell that to you?'" she asked, seemingly uncomfortably, to which Jenas responded, "A little bit, a little bit."

"Did I get a good deal?" she appeared to snap back. 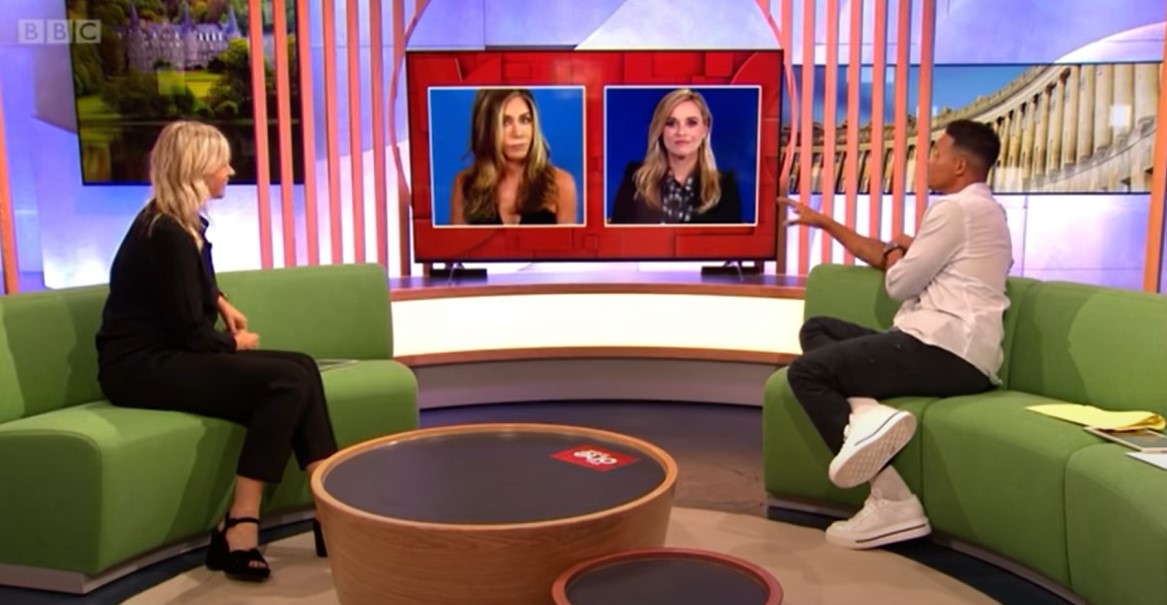 The exchange caused Witherspoon to let out an awkward laugh as Jenas tried to move the interview along by asking, "So, what about you, Reese?"

"No, I'm definitely a morning person," she replied through her apparent discomfort. "Jen and I talk about this all the time. I'm the morning person and she's more of a night person."

READ:  Larry King Made Some Ominous Predictions About the Election in Final Interview With TooFab

Watch the video above for the full exchange.

READ MORE: Inside the spectacular rise of Reese Witherspoon 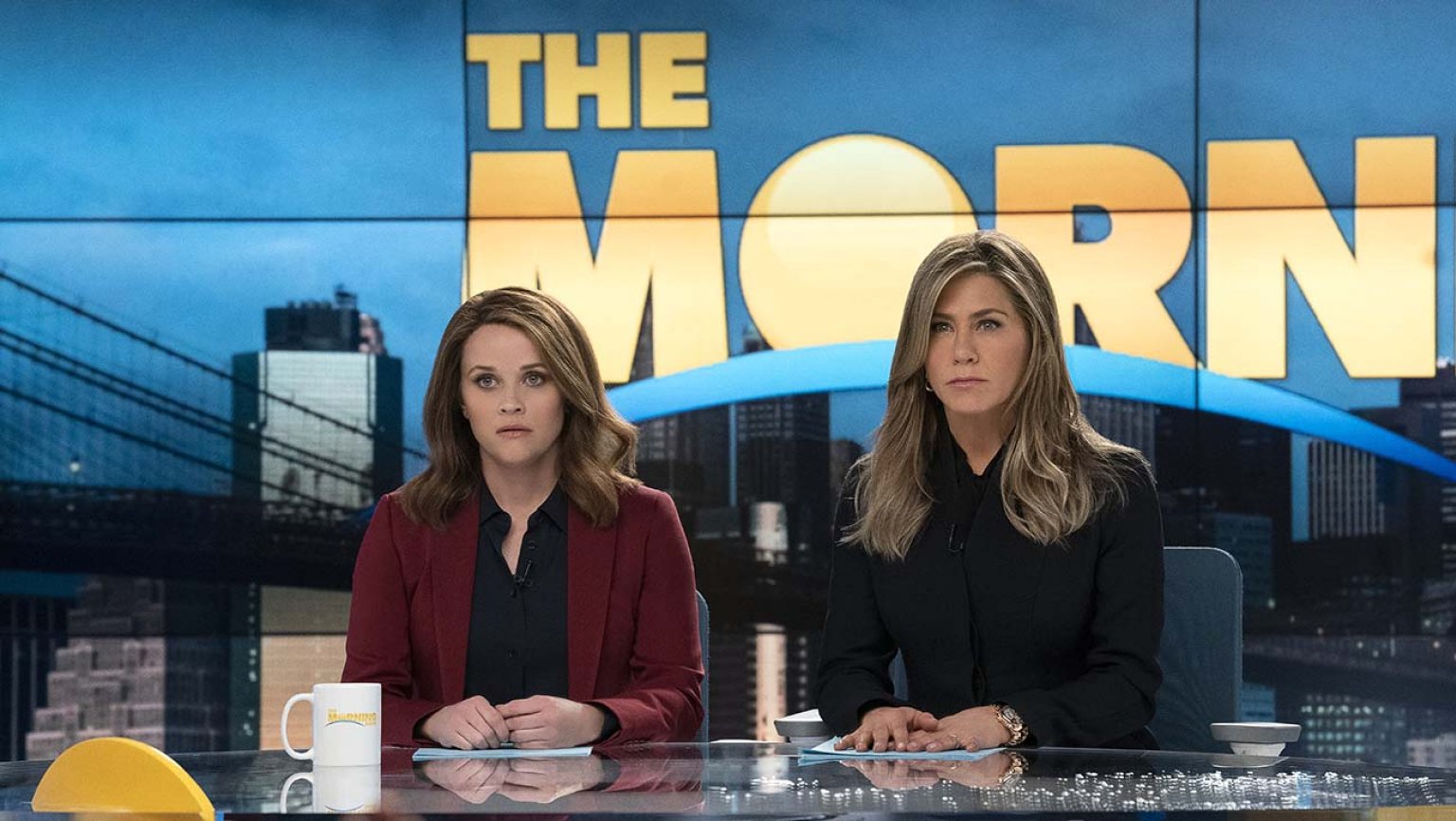 Meanwhile, viewers couldn't help but notice the tense encounter as social media debated whether Jenas was out of line or if Aniston was overreacting.

"Did anyone else catch Jennifer Aniston's negative reaction to the male presenter regarding the morning person bit? Awkward," one person tweeted, while another wrote, "Jennifer Aniston's 'tude in this interview is cringe. She keeps on looking to the side awkward #theoneshow."

"Am I sensing a wee 'attitude' here? #TheOneShow," another viewer tweeted.

READ MORE: David Schwimmer and Jennifer Aniston are not dating, despite online rumours

But many were quick to come to Aniston's defense, arguing Jenas should not have interrupted her.

"#TheOneShow sorry but I don't think #JenniferAniston was rude at all and it's rude to cut someone off when they're talking, people need to chill," one viewer wrote, while another commented, "Jermaine dying on his arse trying to interview Jennifer Aniston."