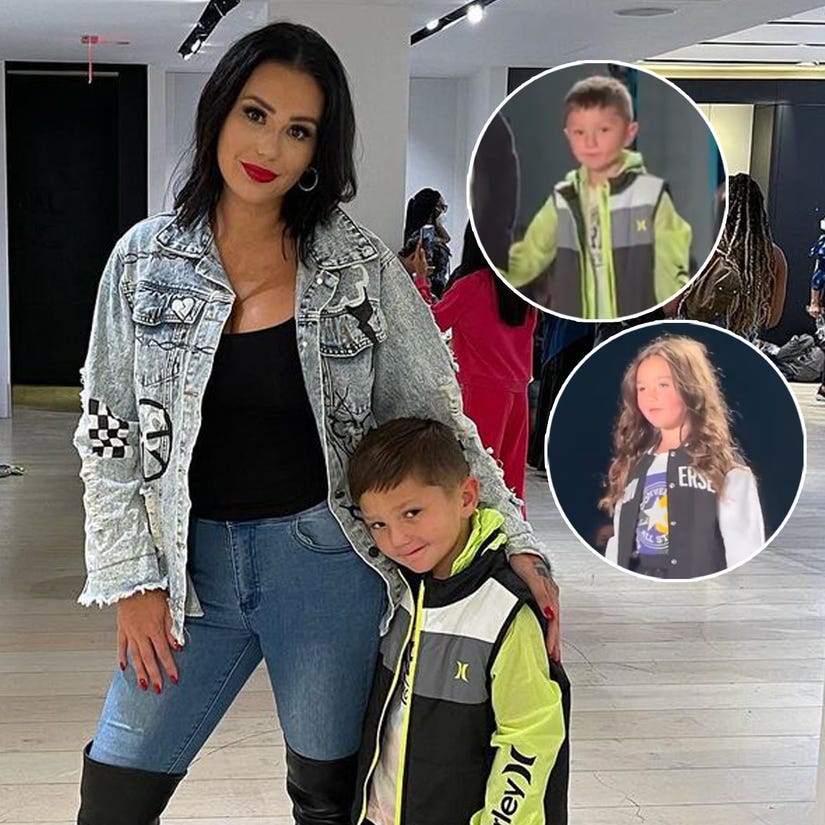 "Had the absolute best time watching my babies crush it," wrote the Jersey Shore star.

Jenni "JWoww" Farley's kids are showing off their runway skills!

The "Jersey Shore" star's children -- 7-year-old daughter Meilani and 5-year-old son Greyson -- walked the runway at New York Fashion Week on Thursday at the Rookie USA show, during which they wore looks from brands such as Hurley, Nike and Converse.

On Friday, Jenni, 35, took to Instagram to share a series of videos of her kids strutting their stuff on the catwalk, as well as some adorable behind-the-scenes clips and photos.

As shown in the runway videos, both Meilani and Greyson made sure to give their mama a little wave as they strut their stuff. During his walks down the runway, 5-year-old Greyson held on to a fellow model's hand as he rocked the colorful kidswear. And it's safe to say he absolutely killed it!

Jenni also posted a clip of Meilani and Greyson getting their hair and makeup done before the show. In addition, the reality star shared a photo of herself and her fiancée Zack Clayton posing with Greyson, as well as a solo shot of herself and her son. In the last pic in her post, Jenni showed an adorable throwback photo of Meilani's first runway show.

"Had the absolute best time watching my babies crush it at @rookieusa 😍🙏🏽," she captioned the post. "Swipe to see @melilanimathews first 💃🏽💃🏽."

Many of Jenni's celebrity pals and fans took to the comments section to share their thoughts on the post.

READ:  These Beginner-Friendly Air Fryer Cookbooks Will Help You Breakup With Takeout

Zack also shared some footage on his own page, saying the "kids CRUSHED IT and adding it was "So damn fun to watch them succeed."

Jenni's post of her kids walking the runway comes nearly three years after she first revealed Greyson had been diagnosed with autism in November 2018.

She shared an update on her son's progress about a year later. In October 2019, Jenni posted a YouTube video detailing Greyson's ABA treatment and showed how Greyson has improved, including him being able to count from one to 18 and sing the ABCs. The following year, Jenni gave another update, posting an Instagram video of Greyson reading off a set of flashcards.