“You took all of that away from me, with your words,” Hubert tells Will, who admits he “made the set very difficult” for his former costar.
After a nasty falling out between Janet Hubert and the cast of “The Fresh Prince of Bel-A… 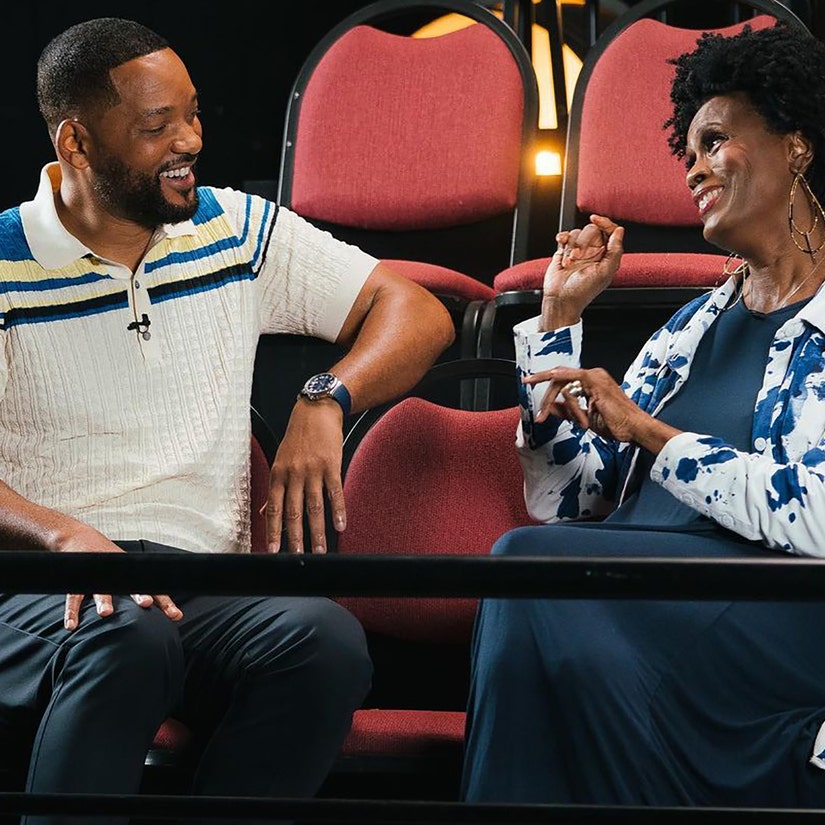 "You took all of that away from me, with your words," Hubert tells Will, who admits he "made the set very difficult" for his former costar.

After a nasty falling out between Janet Hubert and the cast of "The Fresh Prince of Bel-Air" when she was replaced before the show's fourth season 27 years ago, the original Banks family has finally put its feud behind them.

Hubert was replaced with Daphne Maxwell Reid following the third season of the smash '90s sitcom, before star Will Smith claimed she was difficult to work with in the years that followed. Though she too would slam him in nearly every interview she could, Smith extended an olive branch for the new 30 year reunion special which dropped Wednesday evening on HBO Max.

Midway through the hour and fifteen-minute special -- during which Smith reunited with everyone else from the show, save Hubert -- Will commented on how they had never "really, together publicly" talked about what happened with Janet. "For me, it felt like I couldn't celebrate 30 years of Fresh Prince without finding a way to celebrate Janet," he explained, before showing them footage of a one-on-one conversation he had with Hubert the previous day.

Before the conversation began, both Smith and Hubert acknowledged in separate confessionals the issues they had on set back in the day.

"During that third season, when I got pregnant, there was a lot of things going on in my life and Will's life as well. There was some friction because I was pregnant. Home life was not good at all," explained Hubert. "I was no longer laughing, smiling, joking because there were things going on nobody knew about. The cast had no idea what was going on."

READ:  This Is The Moment RHOSLC's Jen Shah Learned She Was In Serious Trouble

Smith admitted he "wasn't sensitive" to her situation. "I wasn't perceptive and now that I've had three kids I've learned some things I did not know at the time and I would do things very differently," he said to the camera. "I can see why I made the set very difficult for Janet."

She went on to explain that she was offered a "really bad deal," where she would only work for two months and two weeks and couldn't work anywhere else. "That meant my salary was cut, I had a new baby and a husband who was out of work. I said no," she said. "I did not accept their offer. I was never fired. The misconception was always put out there. I was trapped, what could I do."

When the decision was made to recast the role, Hubert said she was "hurt deeply, deeply."

Hubert and Smith greeted each other with a hug, as they acknowledged how long it had been since they'd been in the same room. Saying the reunion was "tough" for her, Hubert began with asking him a question that had been on her mind for years.

As Will told Hubert he "didn't know your story," she told him it "was insane," before she detailed what was happening in her life around the time she exited the series.

"When I left the show, I had this new baby and no one. Family disowned me, Hollywood disowned me, my family said you've ruined our name and I wasn't unprofessional on the set," she said to Smith. "I just stopped talking to everybody because I didn't know who to trust, I had been banished. They said it was you who banished me. Because you were Will, you were a kid. It was hard."

"You didn't realize I was going through a lot at home. You didn't know," she said, before claiming she was in a "very abusive marriage."

Looking back -- thanks to his own experience with children, marriage and divorce -- Smith said he could "see now the level of pain and the level of struggle that it was for you just to show up every day."

"You took all of that away from me, with your words. Words can kill. I lost everything. Reputation, everything, everything," she continued. "I understand you were able to move forward, but you know those words, calling a Black woman difficult in Hollywood is the kiss of death. It's hard enough when you a dark-skinned Black woman in this business."

With that said to him, she said that she now "felt it was necessary for us to finally move forward," before apologizing for having "blasted you to pieces" in the media for years.

He then told her he hopes to be someone who can protect her going forward and "not someone who unleashes dogs on you." He added, "You're still my Aunt Viv!"

After hashing it out one-on-one, Smith asked the rest of the cast whether they would open to speaking with her as well. They all said they would love to -- as Reid, her replacement, revealed the two had never before met.

What followed was footage of Hubert reuniting with everyone in the cast, before finally hugging Reid -- something Karyn Parsons (aka Hilary) said was "the most incredible thing."

"That was chilling. That was a dream come true. That was a full circle moment," added DJ Jazzy Jeff -- as Tatyana Ali said witnessing their embrace "made my heart really full."

Hubert said being with the rest of the cast was "unbelievable and wonderful," before Smith said he hoped others could take something away from them being able to finally bury the hatchet.