Everyone stay calm: a Madonna biopic is finally in the works! The pop icon and music legend has teased a biopic for years, but didn’t make any official announcements until 2020. According to a 2021 Entertainment Weekly report, Madonna announced via In… 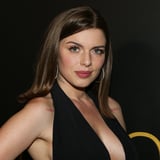 Everyone stay calm: a Madonna biopic is finally in the works! The pop icon and music legend has teased a biopic for years, but didn't make any official announcements until 2020. According to a 2021 Entertainment Weekly report, Madonna announced via Instagram in September 2020 that she had completed a script for the movie, along with Oscar winner Diablo Cody, known for screenwriting Juno and Jennifer's Body. Details of the movie have mostly been kept secret, but the singer did recently allude to who could star in the film, and it is none other than Uncut Gems star Julia Fox.

On Jan. 14, Madonna posted a picture of her and Fox together on her Instagram, with the caption reading, "Went to dinner with Julia to talk about my movie and some other folks showed up…" Along with Fox, Madonna also appeared to be in the company of Floyd Mayweather, Antonio Brown, and Fox's new boyfriend, Kanye West. Since the post, fans have been curious about who Fox could play in the film, and according to Entertainment Weekly, she is being considered to play Debi Mazar, actress and lifelong friend of Madonna.

Mazar, known for her roles in Goodfellas and Empire Records, has known Madonna since her early days of singing in the 1980s, and also starred in some of her music videos. She told Interview Magazine in 2015 that the two met while Mazar was working at Danceteria, a popular New York City nightclub, and instantly became friends. Their friendship blossomed from there, and the two remain close despite their busy schedules. In a 2015 interview with Huffington Post, Mazar spoke on the longevity of their friendship, saying, "We are old best friends in the sense that we've been very close for a very, very long time - like 30 years, before she even cut a record."

READ:  The Bachelor: What to Know About Heather Martin, Who First Appeared on Colton's Season

As of now, we do know that the film will center around Madonna's journey to stardom, including its ups and downs. In September 2020, the singer talked about the inspiration behind the film, and said it will be about "the struggle as an artist trying to survive in a man's world as a woman, and really just the journey." In a 2020 Harpers Bazaar interview, Madonna also explained that the film will be incredibly personal, showing how she's grown as an artist and person over the years. "I want to convey the incredible journey that life has taken me on as an artist, a musician, a dancer – a human being, trying to make her way in this world," she said.

Additional details about the biopic, including cast members and a release date, have not been disclosed yet. However, judging by Madonna's incredible life, the film is bound to blow us away.