Mega-hot Hollywood celebrity with raven locks and an out-there musician partner? No, I’m not talking about Kim K and Kanye—I’m talking about Megan Fox and Machine Gun Kelly! Just a few years back, everyone was gushing anytime Kardashian and West made an appearance together, but now that the couple is a few kids and one separation (and rumored reunion?) deep, it seems folks are focusing in on a different duo to serve up that same dose of hot-girl, cool-guy coupledom.

Think about it. When Kim and Ye first got together, seeing pictures of them was a mega-exciting thing. Kardashian always looked super-sexy, a contrast to West’s usually understated attire. But, sometimes they’d go bold together in sartorial harmony, like their 2016 Met Gala denim and diamonds look. That’s when fans would really lose their minds.

Now, it seems like Megan Fox and boyfriend Machine Gun Kelly are the must-see hot couple on the carpet—and truthfully, they’ve only upped the ante. Whereas West didn’t always go all-out the way his wife did, MGK enjoys fashion just as much as Fox, if not more.

The duo loves planning complimentary looks together and the results are chic as can be. I’ve been enjoying their style as a couple for months now, but it wasn’t until I saw Fox’s VMAs look that I started to think of her as the new Kim K of fashion. 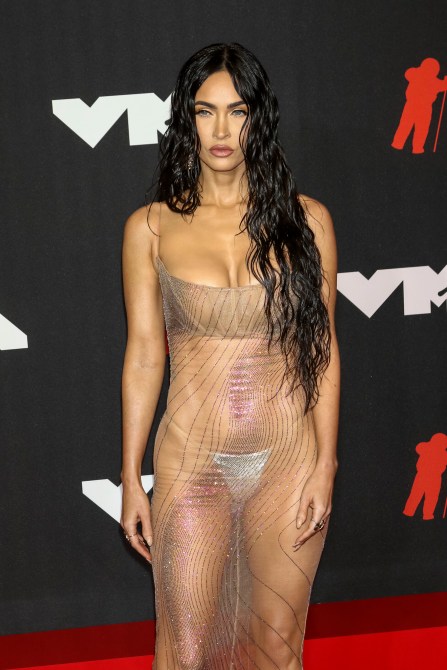 Showing some serious skin, Fox arrived to the VMAs in a custom sheer Mugler dress—and I couldn’t help but think of Kardashian’s custom Mugler dress from the 2019 Met Gala. The dresses are in no way similar, to be clear, other than that they both intend to give off ~naked vibes~ with a perfect flesh color match and form-fitting silhouette, not to mention the wet-look styling of the hair and makeup. 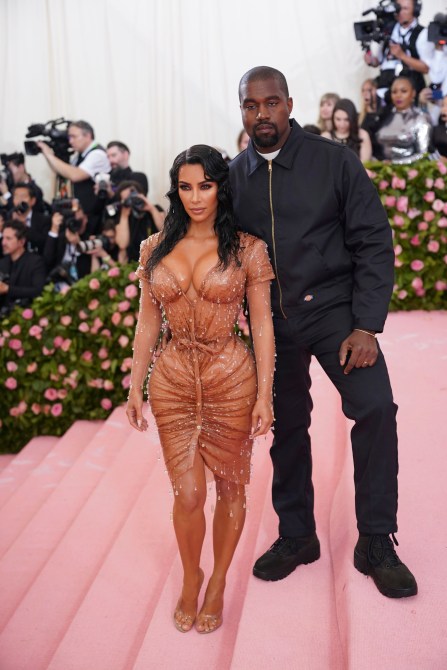 The thing is, though, custom Mugler is far from easy to get, even when you’re a celebrity. Fox’s arrival in this dress proves she’s gearing up to be an even bigger player in the fashion world than we expected, just as Kardashian had to prove herself as she pivoted from reality star to, well, the most famous It Girl in the world.

And what helps Fox even more is that MGK is just as down to dazzle. While Kanye often took the subtle route, Machine Gun Kelly is a true fashion fanatic. Were his girlfriend not nearly naked, his red fully-sequined Dolce & Gabbana suit might’ve stolen the show. 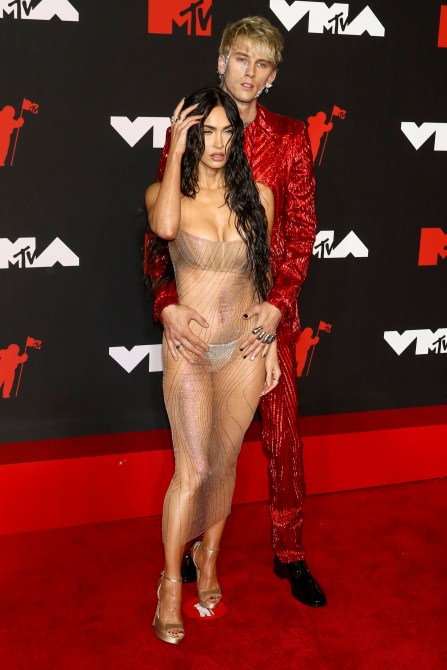 Fox and MGK aren’t just in love—they’re gearing up to become fashion’s hottest couple, a title I’d argue Kim and Kanye have clung to for years. Even when other duos showed up better-dressed, the Wests were the ones fans were cranning their necks to see. They had all eyes on them, wherever they went. Arguably, the same is now true for Fox and MGK.

Personally, I’m a lover of both couples, so my comparison is in no way meant to pit them against one another. Kanye will keep on being cool, Kim will keep on being beautiful and stylish. A new power couple stepping in doesn’t diminish their sartorial power.

But, it does open the floodgates for a new era of red carpet fashion, one in which Megan Fox and Machine Gun Kelly will be topping the Best Dressed lists every damn time.