Jana Kramer and Mike Caussin are already sorting out their co-parenting schedule amid their divorce.In court documents obtained by Us Weekly on Thursday, May 20, the estranged couple have planned their custody arrangement as well as child support agree…

Jana Kramer and Mike Caussin are already sorting out their co-parenting schedule amid their divorce.

In court documents obtained by Us Weekly on Thursday, May 20, the estranged couple have planned their custody arrangement as well as child support agreement before officially finalising their divorce. Both the One Tree Hill alum, 37, and Caussin, 34, signed off on the agreement earlier this month.

Us Weekly state that the documents named Kramer as the "primary residential parent" and she will spend 240 days per year with their two children — daughter Jolie, five, and son Jace, two — while Caussin will spend the remaining 125 days with the kids.

A parenting schedule will be organised "once the final decree of divorce is filed."

"The Mother and Father will behave with each other and each child so as to provide a loving, stable, consistent and nurturing relationship with the child even though they are divorced," the documents stated. "They will not speak badly of each other or the members of the family of the other parent. They will encourage each child to continue to love the other parent and be comfortable in both families."

"Each parent shall make decisions regarding the day-to-day care of the child while the child is residing with that parent, including any emergency decisions affecting the health or safety of the child," the arrangement continued, which also stated that Kramer will be able to spend Mother's Day with their kids every year while the former NFL player will spend Father's Day with them. Other holidays, like Easter and Thanksgiving, will be divided based on odd or even years.

The pair also agreed to equally split time on their kids' birthdays.

The country singer officially filed for divorce back in April after nearly six years of marriage. In an emotional social media post on Wednesday, April 21, Kramer simply said "it's time." 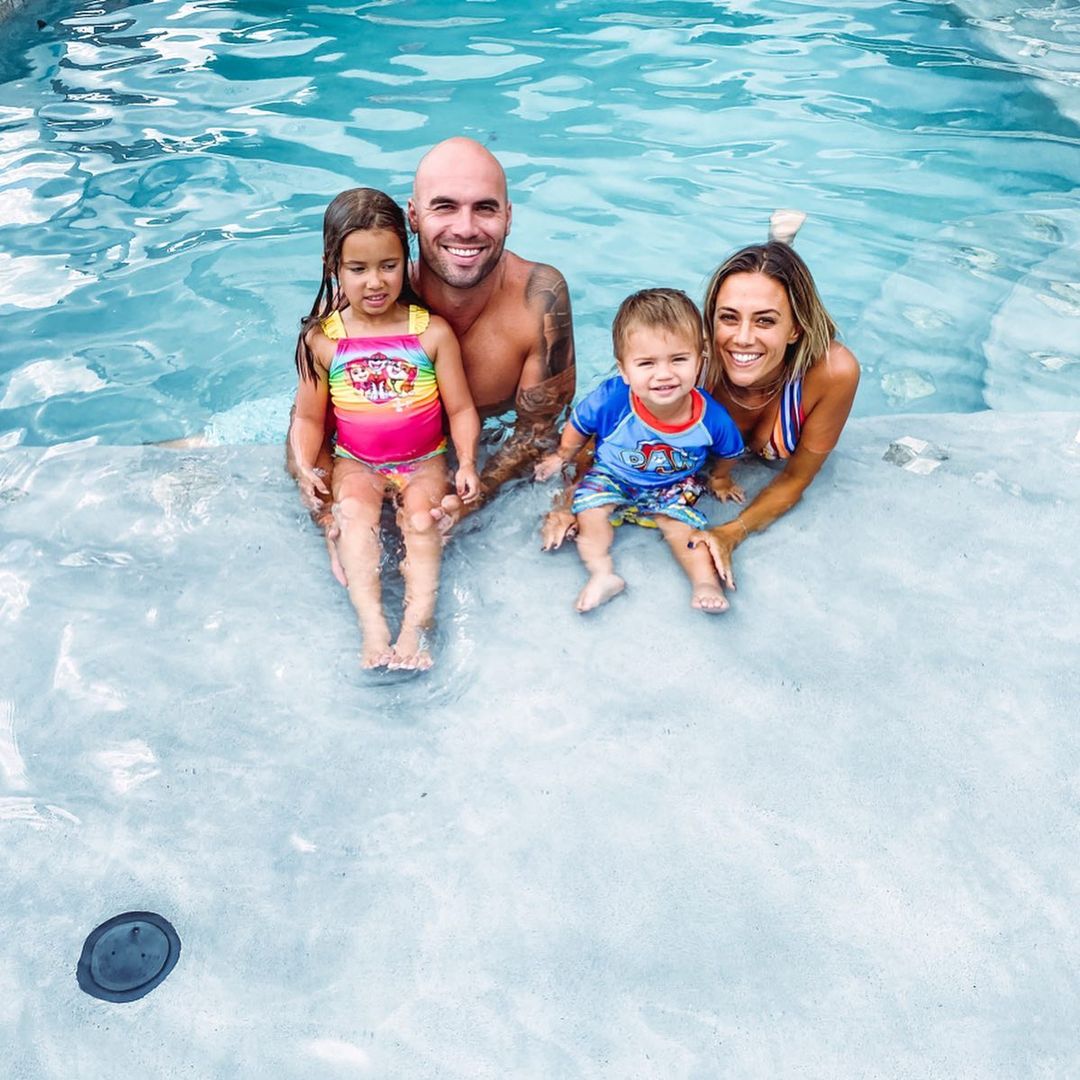 "As I try to make sense of a reality I never wanted to believe could be possible again, those words have now become a reality," she wrote. "I've fought y'all. I've loved hard. I've forgiven. I've put the work in. I've given everything I have, and now I have nothing else to give."

The former couple signed a postnuptial agreement in November 2016, more than one year after their wedding, after the news broke in September 2016 that Caussin had been unfaithful. They called it quits for a short time before renewing their vows in 2017 when Caussin committed to getting treatment for sex addiction.