Screaming “My daughter!” she chokes him and bites a chunk out of his neck.
Sleeping Uber passengers usually make for the best Uber passengers… usually.
That all changed for Michael Hassey Jr., when his woke up like a de… 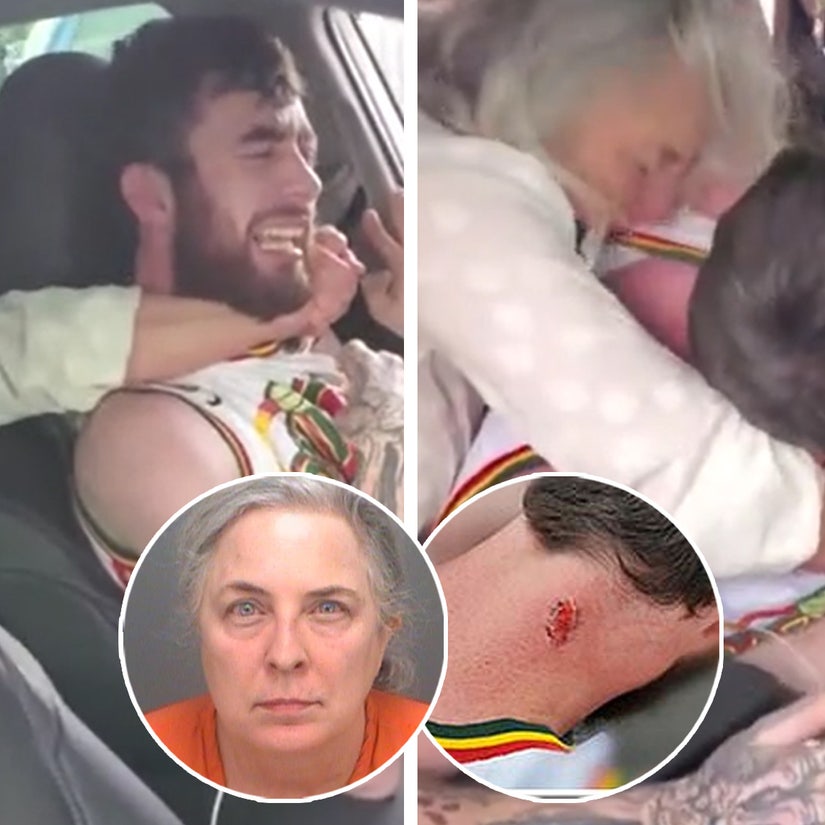 Screaming "My daughter!" she chokes him and bites a chunk out of his neck.

That all changed for Michael Hassey Jr., when his woke up like a demon possessed before launching into a vicious attack.

Insane video shows the 22-year-old Florida driver being strangled and bitten by his rabid rear seat passenger, as witnesses try to pull her off him.

55-year-old nurse Michele Stilwell was later arrested and charged with two felony counts of aggravated battery and tampering with a witness.

Hassey told WFLA the incident occurred on April 17, at around 5 PM, when he received a ride request from Tampa.

"When I first pulled up to pick up the rider, a young group of women approached the car and one of them said 'I called an Uber for my mother, can you please get her home safe?'" he recalled.

He assured her he would, and the silent ride home with the sleeping passenger was completely uneventful... until she suddenly "sprouted up".

"She started screaming curse words at me and slapped me in the face," he said, adding that she kept yelling "My daughter!" and "Die!"

Hassey can be seen bringing the car to a halt in the video, as bystanders begin to crowd around the commotion; he pleads "I can't breathe!" as she locks her hands around his throat and heaves back with all her weight.

"I'm just your Uber Driver!" he begs, as the witnesses reach in through the window and try to pry her fingers apart. Pulling his hair and clawing at his eyes, she suddenly lurches from the back and appears to bite into his neck, prompting screams of agony from the driver.

"She sinks into my neck like a pit bull, shaking her head and stuff," he recalled; in the video he finally pushes her off and escapes his own car. Photos from the incident show a chunk taken out of the back of his neck.

Throughout the entire video, it is clear Hassey doesn't want to lay a hand on her, despite the ongoing assault.

"I let it happen. I didn't put my hands back on her because I have two sisters and I was raised to never put my hands on a female," he told the broadcaster.

In their incident report, arresting deputies noted Stilwell was under the influence of alcohol.

Hassey claimed he reached out to Uber several times about the incident, but never heard a thing back

"Uber has not done a single thing or communicated with me about this incident," he said. A welder by trade, he said the attack has put him off moonlighting for the ridesharer, as it's just not worth the money.

The company did respond to the broadcaster with a statement, however.

"What's been described is disturbing," it said. "Violence of any kind is not tolerated on the Uber app, and we immediately removed the rider’s access as soon as this was reported to us."