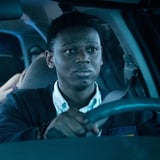 Donald Elise Watkins is soaking up the acclaim of his new film, Emergency. Directed by Carey Williams, the coming-of-age buddy comedy - which premiered at this year's Sundance Film Festival - follows two college students, Kunle (Watkins) and Sean (RJ Cyler), as they set out for an epic night of partying in hopes of becoming the first Black students to complete their school's legendary fraternity party tour. Seems pretty simple, right? Well, before the night even gets started, their plan gets derailed when they find a drunk white girl passed out in their living room. It's there and then that Kunle and Sean must act quick and weigh out the pros and cons of whether or not they should call the cops.

Watkins stars as the straight-A medical student Kunle, who's basically tagging along on his vape-smoking best friend's adventure just to appease him. Kunle comes from a privileged family and just got accepted into Princeton University. Sean, on the other hand, was raised in a less privileged environment and is already aware of what it means to be a Black man in America. This distinction is made crystal clear from the very start of the film. "There's so many different undertones with bias and division, even within your own race," Watkins tells POPSUGAR of the film. "It's interesting because I did not grow up like Kunle. I grew up more like Sean . . . [But] I think his innocence was something that really attracted me because I didn't have that in my own life." In a way, Watkins found himself getting jealous of Kunle's naïveté. "He thinks you just put your head down, you work hard, and everything will be OK. And it's not always that way," Watkins notes. "So yeah, selfishly I was wishing that I had some of that in my own life."

The film tackles a variety of important social issues from racial injustice to Black masculinity. And as a person of color myself, there were several scenes that were admittedly very tough to watch, but Williams does an incredible job of balancing the comedy and drama. "These are conversations that need to be addressed and need to be had," Watkins says. "I have a son and he hates medicine. He just won't take it. He's like, 'Wait, is it medicine? No, I'm good.' But if you give it to him like, 'Oh no, these are gummies.' He's like, 'Okay, cool.' . . . So it's like giving [these conversations] to people in gummy form . . . We're not here to answer any questions because we haven't answered any questions in our society."

Another highlight of the movie is seeing Kunle and Sean's friendship play out on screen. It's rare that we get to see two Black men showcase their emotions. And for those wondering, yes, Watkins and Cyler are just as tight in real life. "RJ is one of the nicest people that you will ever meet in your life, and he is the reason that I was able to be so comfortable," Watkins says, revealing that Cyler was the first person he met from the cast and crew. "I care about him as a human. I care about him as a person. And there were only a handful of times where we shot where he wasn't on set, and I remember I was telling them earlier that I felt like RJ was my little [security] blanket."

READ:  13 Amazing Home Deals to Grab Before Prime Day Even Begins — Up to 50% Off

Emergency also stars Sebastian Chacon, Sabrina Carpenter, and Maddie Nichols. In between takes, Watkins would goof off with the cast by snapping pictures, playing "Rock, Paper, Scissors," and even breaking out into song every now and then - specifically, Tobe Nwigwe's "Make It Home," which you can check out in the video above. "It was just a really, really easy cast and crew to be a part of. I'd say best cast, best crew, and that's not any disrespect to anybody who I've ever worked with, it's just these guys were it. I love them. I'd work with any of them any day," Watkins gushes. "There was this 'Make It Home' song, and it's literally all you want for these characters - to make it home at the end of the night. We are in a very real situation, in dire straits, and we have to help this person, but we also have to think about ourselves and we got to make it home and you don't know if that's actually going to happen."

Following its Sundance premiere, Emergency is getting a limited theatrical release on May 20 ahead of its official May 27 Prime Video premiere. While Watkins understands that the movie will resonate with everyone differently, he hopes that it serves as a form of healing. "I hope that [viewers] can see a difference in perspective and it sparks a conversation and can change something," Watkins says. "I know for me it was so many different things, but when you talk about seeing Black men allowed to be full range of motion characters and not just playing at one or two things, I love that it allows us to be vulnerable. You don't see that a lot with Young Black men." Watkins wants viewers to know that "trauma is not something that you just have to grin and bear and deal with." He wants people to realize that and fully heal from it.

READ:  Jack Kehler, character actor in The Man in the High Castle and The Big Lebowski, dies at 75

As for what's next for Watkins, the sky is truly the limit. And if Williams is down to make a sequel film, consider Watkins in! "If they show up, I'm showing up," he exclaims. "I'm ready."