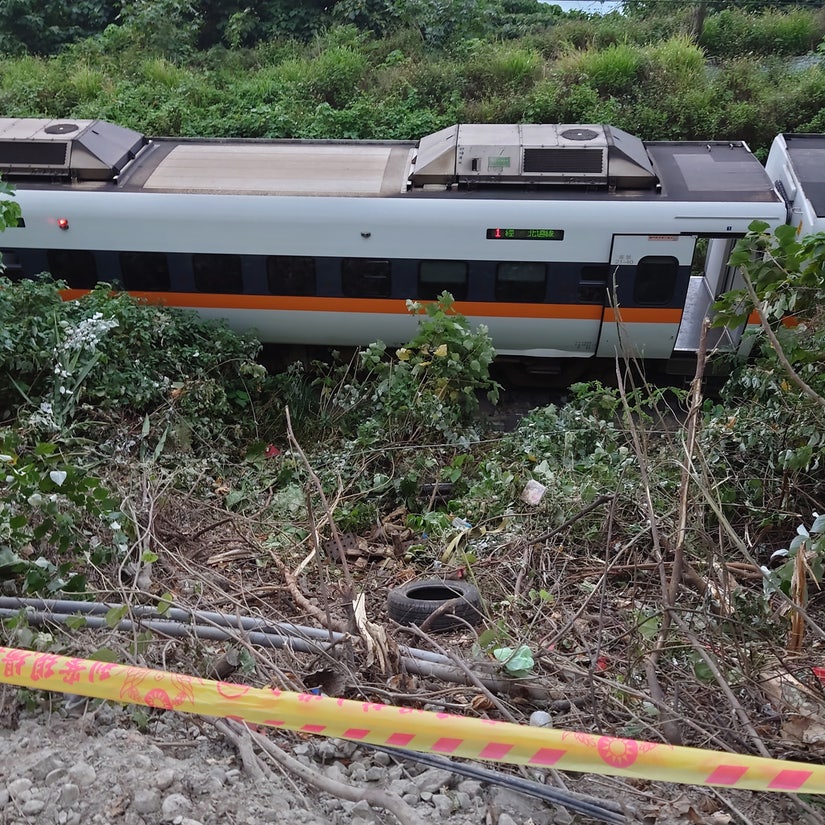 In a tragic twist of irony, the construction truck had been working on shoring up landslides in the region to prevent this exact kind of accident.

51 people have been killed in Taiwan's worst ever rail disaster.

On Friday the Taroko Express, carrying nearly 500 passengers, smashed into a truck that had rolled onto the tracks; investigators believe the parking brake was not properly engaged.

The train had just entered a mountain tunnel near Taroko Gorge, the driver oblivious to the runaway truck that lay in wait at the other end.

"At present it is suspected because the vehicle wasn't braked properly, it slid for around 20 meters along the site access road and entered the eastern trunk line," said Feng Hui-sheng, Taiwan Railways Administration deputy director, per NPR.

In a tragic twist of irony, the construction truck was operated by the railway itself, and had been working on shoring up landslides in the region to prevent this exact kind of accident.

Meanwhile, many of the passengers had been traveling to the capital of Taipei for the first day of Qingming — the Tomb Sweeping Festival — an annual pilgrimage to the grave sites of ancestors.

Five of the train's eight cars were derailed and lodged inside the tunnel. As well as the 51 killed, dozens more were injured. Many of the victims were crushed as the cars piled against the tunnel walls.

Of the 496 people inside the train, 120 were without seats and were standing at the time of impact.

Videos from the scene show the survivors clambering out windows and climbing over the crippled train, as rescue workers struggle to access the wreck inside the tunnel:

WARNING: GRAPHIC CONTENT - A Taiwan express train with almost 500 people on board derailed in a tunnel after hitting a truck that had slid down onto the track. At least 50 people were killed, including the driver https://t.co/5jygSwTZ0n pic.twitter.com/K01LDbGBkA

Taiwan rescuers are scrambling to reach passengers trapped inside a train derailed inside a tunnel, as dozens of people are feared dead in the crash pic.twitter.com/w0uxd8SOxY