Meryl Streep has been nominated 21 times!
Receiving an Oscar nomination from The Academy is a prestigious honor for any actor but there are some who are talented enough to have actually been recognized by the organization on more… 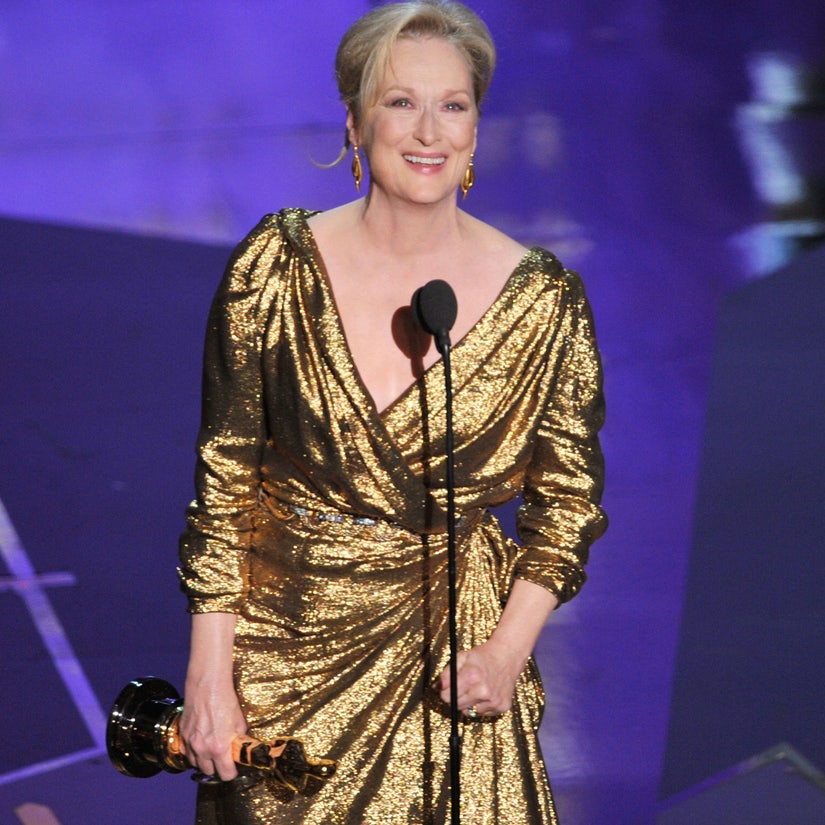 Meryl Streep has been nominated 21 times!

Receiving an Oscar nomination from The Academy is a prestigious honor for any actor but there are some who are talented enough to have actually been recognized by the organization on more than a few occasions! While many stars are thrilled to just have been nominated once or twice, this elite group of actors have racked up numerous nominations throughout their careers, exclusively in the acting categories.

Stars like Jack Nicholson and Meryl Streep have received nods from The Academy over 10 times. In fact, Meryl has long held the record for most nominations, having been nominated in the acting categories an impressive 21 times during her career.

Find out which actors have the most Oscar nominations of all time....

Over the course of her career, Meryl Streep was nominated for 21 Oscars, including nods in the categories of Best Actress and Best Supporting Actress. Overall, she’s taken home three wins for her roles in “Kramer vs. Kramer,” “Sophie's Choice,” and “The Iron Lady.” And even as such a celebrated actress, Meryl says she’s always nervous about her films and surprised each time she’s nominated.

“After each film I would do I would tell my husband, ‘OK. That’s it. I’m not going to work anymore; we should find a place to retire...’ And often when I would be preparing to work on the next project my husband would have to listen to me worrying about this or that and indulging in all my usual doubts. Fortunately, things have turned out pretty well!” she told South China Morning Post.

Katharine Hepburn was nominated 12 times throughout her career and is one of the most celebrated Oscar recipients after winning four times. She took home Best Actress on each of those occasions, for her roles in “Morning Glory,” “Guess Who’s Coming to Dinner,” “The Lion in Winter,” and “On Golden Pond.” Despite her constant nominations, Katharine reportedly only attended the award ceremony on one occasion to present the Irving G. Thalberg Memorial Award to producer and friend Lawrence Weingarten.

“As for me, prizes are nothing. My prize is my work,” Katharine reportedly once said.

READ:  Hiking Family NOT Killed By Lightning -- Here's Everything We DO Know

Jack Nicholson has also received 12 nods from The Academy, with eight nominations in the category of Best Actor. He’s been recognized three times for his roles in “One Flew over the Cuckoo's Nest,” “Terms of Endearment,” and “As Good as It Gets.”

Bette Davis was nominated for Best Actress 11 times during her career and took home the award two times for her roles in “Dangerous” and “Jezebel.” Although that’s quite an accomplishment, Bette once said that she was truly hoping to win a third Oscar. Instead, she ended up bringing home an Emmy to keep her two Oscars company.

“I was nominated 10 times and I would look at my two Oscar boys and I would say, ‘Tonight, maybe I’ll bring you home a friend.’ Well it didn’t work out that I ever brought home the third Oscar and a friend,” Bette once explained, adding that she was happy to finally bring them home a friend when she won her Emmy.

Laurence Olivier was also nominated 10 times and took home Best Actor for his role in 1948’s “Hamlet,” the same year the film won Best Picture. He was up for the award eight other times in addition to one nomination in the Best Supporting Actor category. Before his passing, he was also presented with an Honorary Oscar, recognizing the unique achievements of his entire career and his lifetime of contribution to the art of film.

Spencer Tracy was nominated for nine Oscars during his lifetime and took home two consecutive Best Actor awards for his roles in “Captains Courageous,” and “Boys Town.” Spencer didn’t even happen to be present to accept his second Oscars win but his wife Louise Treadwell was there on his behalf.

Paul Newman received nine nods from The Academy during his acting career and was awarded Best Actor for his role in “The Color of Money.” He was nominated in that category seven other times, also receiving a nomination for Best Supporting Actor. He was also presented with an Honorary Oscar as well as the Jean Hersholt Humanitarian Award, recognizing his outstanding contributions to humanitarian causes.

Al Pacino took home the Oscar for Best Actor for his role in “Scent of a Woman” but he was actually nominated nine times in total. He received nods in the category of Best Actor on five occasions and Best Actor in a Supporting Role four times.

"Well, I think they're fun for people that watch but being part of it is a little stressful. But at the same time, it's a great perk for you if you have an Oscar nomination and it makes you feel…You never quite learn how to handle it though. When I was younger, it was a different thing for me than it is now. Now I try to...just look at it for what it is, you know, and I admire it, and the whole fact that I'm involved,” Al told Sky News.

Marlon Brando received eight nods from The Academy during his career and took home two Oscars for Best Actor as recognition for his work in “On the Waterfront,” and “The Godfather.” Marlon didn’t actually accept his second win, in protest of Hollywood’s portrayal of Native Americans in film. Instead, he had Native American actress Sacheen Littlefeather attend the ceremony in his place and on stage, she read a lengthy statement from Marlon, condemning the entertainment industry for their mockery of Native Americans.

Jack Lemmon took home an Oscar for both Best Actor and Best Supporting Actor during his acting career. His wins came from his films “Save the Tiger” and “Mister Roberts,” respectively. He was also nominated six other times in those two categories before his passing.

“I just love going to the ceremonies. I don't know if I've been every time I've been nominated, but I've been a lot,” Geraldine told The CS Monitor.

Peter O’Toole was nominated for eight Oscars during his career but unfortunately didn’t win any of the awards. Instead, he was presented with an Honorary Oscar, recognizing the achievements of his entire career and his lifetime of contribution to the art of film. Although he was initially hesitant to accept the award and wished to defer the honor until he was older, he eventually agreed.

“I wish the Academy to know that I am as delighted as I am honored. And I am honored. The magic of movies enraptured me when I was a child. As I totter into antiquity, movie magic enraptures me still,” he said in his acceptance speech.

Glenn Close has been nominated for eight Oscars in her career thus far but unfortunately hasn’t taken any home. And although she hasn’t won, Glenn says that she’s okay with just having been nominated, but would eventually like to be considered for a lifetime achievement award.

“I just have to keep doing what's good. You're fulfilled by your work, and that's the process to me. It's what feeds my soul, but it really is nice when other people like it. It might be cool to never get one. I wouldn't mind being wheeled out when I'm old and drooling, and I have a grey wig to cover my bald head,” Glenn said during an Actors on Actors interview.