In his new memoir, Hunter Biden shades Donald Trump Jr. and Eric Trump for relying on their father’s businesses for employment throughout their lives. The President’s son, meanwhile, writes that he has always tried to work hard enough so that his “accomplishments stand on their own.”

The 51-year-old lawyer published his memoir, Beautiful Things, on Tuesday, April 6. In the deeply personal book, the younger Biden covers everything from the death of his older brother Beau Biden in 2015, to his lifelong struggles with addiction and eventual sobriety. And of course, as the son of President Joe Biden, he also dives into politics. At one point in the memoir, the father of five calls out fellow First Sons Donald Trump Jr. and Eric Trump for finding success through nepotism. The former president’s sons have worked with him for the entirety of their professional careers, whereas Hunter notes, “I’ve worked for someone other than my father, rose and fell on my own.”

“There’s no question my last name was a coveted credential. That has always been the case,” Hunter writes later in the memoir, acknowledging his own privilege as Joe Biden’s son. But he goes on to take aim at the “Trump children” for always working for their father. “Do you think if any of the Trump children ever tried to get a job outside of their father’s business that his name wouldn’t figure into the calculation? My response has always been to work harder so that my accomplishments stand on their own,” he writes. 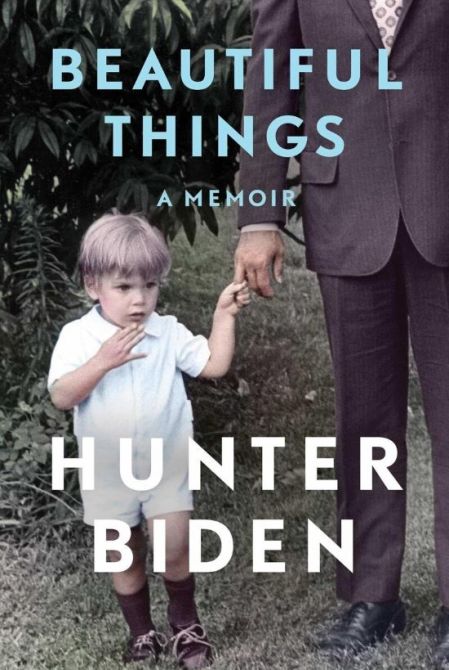 In the past, Donald Trump Jr. has made claims suggesting that he worked his “way up” in the Trump Organization while attempting to criticize Hunter. The former president’s eldest son made the surprising claim in a tweet in October 2020, where he wrote, “My father gave me an opportunity to work my way up in his company. Joe gave his son China.”

Many social media users were confused by Trump Jr.’s claims, as he began working in an executive capacity for his father’s company as early the year after he graduated from college.