The lead role in Reminiscence was written by director Lisa Joy specifically for Hugh Jackman. Yet the Aussie actor couldn’t help but think he scored the gig solely because another Hollywood star was unavailable.”Honestly, when you said you wrote the pa…

The lead role in Reminiscence was written by director Lisa Joy specifically for Hugh Jackman. Yet the Aussie actor couldn't help but think he scored the gig solely because another Hollywood star was unavailable.

"Honestly, when you said you wrote the part for me, I thought that meant Brad Pitt said no," Jackman joked to Joy during the movie's recent launch event attended by 9Honey Celebrity. Joy — who made her directorial film debut on the blockbuster — insisted she only had Jackman in mind when she wrote the script while pregnant.

"I was literally writing it alone at home while puking in a bucket from morning sickness," recalled Joy, who is renowned for writing and directing the Emmy-nominated show, Westworld.

"And when it came around and the rights came to me, I wanted to find a director for it that could see the things that I saw in the film, so I chose myself. But myself as a director was very high maintenance in that I only wanted to do the film if Hugh Jackman would be the lead. So it was pretty high stakes for me." Luckily, one email and a scheduled meeting at the actor's apartment in New York was enough to get Jackman on board — and he hadn't even read the script at that point.

But the idea of a private investigator of the mind, Nick Bannister, helping his clients access lost memories was too interesting a plot for Jackman to pass up.

READ:  Mayim Bialik Reflects on ‘Blossom': Where Would She Be Today?

Set in a futuristic and sunken Miami, Nick's life is changed forever when he falls in love and becomes infatuated with new client Mae (played by Rebecca Ferguson). When she mysteriously disappears, he sets out to find her only to uncover a violent conspiracy. "My character is fairly a broken man at the beginning with a tough exterior," Jackman explained. "His experience is in the war on the frontlines, but also as an interrogator has left him really quite broken and disengaged and distrusting of the world.

"And into that world comes the incredible Mae … He's immediately intrigued and drawn in and mesmerised. After this relatively short love affair, he becomes obsessed with her and needs to discover what happened because he knows in his heart something bad has happened to her. He just won't accept any other version of events and goes on this great odyssey through the darkest places." 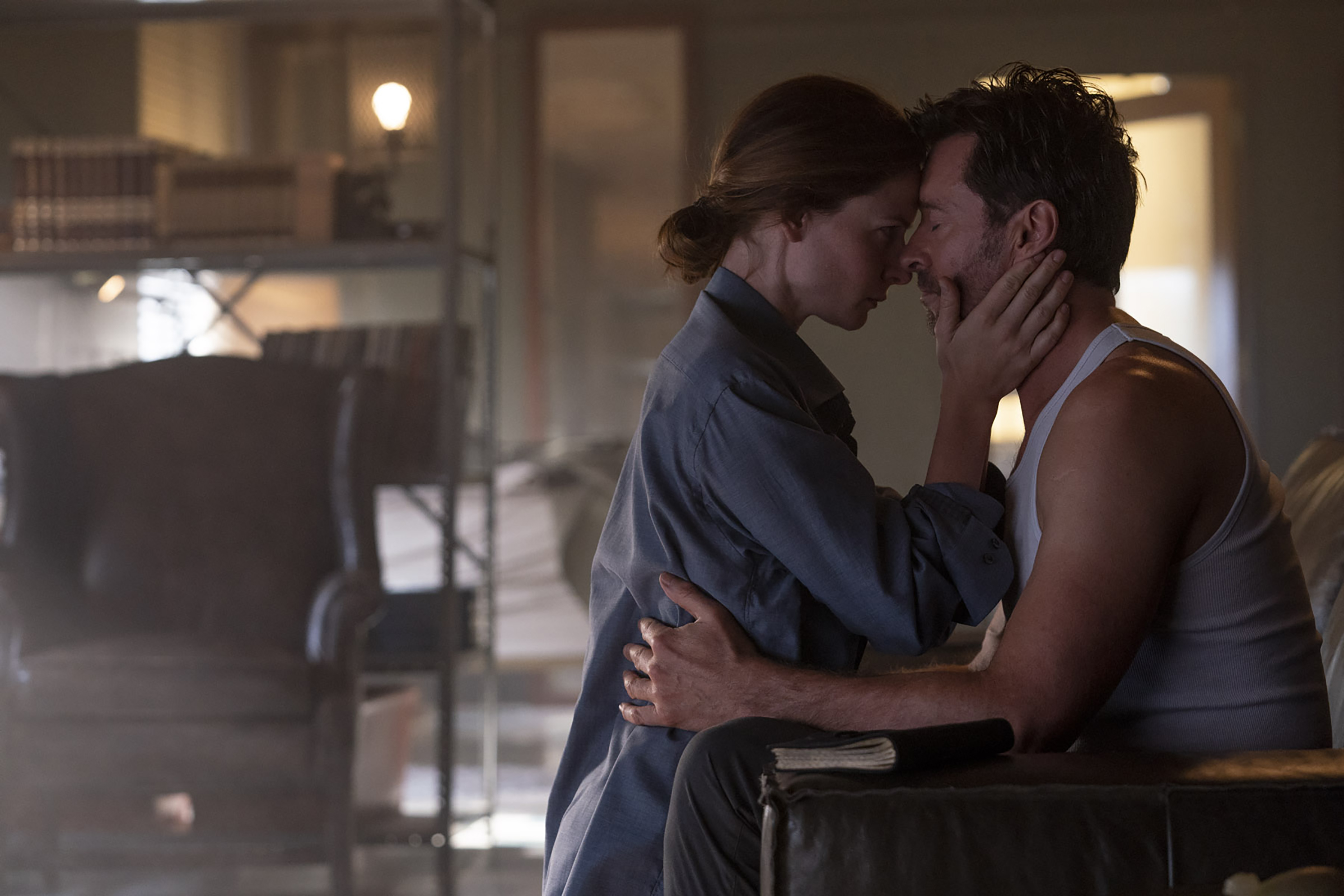 Fun fact about the film: Joy didn't use any post-production tricks or tweaks to create the characters' flashback-memory scenes. That hologram technology seen in the trailer? It all played out in real-time while cameras were rolling.

Thanks to holographic interactive projections, Jackman and his co-stars were able to act out their sequences on an elaborate set and not before a green screen, which is often synonymous with sci-fi films. And this innovative technology impressed the star.

READ MORE: Hugh Jackman struggles to use a microwave in hotel quarantine and fans are trying to help him remotely "When I first saw it, even though [Lisa] explained it to me, it broke my heart that audiences might not believe that it was real, and go, 'Oh, this is so extraordinary, it must have been created on a computer,'" he said.

"It's just another example of how brilliant Lisa is to work with because of her empathy for actors and understanding that this is not just sci-fi — this is memory and humanity. This is our reaction to all these memories that are playing out. For us, it was technically so much easier." 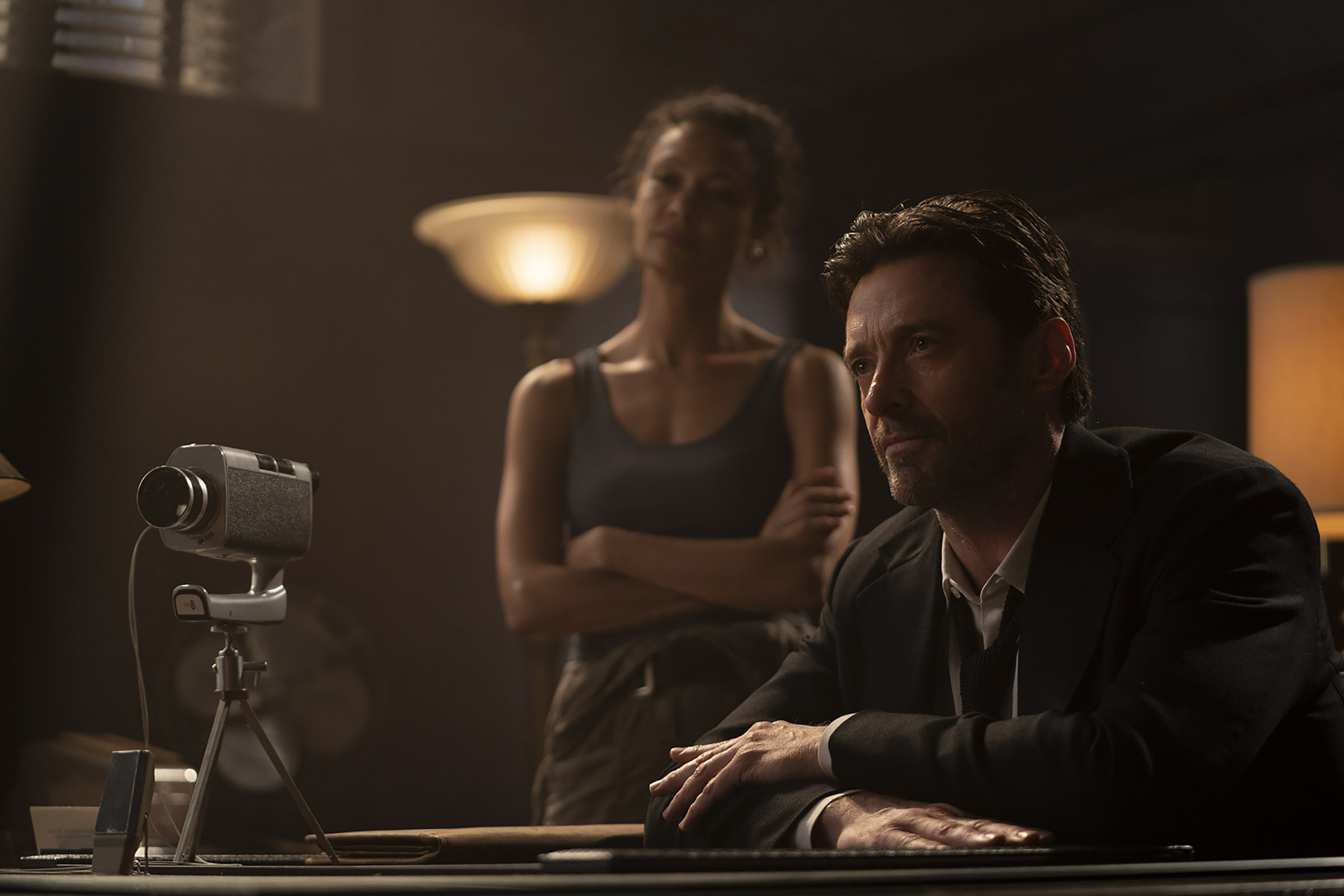 Co-star Thandiwe Newton — who plays Nick's ally Watts — was also in awe of the new technology.

"It was magnificent and it was a new piece of technology that was innovated for this project," Newton said at the launch event. "I can only describe it as an art installation and where Hugh and Rebecca could literally use the technology as they were acting. Very often, as actors, you're standing on stages with blue or green screens.

"Of course, it's magical because you get to see the final product, but it is hard to keep the freshness of realism alive. Here, we were able to interact with the newest form of technology available. I was also excited for Lisa because she had this idea, she had this dream and forced a few people to make it happen. That's not easy."

Reminiscence is now in cinemas.