Lily James, meanwhile, is playing Pamela Anderson.
Tommy Lee has no beef when it comes to Sebastian Stan playing him on “Pam & Tommy,” Hulu’s upcoming miniseries based on the rocker’s life and the release of his sex tape with… 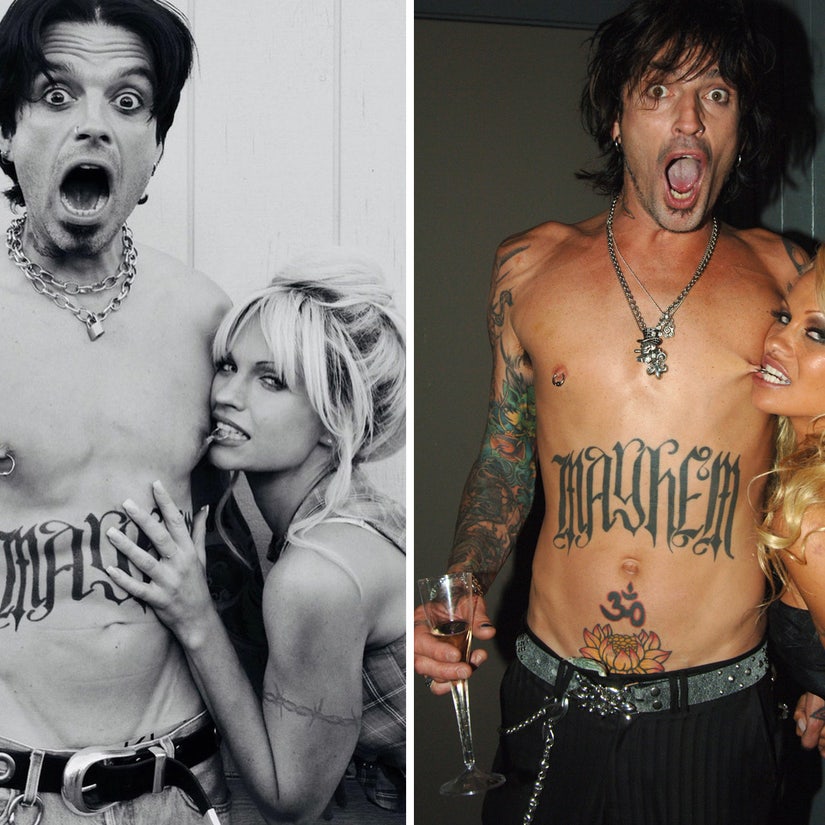 Tommy Lee has no beef when it comes to Sebastian Stan playing him on "Pam & Tommy," Hulu's upcoming miniseries based on the rocker's life and the release of his sex tape with ex-wife Pamela Anderson.

At the MTV Video Music Awards on Sunday, the 58-year-old drummer revealed that while he hasn't seen the photos of Sebastian and Lily James' incredible transformations, he's intrigued by the project.

"I know Sebastian, he's playing me. From what he's told me, [it's a] really beautiful story," Lee told Entertainment Tonight. "I think a lot of people would think it's one thing, but it's really about privacy and how things got crazy then. There's different laws now."

Hulu described the limited series as a "comedic" take on "the true story behind the release of the first ever viral video in history -- the sex tape of Pamela Anderson and Tommy Lee." The eight-episode series, helmed by "I, Tonya" director Craig Gillespie, will also feature Seth Rogen, Nick Offerman, Taylor Schilling, Andrew Dice Clay, Pepi Sonuga, Spencer Granese and Mozhan Marnò.

Speaking with ET, Lee said that while he was looking forward to watching the series, the Mötley Crü drummer admitted that at the time, the situation was hard to live through.

So far, Anderson has remained mum on the project -- though Courtney Love, a friend of Pam's, said she found the idea of the show "so f---ing outrageous" and reminded fans that the sex tape incident "destroyed my friend Pamelas life. Utterly."

Saying that her "heart goes out to Pammy" for the show "further causing her complex trauma," she concluded her post by writing, "And shame on Lily James whoever the f--- she is." She ended the rant with the simple hashtag #vile.