“We walked into a hostile situation,” says Larry as he and Jen react to the reunion drama too.
Taylor McKinney felt like he had some apologizing to do after blowing up at Ryan Edwards’ parents, Jen and Larry, during their last “T… 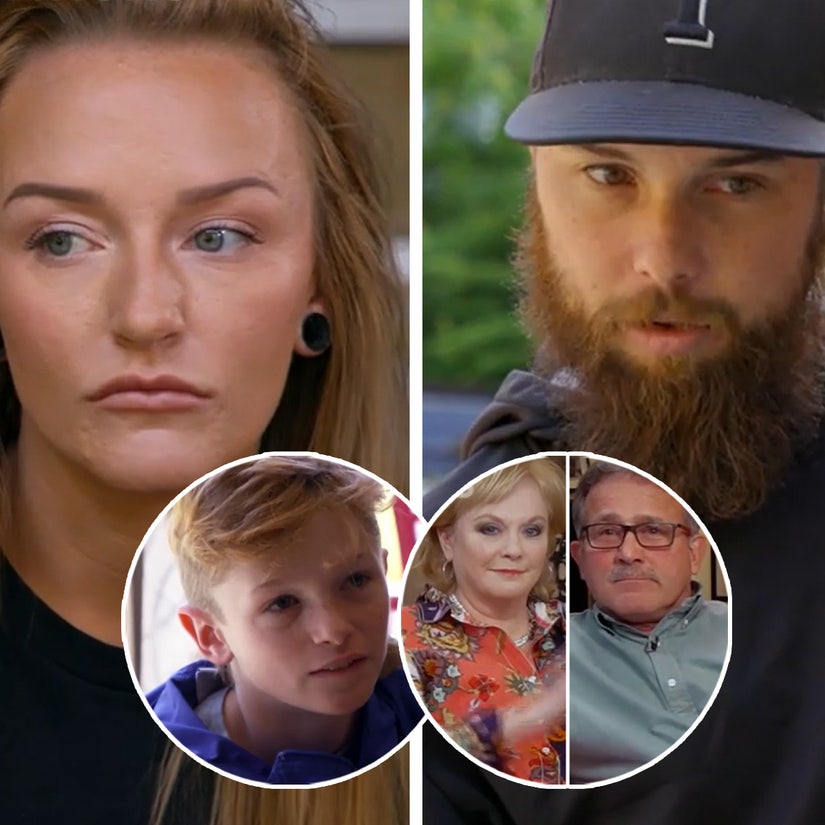 "We walked into a hostile situation," says Larry as he and Jen react to the reunion drama too.

Taylor McKinney felt like he had some apologizing to do after blowing up at Ryan Edwards' parents, Jen and Larry, during their last "Teen Mom OG" reunion -- but not to them.

On Tuesday night's premiere, while speaking with one of his friends, Taylor expressed regret that his actions may have made things worse for Maci Bookout's son Bentley, who is caught in the middle of the family feud. During the reunion, Taylor went off on Ryan's parents, accusing them of ignoring their grandson's feelings and prioritizing the needs of their son, who he believes has taken little initiative in building a relationship with his own boy.

"We don't have a blueprint for parenting. You have to be able to admit when you're wrong. You're gonna do stuff in the moment that you think is right, but then you're gonna sit down later on like, probably could have handled that better," he said when his friend, who has a baby on the way, asked for parenting advice. He then brought the conversation around to the reunion mess.

"Now I'm in a position now, we filmed the reunion, my main thought when I went into it was I don't wanna make things worse for Bentley," he explained. "And although I felt like I got my point across and I said some things that I wanted to say, I don't feel like I completely accomplished not making it worse for him and that's the part that kinda is not sitting well with me. I think I'm gonna have a talk with him."

Viewers then saw him do just that, as Taylor had a one-on-one conversation with Bentley in their car.

"We told you it didn't go well, arguing with your [grandparents]. I was frustrated and not so much with them -- well, a little bit with them -- but being the man of our family I can only sit and take so much, like saying so much about my wife, your mom," he told the boy.

"However, I went in there with the intention that no matter what happened, I didn't want to make things worse for you and I feel like I failed at that. I feel like the argument turned out to be a big blowup and that's not what I wanted to go in there and do," McKinney continued. "Having said that, it shouldn't change your relationship with them. You can still go see them if you want to. That's all up to you. But, as a man, I apologize because I feel like I could have probably handled it better. You know I love you, I got your back no matter what, always will."

After the apology, which Bentley didn't react all that much to, Taylor and Maci then had a conversation about where they stand with Ryan and his parents now.

"The majority of my frustration was with Ryan, but Ryan's too much of a coward to sit out there on the couch. Ryan's been an absent father for years, but the 7 years I've been around, you've gone out of your way to make sure Bentley had a relationship with Jen and Larry," said Taylor.

When he asked whether Bentley has even "mentioned wanting to go over there and see" his father, Maci replied "No."

READ:  This Long-Sleeve Top Proves That Basics Are Anything but Boring

"I guess what bothers me is all season, they say things -- especially a lot about you and that Bentley's being influenced -- no, he's not," Taylor continued. "Bentley's being raised by us two. You don't go sit down with Ryan and say, 'Get your s--- together, be an adult and be a dad.' No, you just put in on Bentley. That's not how it works, that's not being a dad. It's just irritating because they're trying to hide behind some facade that everything's going good. No it's not."

Maci, meanwhile, said she wasn't feeling any pressure to have a relationship with Ryan's family following the fallout. "I have no interest in trying to force anything or whatever, maybe ever," she added, "but definitely not soon or right now."

Jen and Larry appeared on the show as well, with Jen saying the reunion "didn't need to go that way at all." She added, "I never expected it to, so that was kinda shocking."

"To be honest with you, we walked into a hostile situation," added Larry, while Jen said it felt like they had taken "100 steps backward."

"This right here, it's been pretty stable for Bentley, it's been a lot of security and I think Bentley one day will realize that Ryan's not as bad as they make him out to be," said Ryan's dad.

"We have to all try to get along," added Jen. "It's harder on Bentley when we don't."