Kyle Sandilands currently dominates the airwaves with his shock-jock bravado and controversial antics. But a glimpse into his childhood and you’ll understand why he is the man he is today.Growing up in a broken home, Sandilands moved around multiple ti…

Kyle Sandilands currently dominates the airwaves with his shock-jock bravado and controversial antics. But a glimpse into his childhood and you'll understand why he is the man he is today.

Growing up in a broken home, Sandilands moved around multiple times and attended more than 10 different primary schools. The trauma of his parent's divorce at age 10 left him scarred and made Sandilands focus on his career rather than family and children.

But this week, the shock jock announced he is going to be a dad for the first time at the age of 50 as fiancée Tegan Kynaston was pregnant with his baby. It seems the road to happily ever after has been a long one for Sandilands but the destination was worth the journey.

READ MORE: Kyle Sandilands' dating history: Everything we know about his past relationships 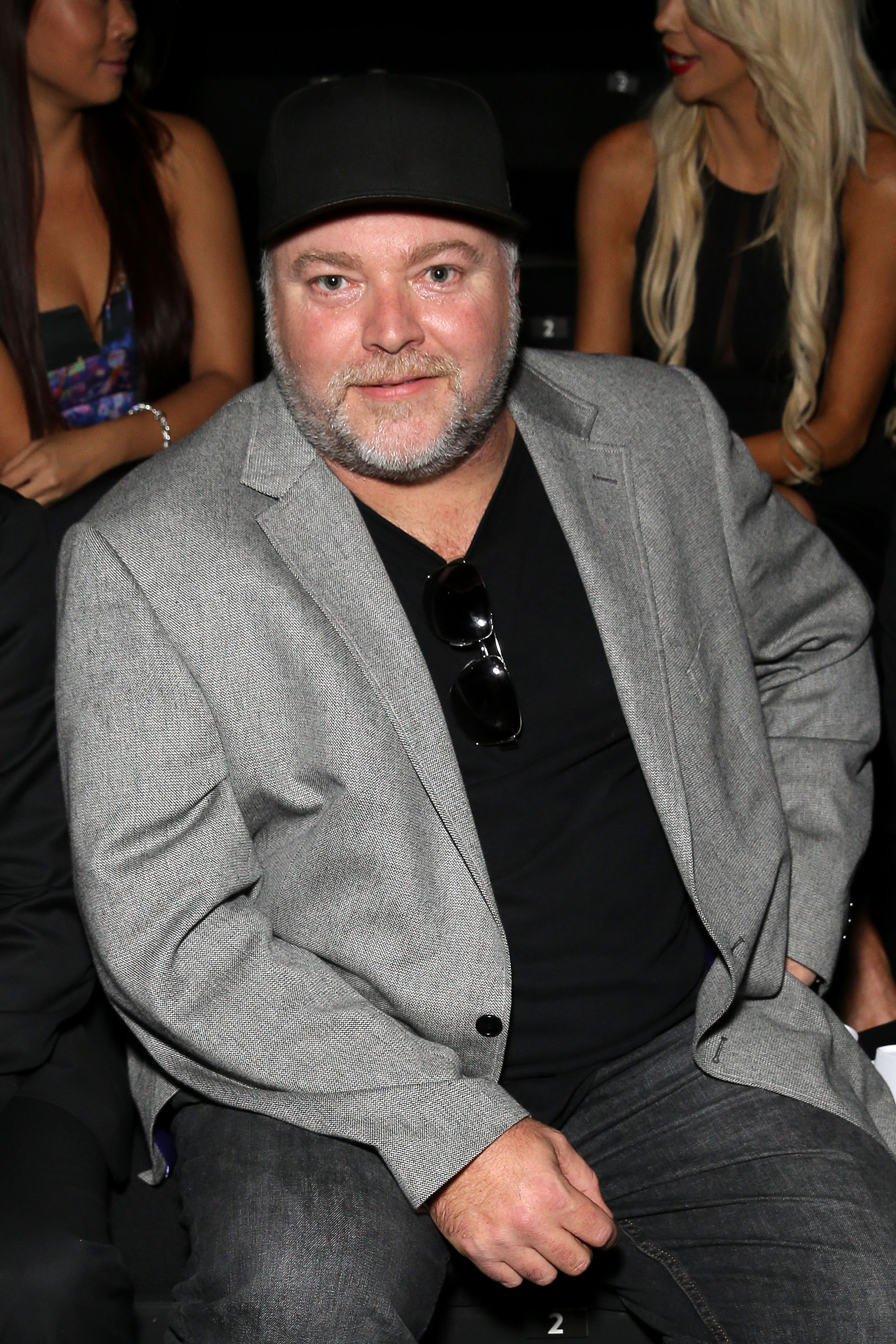 Sandilands has made no secret that he had a dysfunctional, "intense" childhood in Brisbane after his parents' split. He and his brother went to live with their mum but were forced to move around a lot. This meant Sandilands attended 13 primary schools in his youth.

"I was always the kid in the wrong school uniform always trying to assimilate, so that's pretty much when I became the class clown," he said in an interview aired on comedian Ahn Do's Brush With Fame back in 2016.

READ MORE: Inquest into the death of British lord's daughter 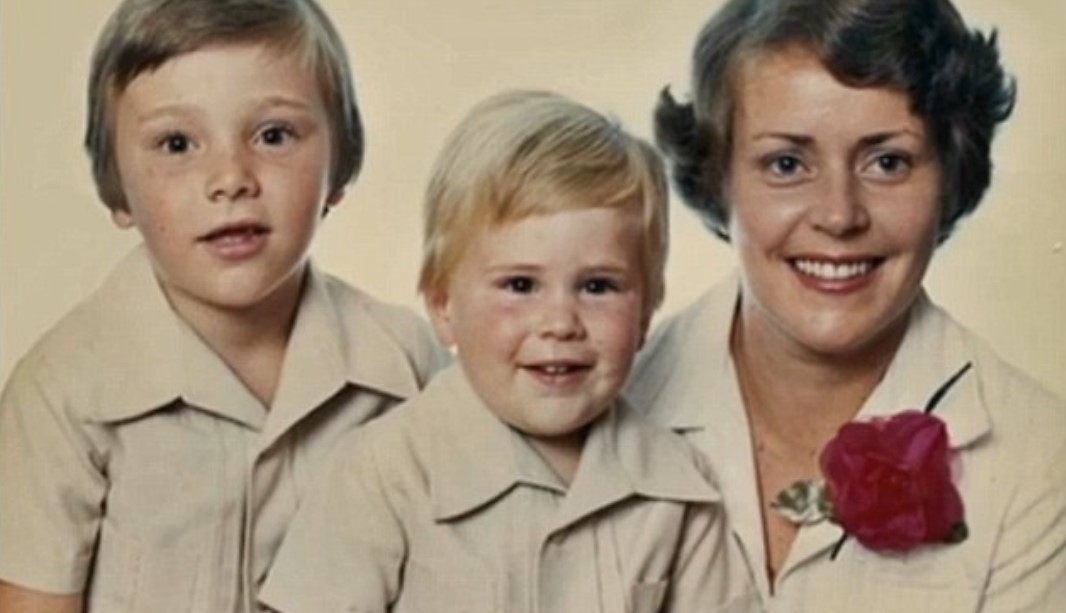 On the program, the KIIS FM host revealed his mother, Pam, eventually remarried and his stepdad's "old-school discipline" made his childhood even more difficult.

"He'd pull the belt out but I didn't mind because I didn't mind taking the heat because I'd seen my mum take the heat for many years," Sandilands told the comedian. "So as long as she was happy and she was safe, then I thought this was normal family life."

However, the household became so strict, said Sandilands, that he moved out at age 15 and was essentially homeless on the streets of Brisbane like a "real street rat".

Sandilands recalled living behind a supermarket as well as a horse float at a petrol station. It was here fell in love with radio as he listened to night-time broadcasters over the speakers. 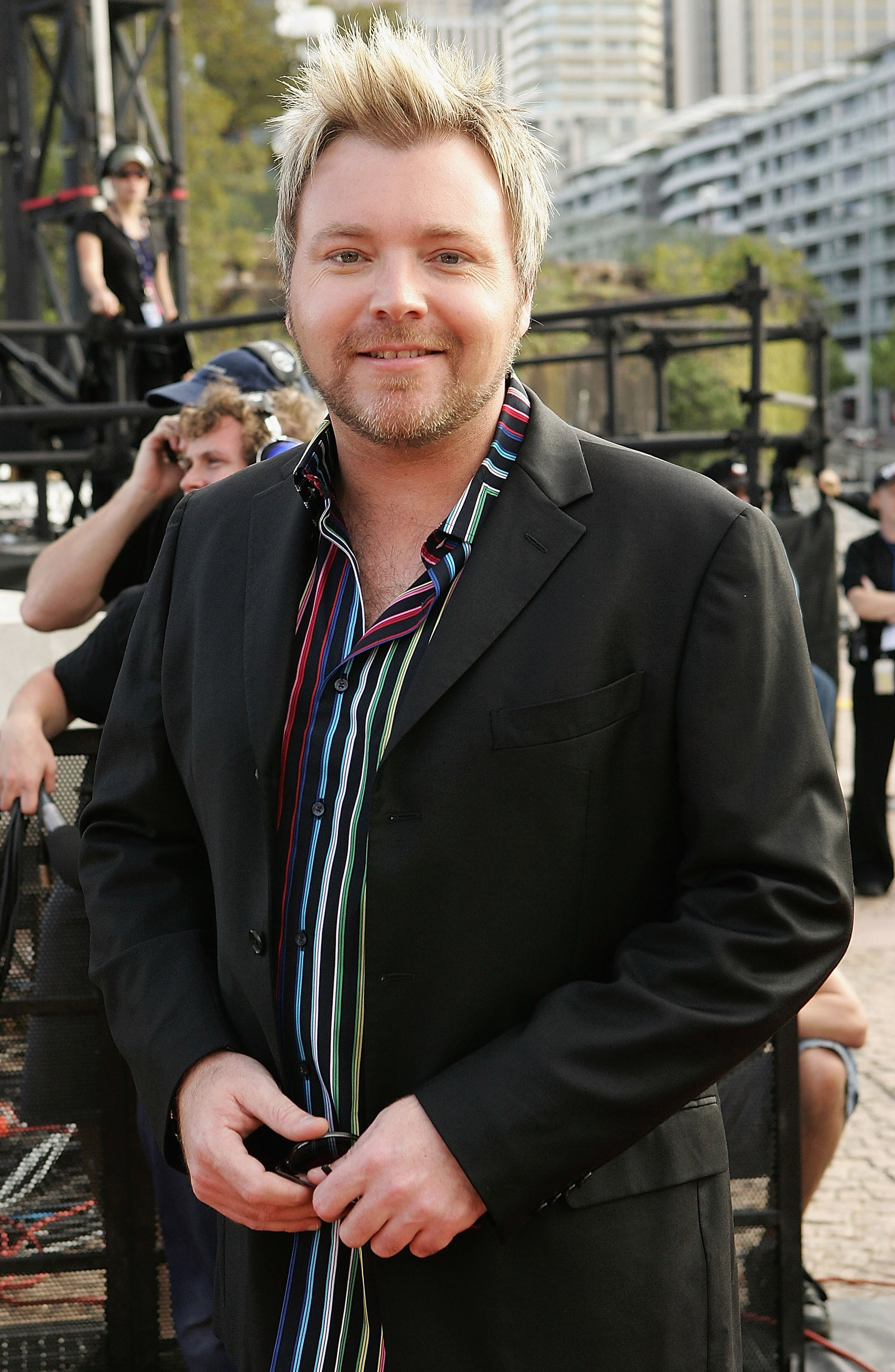 "Every morning there would be crates of bread delivered, crates of milk in the loading dock out the back, so I'd take a loaf of bread and a carton of milk and eat that dry bread," he recalled of living behind the supermarket. "Still to this day I'll guzzle milk out the carton and take three or four slices of dry bread and munch on that."

Sandilands was grateful to an auntie who eventually took him in from the streets and took him to Townsville to live with her.

"I don't know what you're planning on Sandilands but there's no job out there where being a smart-arse makes you money," were words said to Sandilands by one of his teachers.

But the hurtful comment did little to deter the budding broadcaster. He spent 10 years in radio promotions in Queensland until he scored a full-time gig on breakfast radio in Sydney. He relocated interstate and was soon hired by 2Day FM to host the Hot 30 Countdown with Jackie 'O' Henderson for a reported $255,000 a year.

READ MORE: Hack on how to get all the peanut butter out of the jar takes TikTok by storm 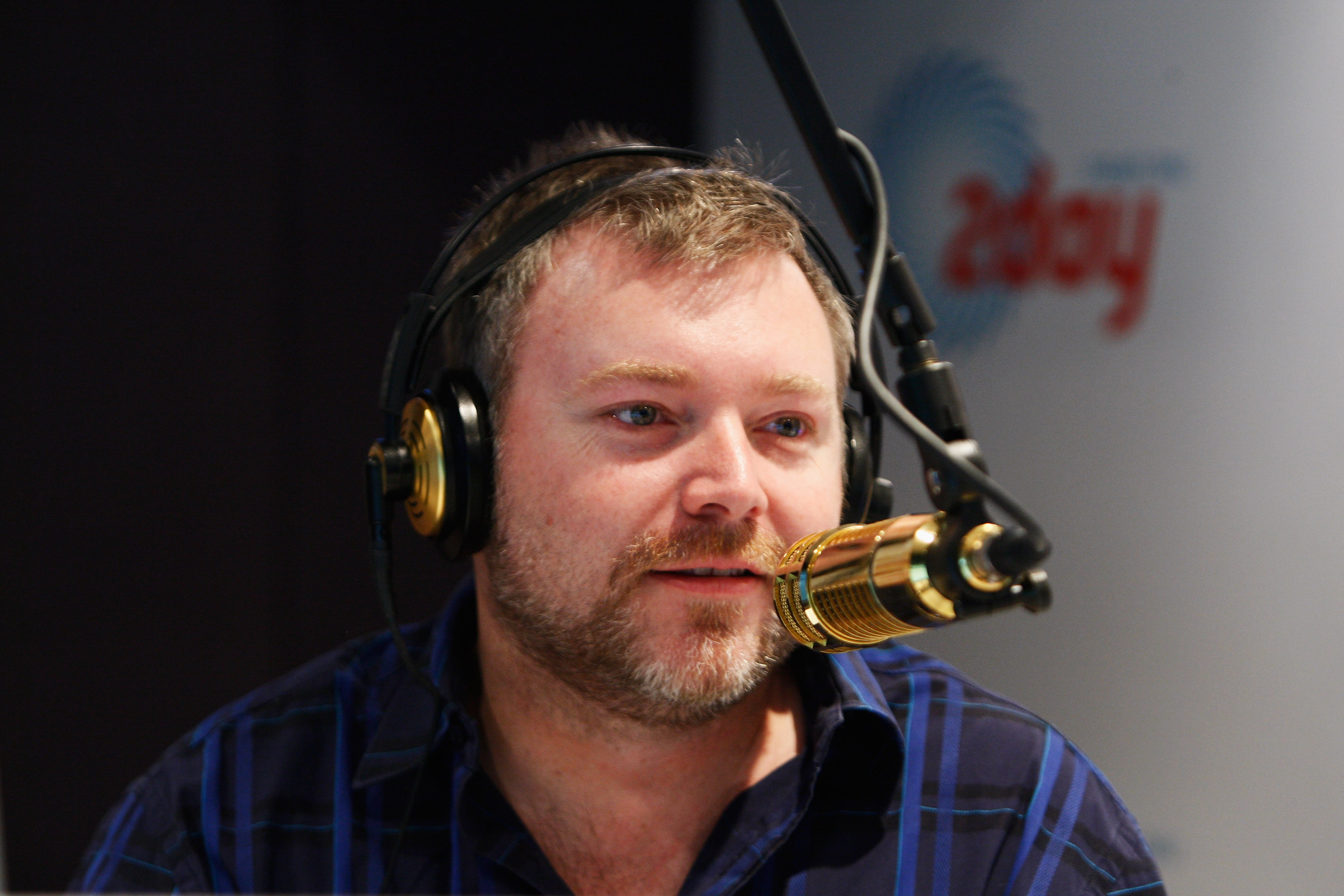 Both Sandilands and Henderson have since defected to KIIS FM where they host The Kyle & Jackie O Show with a reported $5 million salary.

"If I could really live it over again I'd change nothing because all roads lead to this," Sandilands told Anh Do. "[My] general humour on air or off air is a bit blue and a bit crude. That's just what I find funny, so I can understand that some people think I'm an a---hole. I don't find knock-knock jokes funny, I find something that's a bit naughty-funny."

"I think people that listen to the show regularly, that listen a lot realise I'm not a bad person," he added. 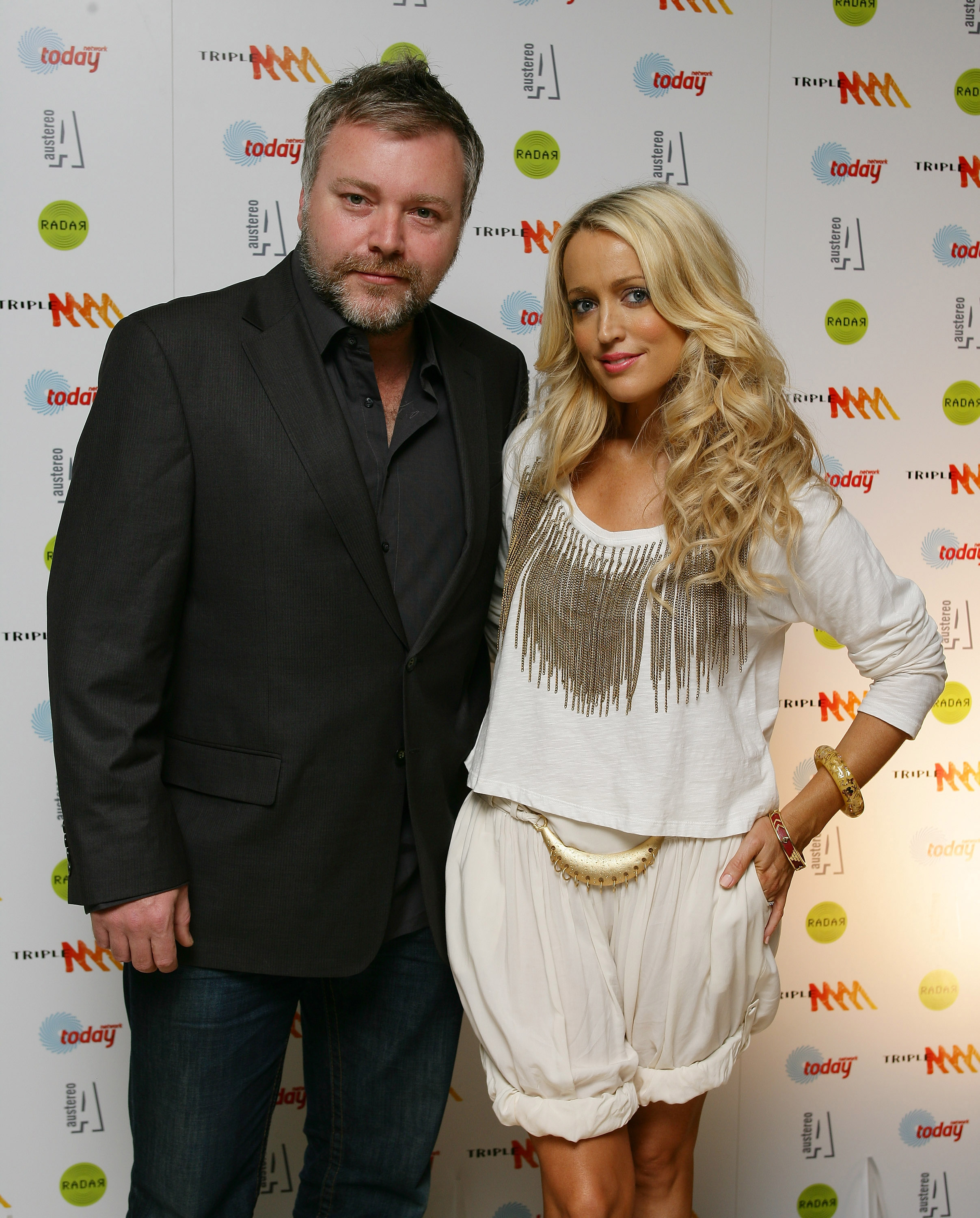 Sandilands may now be the king of radio, with his million-dollar salary, but he said he'll never forget where he came from.

"I never have any money stress but I have that feeling deep in my gut or deep in me somewhere is living back in that cardboard box," he said in a previous interview. "I think that's what drives me."

Sandilands has had a number of long-term relationships over the years. In a 60 Minutes interview last May, he revealed his quest to be loved.

"I'm the kid who was thrown in the gutter at 15... I'm always looking for someone to love me back. I've got a lot to give but, you know, I want it back. Probably more than I want to give," he told his mate, journalist and Today co-host Karl Stefanovic.

When Sandilands made the brief pivot from radio to TV in 2001 to be a judge on the singing competition Popstars, little did he know he would meet his future wife, Tamara Jaber — she would go on to win the competition with her band Scandal'Us. 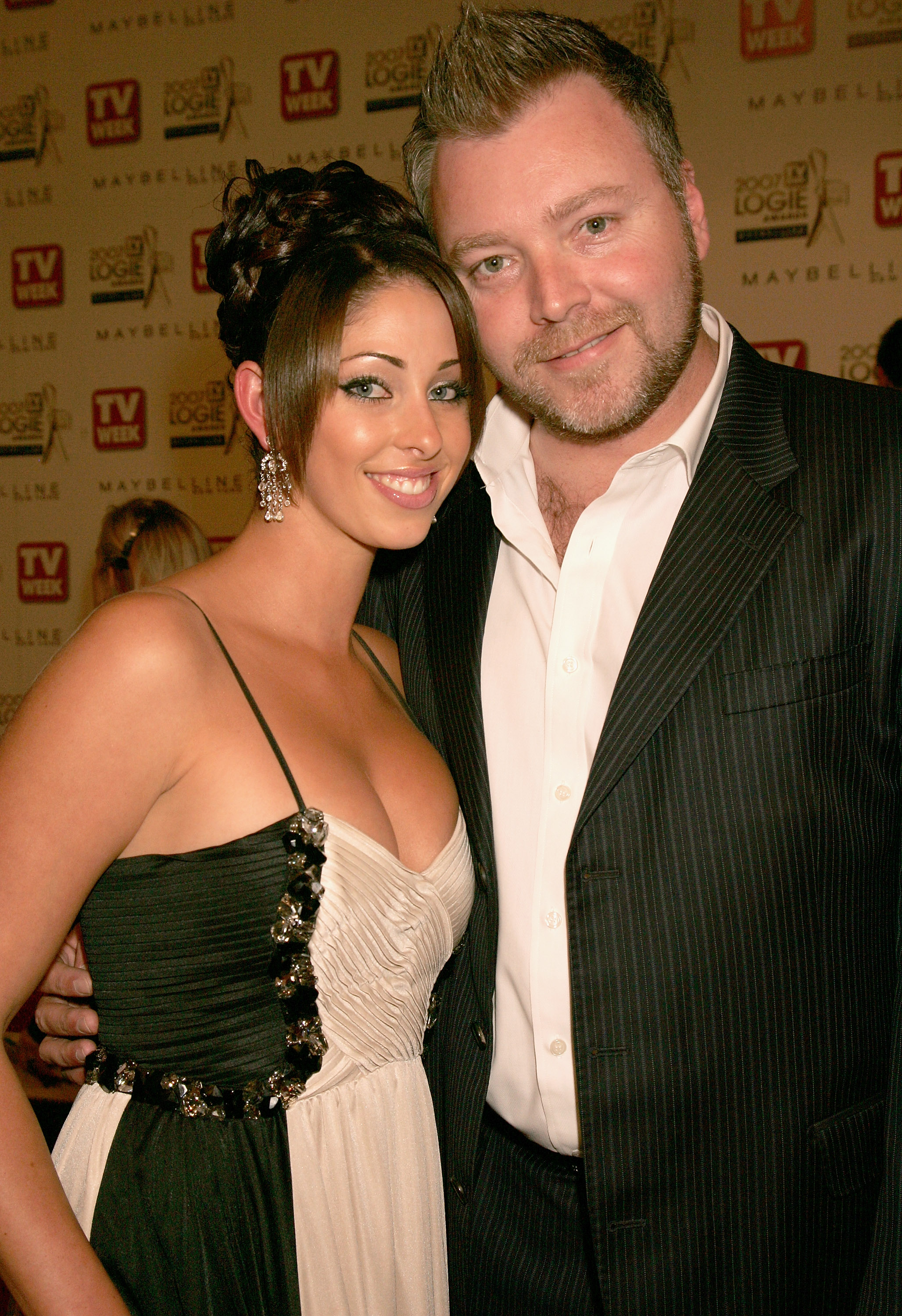 The couple began dating shortly after the reality TV show was filmed. In 2008, after seven years together, they were married at St Brigid's Church in Sydney's Marrickville, before hosting a lavish $1 million reception at the Doltone House in Pyrmont.

Last year, Sandilands revealed on air that Jaber, now 39, tried to call off their wedding the night before the ceremony because she felt he was "making a mockery" of the event by giving away tickets to their nuptials on his radio program.

"When I was married my wife told me the morning before we got married — she was only my girlfriend then — 'I think we're making the biggest mistake of our life getting married tomorrow,"' he told co-host Henderson, who was a bridesmaid at the wedding.

"And I was like, 'No, don't be silly. Everyone's here.' And I thought these were just pre-wedding jitters. But no, she really didn't want to."

Two years later, in 2010, the couple announced their split. 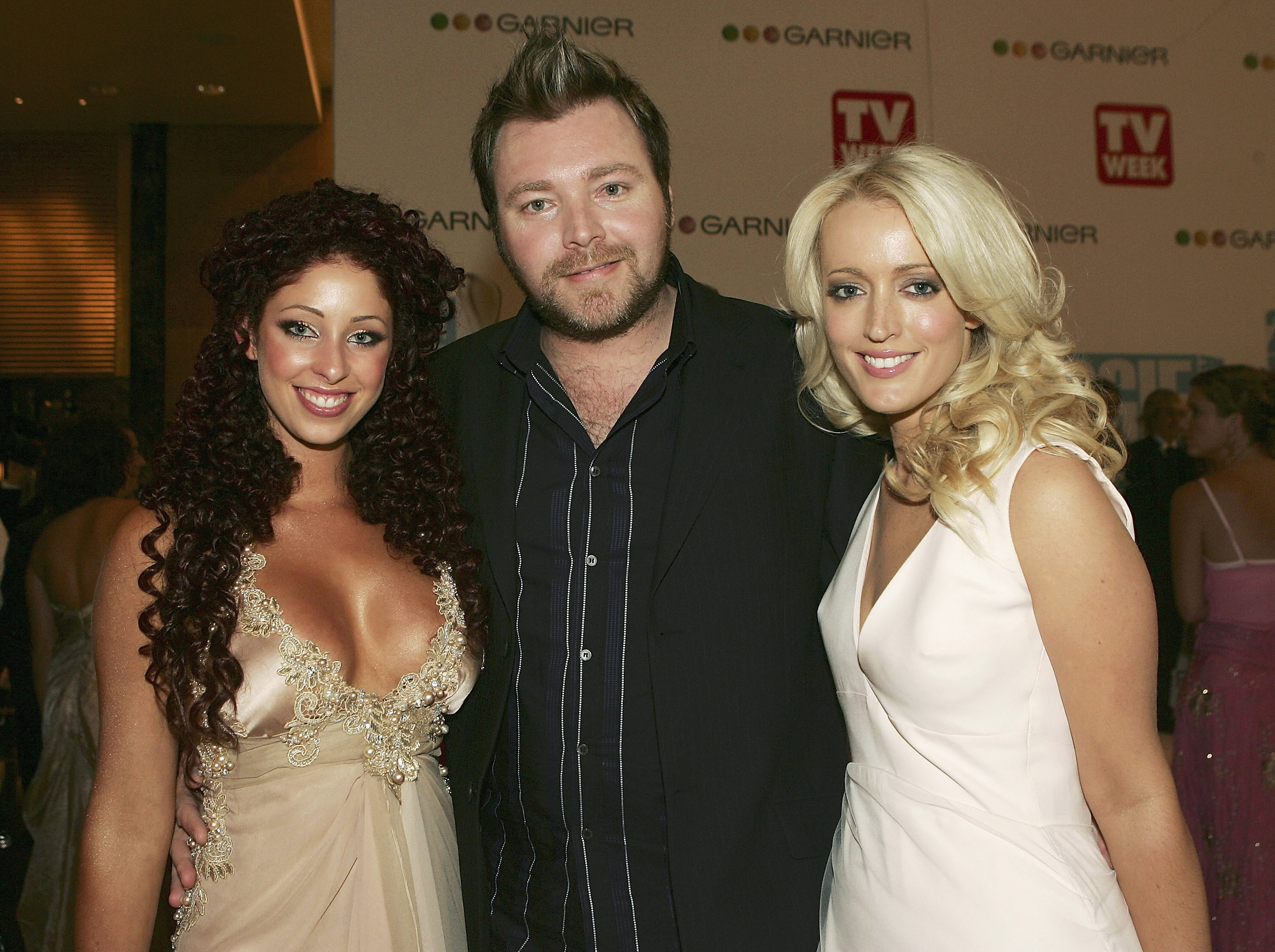 One decade later, in a frank on-air discussion about his split, Sandilands owned his part in the demise of his marriage, saying he often becomes emotionally distant in relationships.

"That's what I do. I think I shut down quietly as time goes on. And then you just drift apart, drift in different directions," he confessed. "I probably didn't pay much attention to the other half back then. I was younger, I was driven mainly by work and I was like, 'Oh yeah, I've got a girlfriend, got a wife. Ticked that box, move on.'" And he was quick to move on from Jaber. In 2011, while his divorce was being finalised, he was already dating Imogen Anthony, an American model he had met at his 40th birthday party, who was 20 years his junior.

Sandilands and Anthony went on to date for eight years before they parted ways in November 2019. The shock jock announced the split on air, telling listeners: "We haven't been with each other for quite a few months now. Unfortunately, it's run its course."

And then there was Tegan…

One month after his split from Anthony, Sandilands was rumoured to be dating his then-personal assistant, Tegan Kynaston, who is 15 years younger.

The pair initially denied the romance but made it Instagram-official when Kynaston shared a photo of herself kissing Sandilands on the cheek on New Year's Eve 2019. 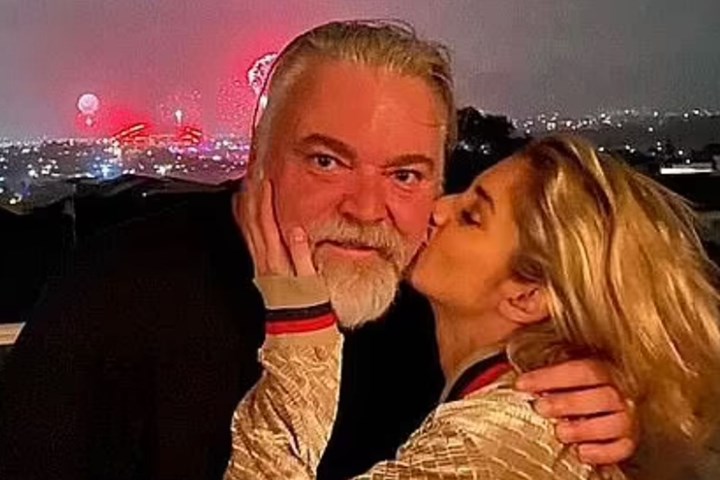 In January 2022, Sandilands proposed to Kynaston, 35, during their luxury holiday to Port Douglas. Weeks later, they announced they were expecting their first baby together.

"I'm having a baby!" he said on The Kyle & Jackie O Show while confirming the baby is due in August.

Sandilands first revealed he had babies on the brain last year in an interview with the Daily Mail. 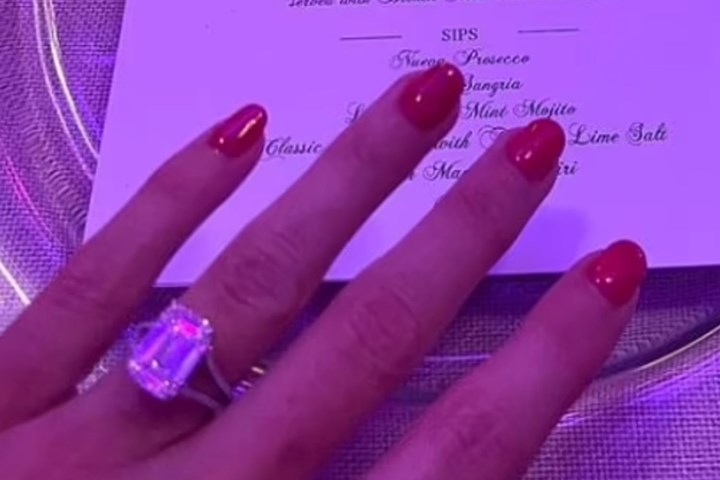 "When you find the right person, things just feel right and it feels very natural to just go down that road," he told the outlet. "I've always thought that I'm definitely going to have kids at some stage. It's just never felt right [before]. I've never pined, never thought, 'I wish I had a little son to watch at the recital.'

"It's only been as I get older that I think, 'Maybe that is something that I want to start looking at.'"