“Let’s just say it was bad enough that I had no choice.”
Jana Kramer is continuing to shed light on her split from Mike Caussin.
In an interview with EXTRA host Billy Bush on Monday, the actress revealed how she discovere… 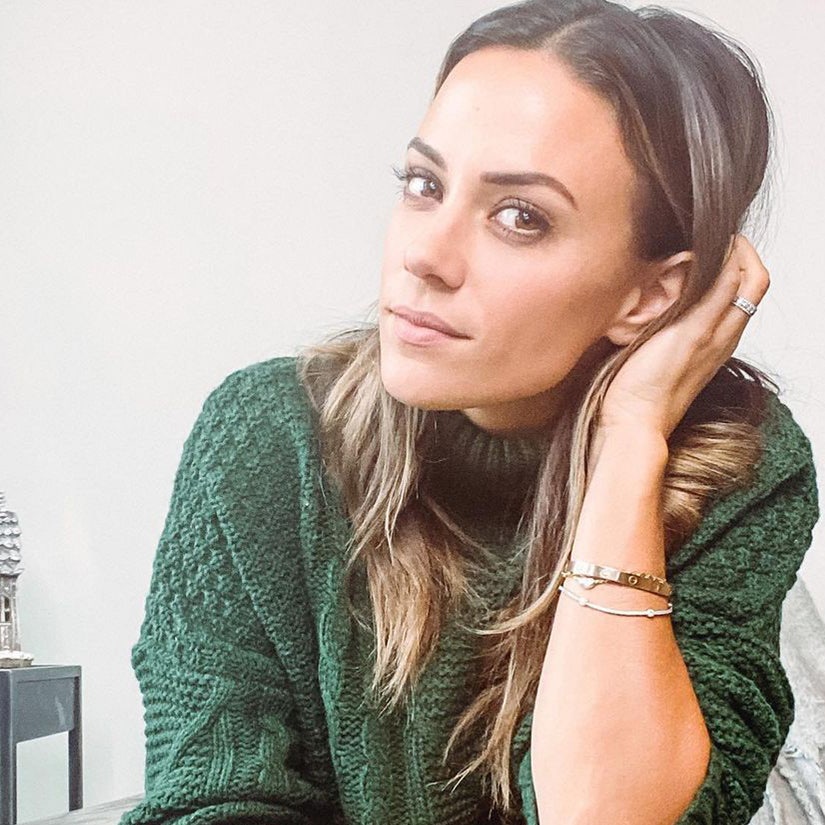 "Let's just say it was bad enough that I had no choice."

Jana Kramer is continuing to shed light on her split from Mike Caussin.

In an interview with EXTRA host Billy Bush on Monday, the actress revealed how she discovered her husband was allegedly unfaithful in their marriage -- again -- leading to their divorce.

When Bush asked if she found out through DMs and "cell phone stuff," Kramer claimed, "That and some more... Let's just say it was bad enough that I had no choice."

Kramer filed for divorce from Caussin last month after nearly six years of marriage. The former couple -- who share daughter Jolie, 5, and son Jace, 2, -- were open in the past about Caussin's repeated infidelity. In the divorce docs, obtained by E!, Kramer cited "inappropriate marital conduct, irreconcilable differences and adultery" as cause for the divorce. He hasn't yet made any comment on the split.

While speaking with Extra, the county singer offered an update on how she's doing. "I'm kind of at acceptance now," she said when Bush asked Kramer if she's still in her "anger phase."

"I got really angry -- it's not what I wanted," Kramer added.

"I came on here, I feel kind of silly because the last time I was on ['EXTRA'] it was with him and about how we were fighting for my marriage and that I was angry because that was a lie on his part," she continued. "Now, I am like, 'Okay, it sucks and it's unfair and it's not what I dreamt of for my family, for my kids, now I have to figure out how to accept it. Walk on, be the best mom I can be for my kids, shift work and figure it out.'"

"Do you feel like you might have been talking yourself into something throughout all these last couple years?" Bush asked. "Were you wanting to believe something that he couldn't live up to?"

"Looking back, I'm like, 'Okay, it kind of makes sense,'" Kramer replied. "I wanted so badly to believe this version that he was portraying. It's just that ultimate betrayal when you realize it wasn't what it was and that’s hard to live with."

The "Friday Night Lights" star added that it "helps with the process of moving on" knowing that she "did everything [she] could."

"Clearly, I was the only one doing the fighting," she added.

Although Kramer has been pretty open about the split, Caussin has yet to say anything publicly. However, Kramer said she believes he "is at peace."

"He knew if this one thing happened, he knew that I was gone," she claimed. "He made his bed. I wish he would have thought of the family and all the work we did. I hope he gets the help he wants and needs."

The "90210" actress said her friends helped her out after the breakup, revealing she couldn't get out of bed at first.

"The first week when everything happened, I had my girlfriends," Kramer recalled. "I just could not leave my bed. They became this insane village. They packed up his stuff, they rearranged my closet to make it look nice, they brought me food and helped me with the kids."

Kramer went on to share how her children are coping with the split.

"Jolie knows and she's kind of telling everyone, which kind of breaks my heart," she explained. "She's like, 'Daddy and Mommy have different houses.' That just hurts my heart because again, that's not what I wanted. She's great."

"Jayce, the first month… They've always had both of us, both of us are essentially stay-at-home parents, so I think that was really hard on him," Kramer continued. "I think now that we're getting into a good parenting schedule, they're okay. They'll be okay."

This comes just a few days after Kramer took to Instagram -- see above -- to reveal the results of her breast augmentation, which she had done before she filed for divorce from Caussin.

"Two weeks before I found everything out, I got a boob job," Kramer recalled to Bush. "Again, I didn't plan on this to happen… Now that I'm healed, I'm like, 'I got a divorce body, okay?'"