Sofia Vergara played the effervescent Gloria on Modern Family, bringing her comedy to the show throughout its entire run from 2009 to 2020.

But behind the scenes, the laughs were far and few — from the murder of her older brother to her cancer diagnosis, the 48-year-old's heartache is unimaginable.

Here are some major trials and tragedies Vergara has faced in her life. Where is Sofia Vergara from originally?

Vergara was born in Barranquilla, Colombia. Her father was a cattle farmer and her mother a stay-at-home mum to Vergara and her five other siblings.

At age 17, Vergara was discovered by a photographer on a beach in her hometown. He asked to take her picture and soon she was scouted for a Pepsi commercial, which was a massive hit throughout Latin America.

But Vergara continued to study dentistry at the University of Colombia and only seriously pursued modelling two years later. In fact, stardom did not particularly appeal to Vergara, during her college years married her childhood sweetheart, José Gonzalez. When she was 19, they welcomed a son Manolo, now 28. 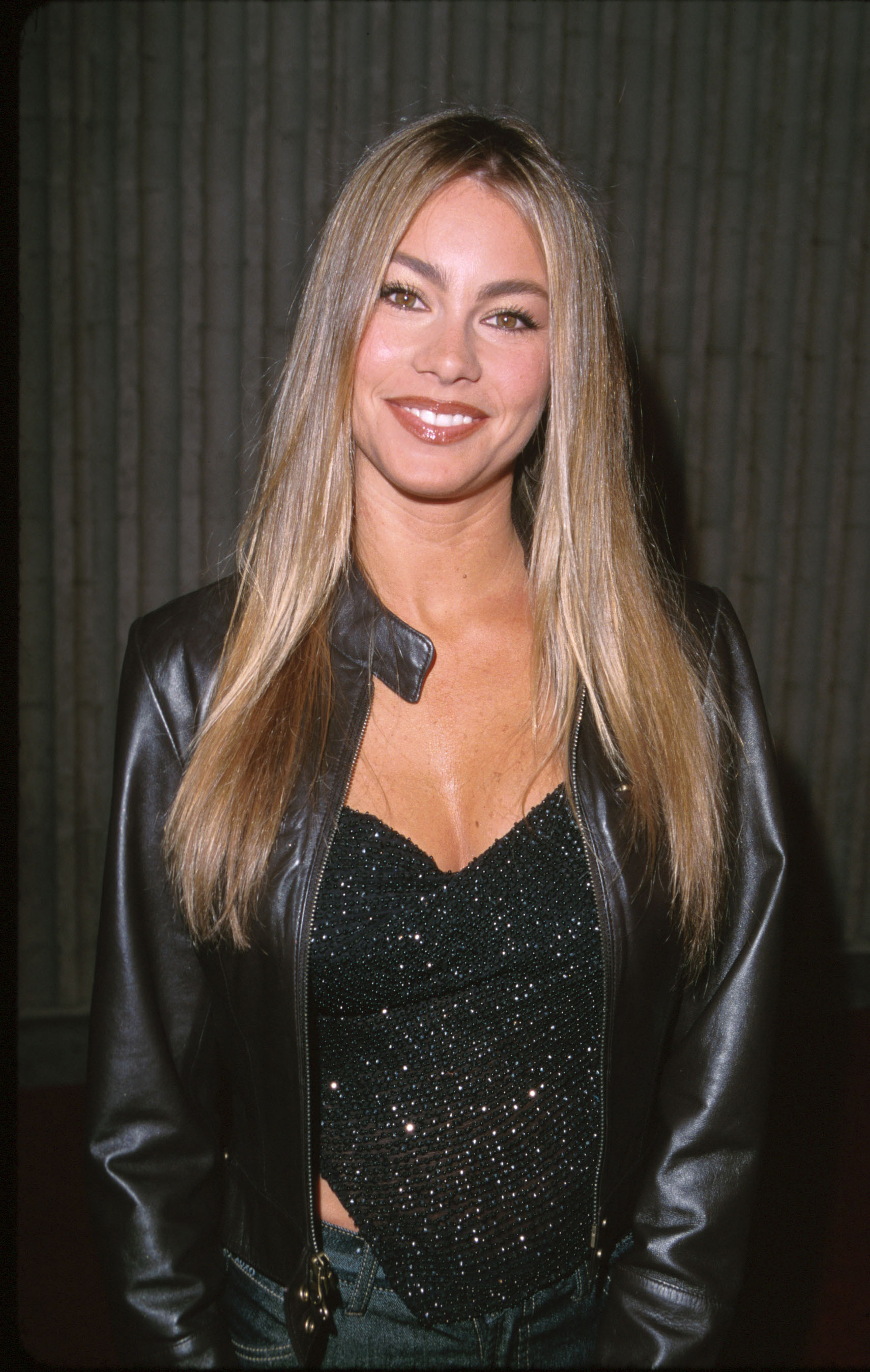 "I didn't want to be an actress," she told the New York Daily News back in 2008. "I wanted to be a dentist, but you never know what life will bring you. But I can't complain, I'm happy with what I've achieved."

Vergara split from Gonzalez in 1993. The following year she moved to Miami after she was offered a hosting gig on a travel show. She took the opportunity to start a better life for herself and Manolo and also escape the escalating gang-related violence in her home town. 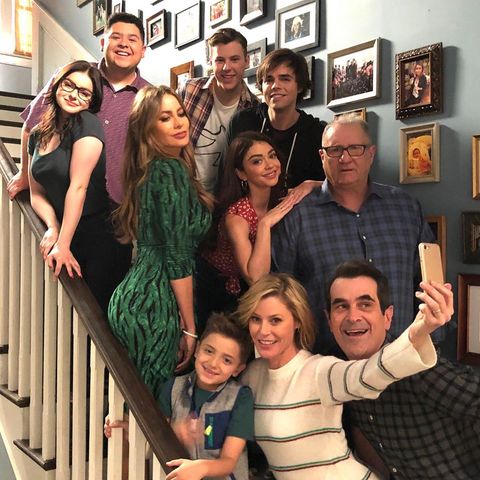 Vergara suffered an unimaginable tragedy in 1998 after the senseless death of her brother, Rafael.

The 28-year-old was murdered on the streets of Bogota, the capital of Colombia, in a kidnapping gone wrong. The family are well-known and successful in their Colombian town and that made them an easy target — she and her siblings attended Marymount International School Barranquilla, a private bilingual Spanish/English school. So Rafael often travelled with bodyguards, except for that one day he died.

READ:  The Weeknd Wasn't Nominated For a Single Grammy, and I Need Answers 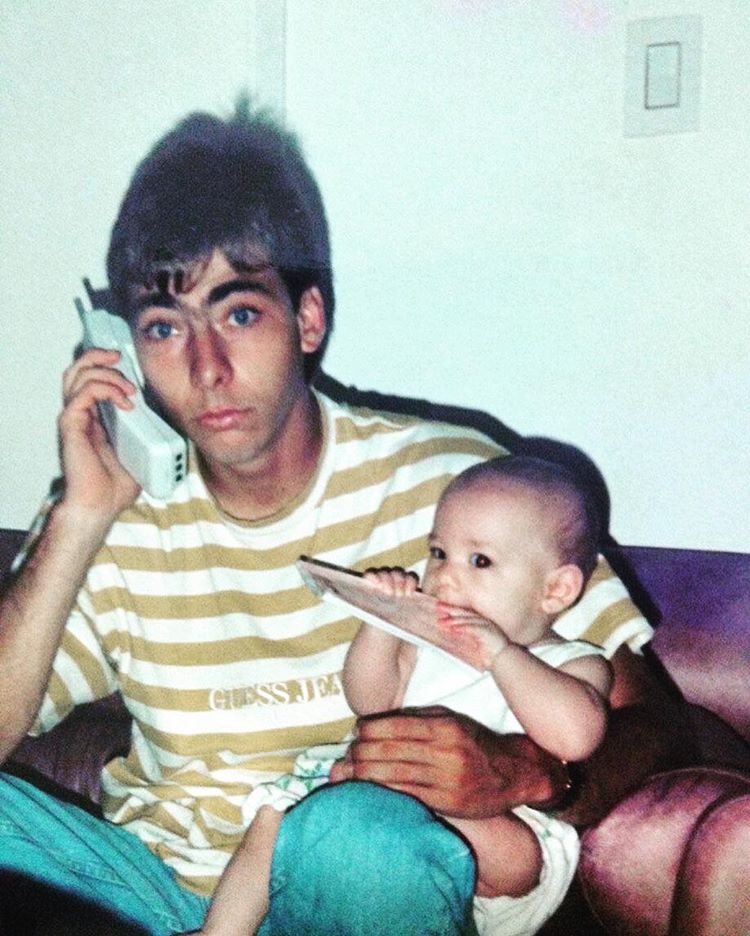 "We come from a successful family, and he knew he was a target for kidnapping," Vergara revealed in a previous interview. "He always had bodyguards. Then one day he went out alone and was shot dead [in a kidnapping attempt]. I was devastated."

In 2013, it was claimed by the National Enquirer that authorities had reopened the investigation into her brother's death,

"This is not news. this is desrespectfull," she tweeted at the time. "We know everyhing we need to know about my brother's death."

Following her older brother's murder, Vergara brought her mother, sister and younger brother, Julio, over from Colombia to live with her in Miami.

But Vergara would soon witness Julio spiral into drug and alcohol addiction that resulted in him reportedly being arrested 30 times over the span of 10 years, for charges which included drinking in public, assault and battery, grand theft, and cocaine and marijuana possession.

According to the Miami News Times, in February 2010 Julio was arrested three times in a single month, all for marijuana-related charges. One year later, an immigration judge ordered his deportation back to Colombia. 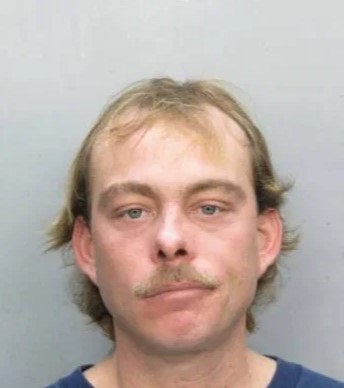 Has Sofia Vergara spoken out about her brother's addiction?

The actress has voiced her concerns for her brother in previous interviews.

In a 2011 interview with Parade magazine, she said, "He started with alcohol there, then pot, on to cocaine, to crack. Now he's like another person. To see somebody dying over 10 years, little by little, that's the worst punishment. With so many bad things happening, it creates a tough skin. Even when horrible things happen to me, I go on."

Vergara again opened up about her troubled brother while on the judging panel for America's Got Talent last year. After being moved by contestant Nolan Neal's performance of 'Lost' — an original song he wrote about his sobriety — an emotional Vergara told him, "It was really touching for me to hear your song. I know very well the sickness of addiction. My family is completely full of this horrific sickness, and I totally understand. And to be here tonight and to hear that song, for me, it gives me a lot of hope." 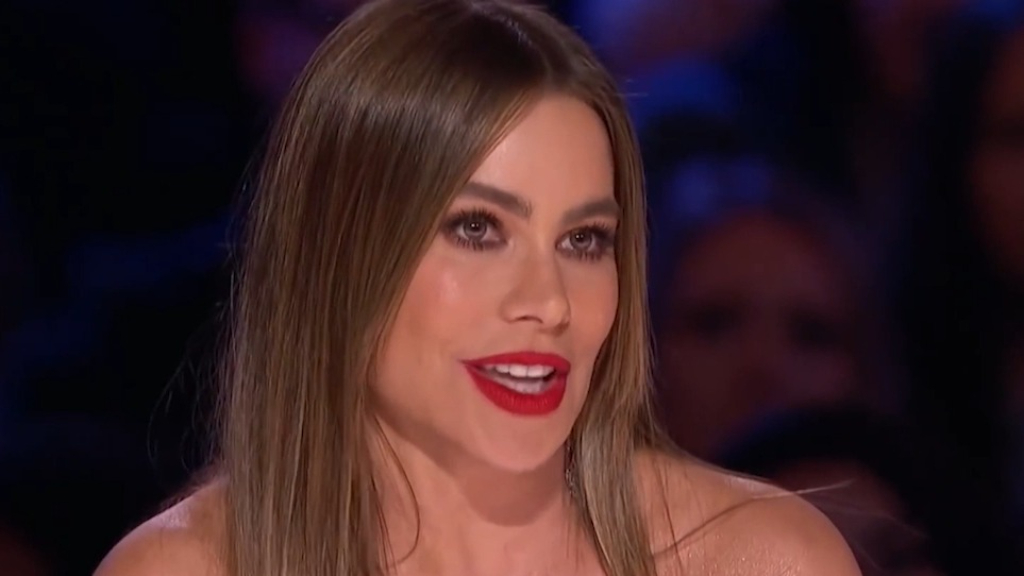 Did Sofia Vergara have cancer?

In 2000, nine years before she was cast in Modern Family, Vergara was diagnosed with thyroid cancer.

She opened up about her ordeal to Parade, revealing she was shocked to learn of her diagnosis at aged 28.

"I've never done drugs or smoked. And I don't eat red meat," she told the magazine. "I felt totally healthy, and suddenly they tell me I have cancer? I was scared. I immediately thought of my child." 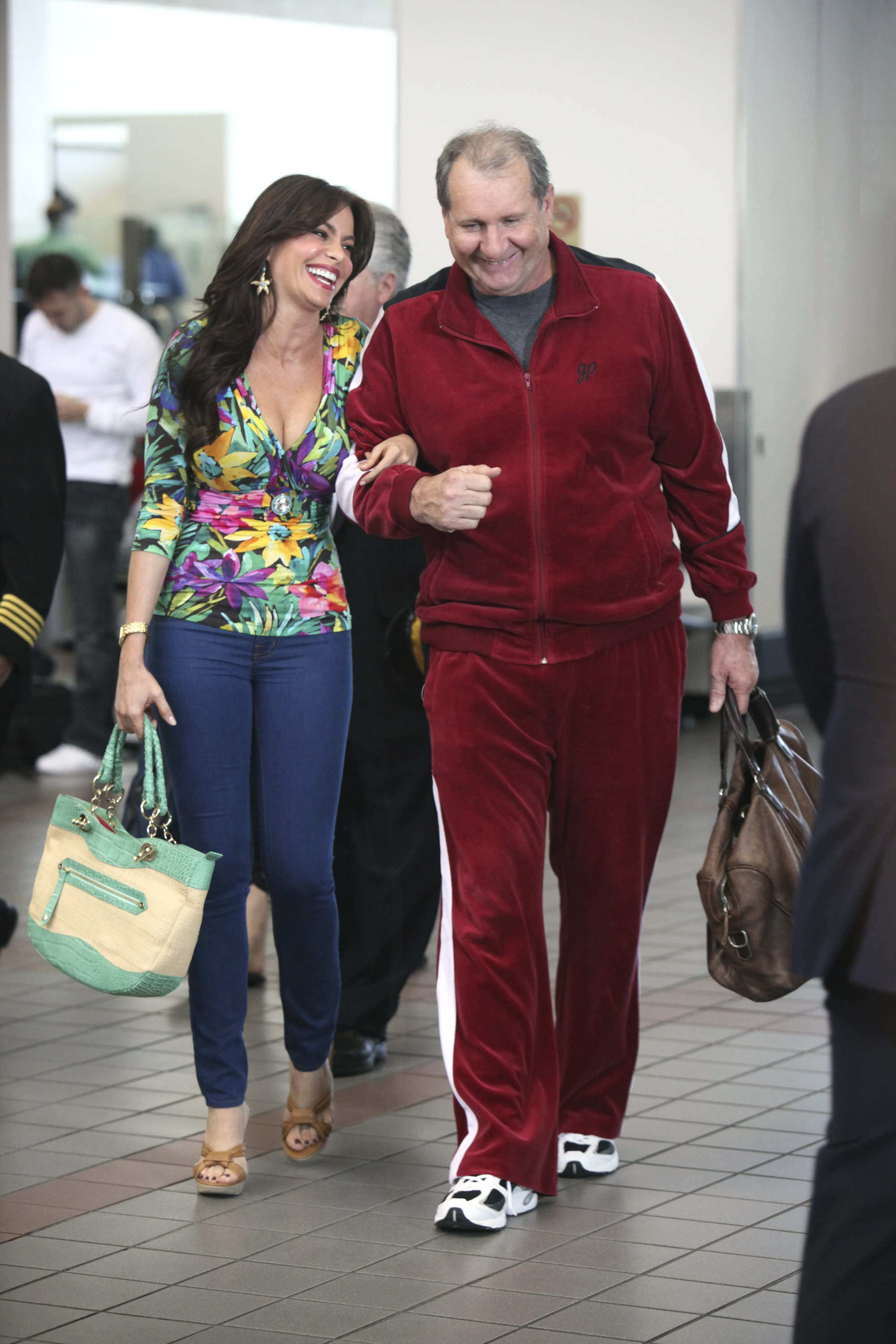 Vergara had immediate surgery to remove her thyroid, before undergoing radiation treatments, all the while keeping her diagnosis a secret. Years later, she explained she didn't go public because cancer is hard enough and she didn't want added publicity.

"I got rid of the cancer and then for me it was, 'Oh shoot, now I have to live with [hypothyroidism] my whole life... I have to be on medication my whole life," she said.

The actress said she now takes a Synthroid pill every morning to control her metabolism and requires a blood test every three months to check her thyroid level.

A private battle was made public in 2017 when Vergara was forced to file legal documents blocking her ex-fiancé Nick Loeb from using their two frozen embryos without her consent.

The couple dated for two years before their split in 2014. Loeb originally filed a request in 2015 to use gain full custody of the viable embryos he and the actress created via IVF when they were still together in 2013.

The businessman wanted custody of the two embryos so he could bring them to term via a surrogate and then raise the babies as a solo parent. 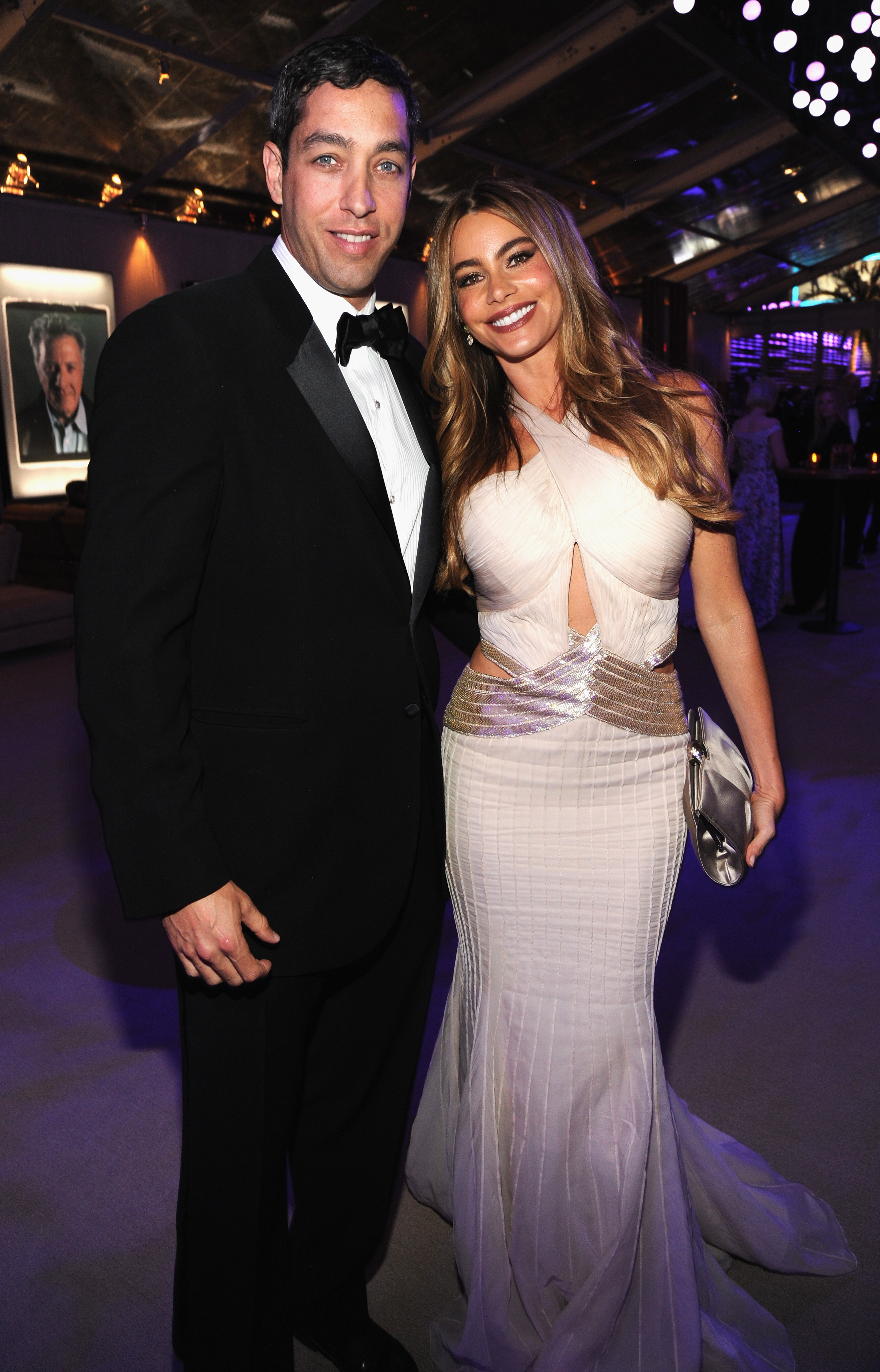 However, through her lawyers, Vergara said she was "content to leave the embryos frozen indefinitely" at a Beverly Hills fertility clinic as she has "no desire to have children with her ex". 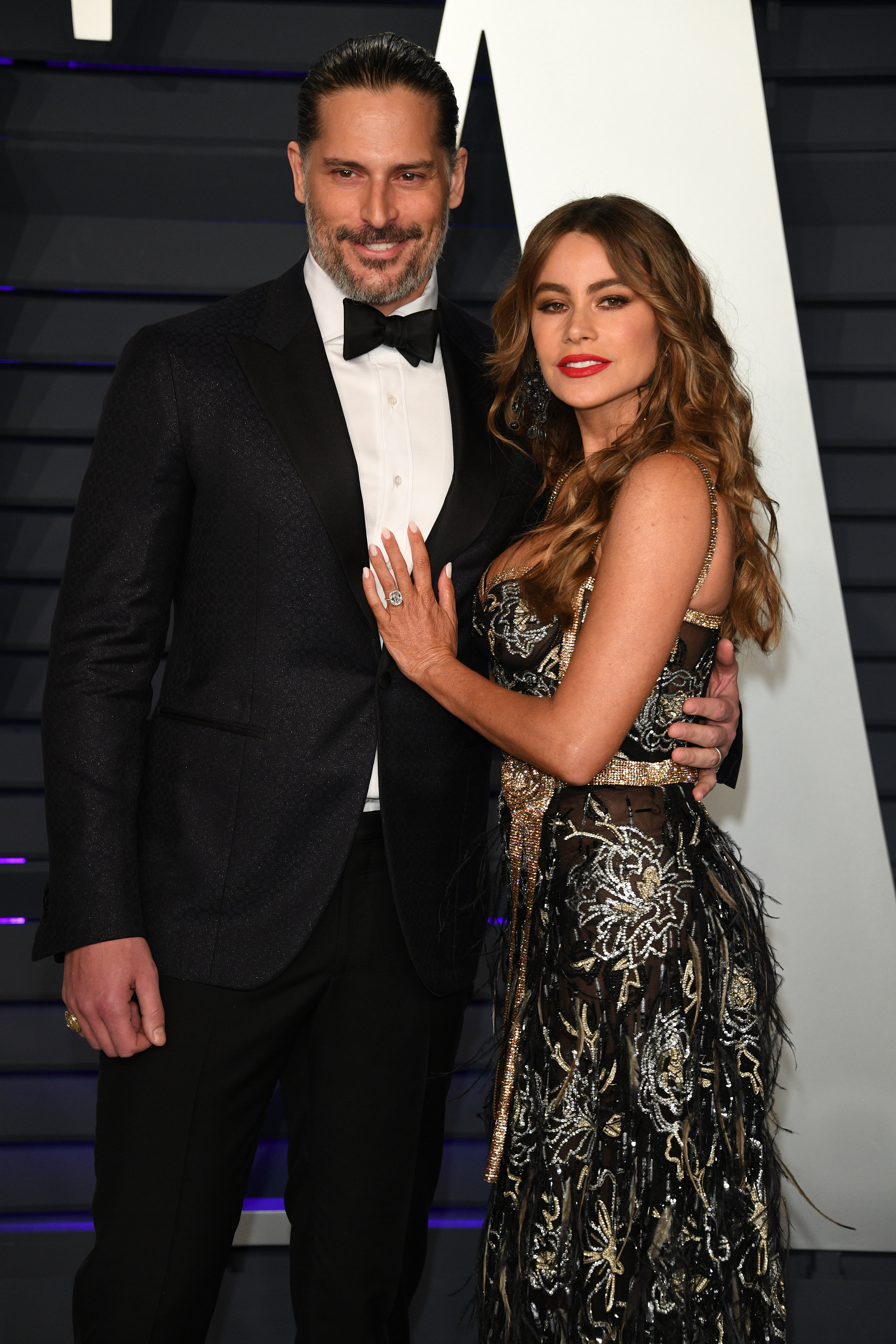 "I've been working very hard for 20 years to get to this point where I am, enjoying my movie. I promote all my movies, all my work, but I don't like promoting my private life and I don't understand why this person … I don't want to allow this person to take more advantage of my career and try to promote himself and get press for this.

"This shouldn't be out there for people to give their opinion. There's nothing to talk about, there's papers signed."

In January 2021, Loeb lost another battle in the ongoing custody case, with a Louisianna judge again dismissing his claim to custody of the embryos.