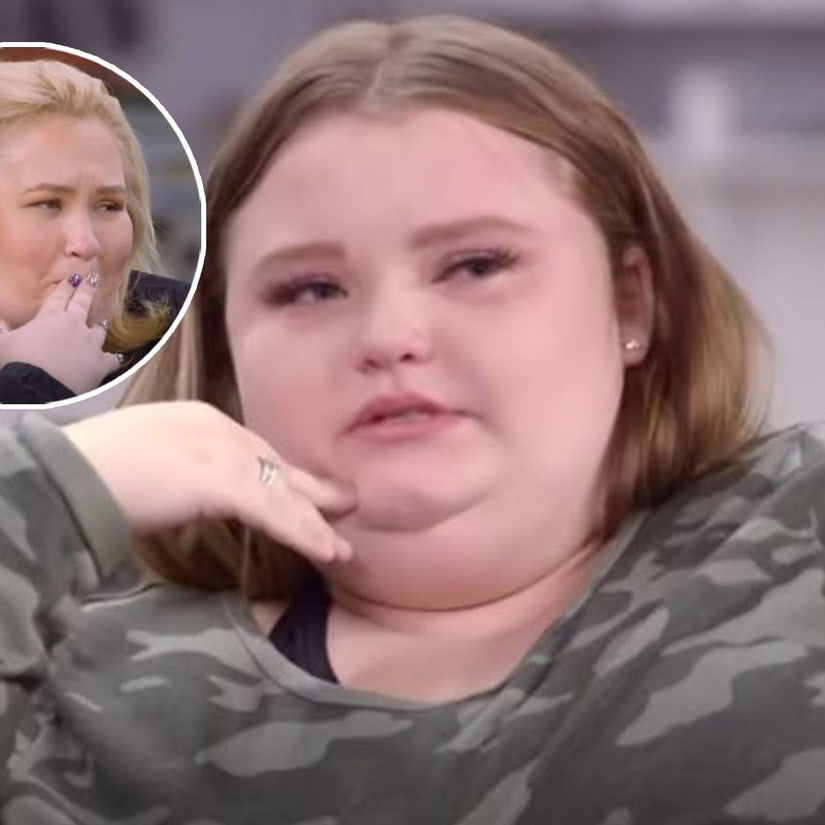 "I can't give Alana her mom," added Pumpkin. "It's like I'm drowning."

In Friday's sneak peak at the upcoming "Mama June: Road to Redemption," the beauty pageant star and her sister, Lauryn "Pumpkin" Shannon, reunited with June for the first time since June completed a stint in rehab.

"You don't know how many nights I cry myself to sleep just hoping and praying that you don't overdose," Alana said crying, as June began to tear up herself.

Lauryn, who became Alana's guardian after June went MIA, added, "I can't give Alana her mom. It's like I'm drowning."

The clip ends as Lauryn's husband Josh suggests taking Alana to see Sugar Bear, while June tells her boyfriend Geno Doak, "This could be a disaster."

Meanwhile, Lauryn recently spoke about the reunion with June to TooFab, explaining how she took care of Alana while June and Geno blew through $1 million in a year on drugs.

"When we meet this time on the show, it had be a year since we had physically seen her," said Lauryn. "So that's hard to hear. I mean it really is, knowing that -- not trying to sound mean and not trying to sound money hungry -- but to know that me and Josh were struggling trying to do everything we could to keep a roof over Alana's and Ella's head. It's just like, but you were out here blowing a million dollars and you couldn't help me?'"

READ:  Brad Pitt & Angelina Jolie ALMOST Spent Christmas Together But 'Egos' Got In The Way -- AGAIN!

She also explained how she isn't sure June really comprehends just how big an effect her drug use had on their family.

"I don't think that she still fully understands the problems she left behind for me, because having to take care of Alana, I feel like she's appreciative of it, but I feel like the way that she says she's appreciative of it ... I want it to be a little more sincere than that," said Pumpkin. "It's very tough because somebody who was supposed to be there and supposed to be supportive, it just doesn't seem that way. I've done all these things and I've matured as a woman and now I gotta take the consequences and I wasn't even the addict."

"It's not like, okay I just take care of Alana. Like, I have to go through my marriage problems, that caused problems there," she added. "It basically caused a whole uproar in everybody's lives, and it's just like, she sees it, but she doesn't see it."

"Mama June: Road to Redemption" airs new episodes every Friday at 9 p.m. ET on WE.