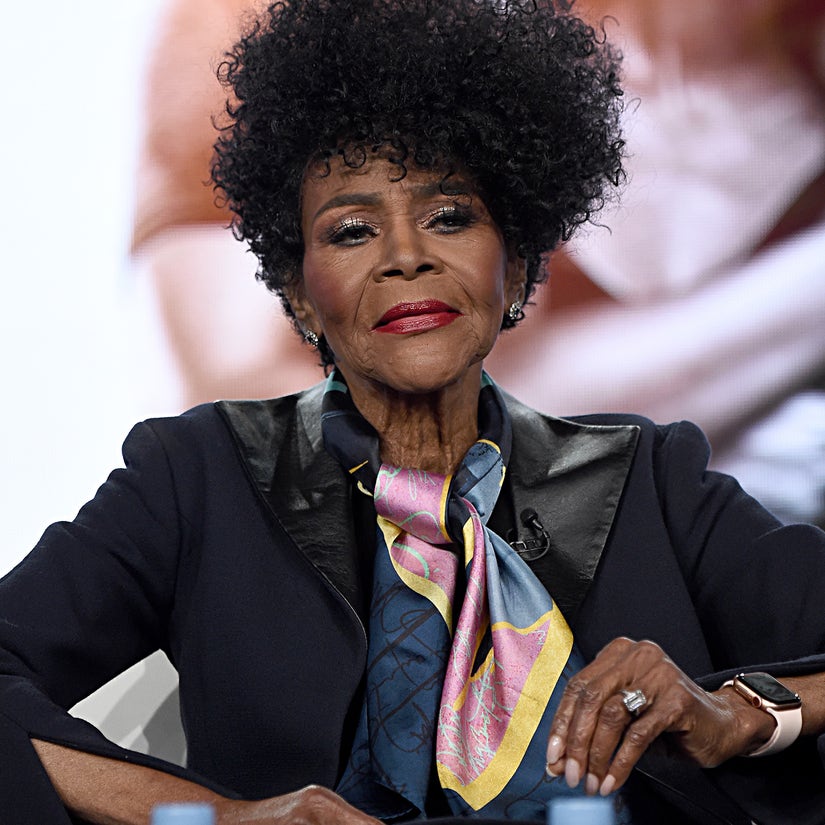 With acclaimed performances from "How to Get Away with Murder" to "Roots," "Miss Jane Pittman" and beyond, co-stars and fans from across generations honor the pioneering icon.

Across eight decades, Cicely Tyson built an incredible resume and a reputation for portraying strong Black women on stage and on-screen. On Thursday afternoon, her manager confirmed that she had passed. She was 96.

"Cicely thought of her new memoir as a Christmas tree decorated with all the ornaments of her personal and professional life," said Larry Thompson, her manager of 40 years, in a statement. "Today she placed the last ornament, a Star, on top of the tree."

That memoir, entitled "Just as I Am," was published Tuesday. With a career spanning a lifetime and with such a monumental impact across generations, tributes quickly began pouring in for the legendary actress.

One of her most recent co-stars, Viola Davis, shared that she was "devastated." Alongside a shot of them together from the set of "How to Get Away with Murder," where Tyson portrayed her feisty mother, Davis continued, "You made me feel loved and seen and valued in a world where there is still a cloak of invisibility for us dark chocolate girls."

"You gave me permission to dream," she continued. "Because it was only in my dreams that I could see the possibilities in myself."

"HTGAWM" creator Shonda Rhimes chimed in as well, sharing a selfie of her with the screen legend. "She was an extraordinary person," wrote Rhimes. "And this is an extraordinary loss .... I am grateful for every moment. Her power and grace will be with us forever."

After making her film debut with a bit role in the classic 1957 film "Twelve Angry Men," Tyson quickly became a staple in film and on the stage. Determined to only play strong Black women, she made a conscious decision to avoid the blaxploitation era of the 1960s in cinema.

She returned, however, with a groundbreaking performance in one of her most acclaimed films, 1972's "Sounder," for which she was nominated for an Oscar. More accolades would follow.

And yet, Tyson found even more acclaim on the small screen with such iconic projects as "King," "Roots," "The Marva Collins Story" and "Miss Jane Pittman," for which she nabbed two Emmy Awards.

She would score again in the 1990s for her work in "Oldest Living Confederate Widow Tells All" and pick up additional nominations and awards for several projects over the years, including five Emmy nominations for her work on "HTGAWM," with four coming in a row from 2017-2020.

Never once slowing down throughout her career -- unless by choice -- Tyson was a series regular on OWN's "Cherish the Day," which had been picked up for a second season, while her final film project, Tyler Perry's "A Fall from Grace," was just released to Netflix on January 17.

What appears to be Tyson's final interview will air as scheduled on Friday morning as part of "Live with Kelly and Ripa." it is their hope that the interview, which was pre-taped on Wednesday, "serves as a fitting tribute to this legendary actress."

You can see more heartfelt tributes from across Hollywood below. From those who knew her to those who were inspired by her, it's clear that her life and legacy have left a huge impact on the industry.

READ:  Indya Moore Is Bringing the Magic of Santa to Transgender Kids Through New Campaign

We have lost a visionary, a leader, a lover, an author, an ICON, and one of the most talented actresses the world has ever seen. A life, a career, a fire to celebrated forevermore! #RIPCicelyTyson 🙏🏾🙏🏾🙏🏾🖤🖤🖤 pic.twitter.com/Oh57mlbGoZ

There’s probably no better a way to honor Cicely Tyson, than by learning her story.

Just as I Am: A Memoir https://t.co/r6jBLqzjei #Amazon

Incredibly sad to learn of the passing of Cicely Tyson. She was a true icon in many ways. Whenever you were graced to be in her presence it was an unforgettable blessing. My heart goes out to her family and loved ones. 🙏🏾❤️ pic.twitter.com/9ef3pc6hO7

This one cuts deep. @IAmCicelyTyson was my first screen Mom.. Elegance, warmth, beauty, wisdom, style and abundant grace. She was as regal as they come. An artist of the highest order, I will love her forever... ♥️ RIP pic.twitter.com/69Awj7qI8o

Greatness incarnate. I’m so grateful I got to see her perform live... Thank you dear Cicely for shining so bright and full every day for us all. #LegendsNeverDie https://t.co/ZdQoTGo7vL

I admired her, I looked up to her, and I marveled at her. I’m so glad she lived to see her memoir published just two days ago. Life is so frickin' fragile. #ripcicelytyson

America has had a lot of great actresses, but none greater than Cicely Tyson. Rest in Power ❤️ pic.twitter.com/Fm73m2LVSm

a woman of immense dignity, grace, incredible talent. a life packed with layers of greatness. i named my daughter after her @IAmCicelyTyson https://t.co/ODIckQHYtk