Stanford will forever be in our hearts.

If you still miss Stanford Blatch in SATC, you may want to know what Willie Garson’s net worth was and how much he made on Sex and the City before his death.

Garson—whose full name is William Garson Paszamant—was born on February 20, 1964 in Highland Park, New Jersey. He received a Bachelor of Fine Arts degree in Theater from Wesleyan University and a Master of Fine Arts degree from the Yale Drama School. Throughout his career, Garson has starred in dozens of TV shows, including NYPD Blue, White Collar, Twin Peaks, Monk and Boy Meets World. But he’s perhaps best known for his role as Stanford Blatch, Carrie Bradshaw’s best friend, in HBO’s Sex and the City. In an interview with The New York Post in 2020, Garson, who was openly gay, revealed why he used to not talk about his sexuality. “For years I didn’t talk about it because I found it to be offensive to gay people,” he said. “People playing gay characters jumping up and down screaming that they’re not gay, like that would somehow be a bad thing if they were.” He continued, “I’ve never been straight closeted, is that a thing?”

Garson also recalled interviews where he was asked about his sexuality while playing Stanford, who is also gay. “When the question would come up during the show I would say, ‘When I was on White Collar no one ever asked me if I was a conman, and when I was on NYPD Blue, nobody ever asked me if I was a murderer. This is what we do for a living, portray people,’” he said. He also joked in the interview that playing Stanford made his romantic life more difficult. “At the beginning, you would approach someone at a bar and realize, ‘Oh, they want to be Stanford’s best friend.’ They don’t necessarily want to sleep with you,” he said.

So what was Willie Garson’s net worth and how much did he make for Sex and the City and its reboot, And Just Like That, before his death? Read on for what we know.

What did Willie Garson make for Sex and the City and And Just Like That? 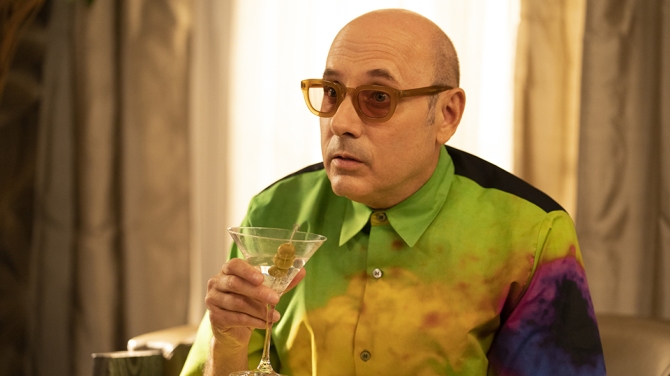 What did Willie Garson make for Sex and the City and And Just Like That? Garson starred as Stanford Blatch, Carrie Bradshaw’s best friends, in 27 episodes of HBO’s Sex and the City. The show, which ran for six seasons from 1998 to 2004, was based on Candace Bushnell’s 1997 book of the same title, followed four women in their 30s and 40s—Carrie Bradshaw (Sarah Jessica Parker), Samantha Jones (Kim Cattrall), Miranda Hobbes (Cynthia Nixon) and Charlotte York (Kristin Davis)—and their sex lives in New York City. The show went on to win four Emmy Awards (including Outstanding Comedy Series in 2001) and release two movies, Sex and the City: The Movie in 2008 and Sex and the City 2 in 2010.

Garson starred as Stanford for all six seasons of Sex and the City and both movies. In January 2021, HBO announced that a Sex and the City reboot,  titled And Just Like That, was in the works for HBO Max. The reboot sees the return of each of the main cast members—except Cattrall, who has retired as the role of Samantha. Among the cast members who returned was Garson, who filmed three episodes of And Just Like That before his death.

What was Willie Garson’s net worth?

What was Willie Garson’s net worth? Garson was worth $5 million at the time of his death, according to Celebrity Net Worth. Along with what he made for Sex and the City and And Just Like That, Garson’s net worth also included the money he made for TV shows like White Collar, Hawaii Five-0, Stargate SG-1, The X-Files and Girl Meets World, as well as movies like Little Manhattan, Freaky Friday, Fever Pitch, Just like Heaven, and both Sex and the City films.

Garson’s obituary in The New York Times described him as a “working actor” who had a “long and productive career.” The obituary reads, “A working actor has been defined as ‘an actor who while never achieving stardom, has a long and productive career and earns a better than decent living and has the admiration of his peers,’ ” the obituary read. “Nothing could better describe Garson. For the last four decades, he appeared in over 300 television shows and over 70 films.”

The obituary also recognized Garson’s role as Stanford in Sex and the City. “He was perhaps best known for his role in the iconic HBO television series, Sex and The City,” the obituary reads. “As Stanford Blatch, Carrie Bradshaw’s best male friend, Garson was never at a loss for a caustic quip. As his role evolved over the course of six seasons, Stanford was not only hilarious, but also vulnerable at times, as he struggled in his own efforts to navigate sex and the city.”

How did Willie Garson die? 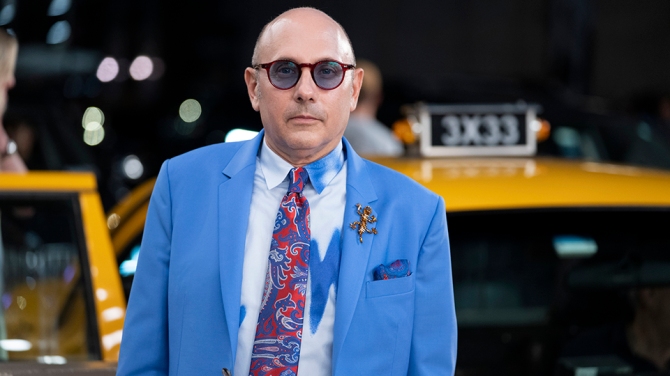 How did Willie Garson die? Garson, whose full name was William Garson Paszamant, died of complications related to pancreatic cancer at his home in Los Angeles on September 21, 2021. He was 57 years old. Garson’s death was announced by his son, Nathen Garson, whom he adopted from the foster care system when he was 7 years old in 2009. “I love you so much papa. Rest In Peace and I’m so glad you got to share all your adventures with me and were able to accomplish so much,” Nathen captioned a series of photos and videos of his father. “I’m so proud of you. I will always love you, but I think it’s time for you to go on an adventure of your own. You’ll always be with me. Love you more than you will ever know and I’m glad you can be at peace now. You always were the toughest and funniest and smartest person I’ve known. I’m glad you shared you’re love with me. I’ll never forget it or lose it ❤️😘.”

In his obituary in the New York Times, Garson’s family also requested for fans to make a donation in his name to the Alliance for Children’s Rights, a Los Angeles-based organization that facilitates adoptions. “In lieu of flowers, the family requests that any donations to be made in his name go to the Alliance for Children’s Rights,” the obituary reads. In an interview with People in 2014, Garson talked about how his life changed after he adopted his son Nathen. “Nathen has made me want to branch out and do more,” he said. “When I first became a dad to Nathen, everything had such newness to it. But we both wanted this adoption, and we worked things out together because we are partners in this,” he said. “I don’t know what I would have done with a newborn… But I do wish I’d met him sooner, because I enjoy him so much. His sense of humor is a carbon copy of mine. I have to be careful about some things I say, because I will hear it right back at me an hour later. He’s like a sponge.”

Garson’s obituary also confirmed that his cause of death was pancreatic cancer. The most common form of pancreatic cancer is pancreatic adenocarcinoma. The disease, which accounts for 90 percent of cases of pancreatic cancer, happens when adenocarcinomas, cancerous tumors, form in the issues of the pancreas, an organ that lies in the abdomen on the lower part of the stomach that releases enzymes that aid in digestion and produces hormones that help with blood sugar, according to the Mayo Clinic. The organization also reports that pancreatic cancer is rarely detected at its early stages when it’s most curable because it doesn’t cause symptoms until the cancer spreads to other organs. Treatments often include surgery, chemotherapy or radiation therapy.

READ:  The Devil Wears Prada Cast Finally Debate Who 'The Real Villain' Was!

When pancreatic cancer is more advanced, symptoms or signs often include abdominal pain that radiates from your lower back, loss of appetite or unintended weight loss, yellowing o the skin and the whites of the eyes (also known as jaundice), light-colored stools, dark-colored urine, itchy skin, blood clots, fatigue, and new or existing diabetes that’s more difficult to control, according to the Mayo Clinic. The organization also notes that it’s unclear what causes pancreatic cancer, though some doctors have identified smoking or certain inherited gene mutations as risk factors. Other risks, according to the Mayo Clinic, include diabetes, chronic inflammation of the pancreas, a family history of genetic syndromes that increase cancer risk (such as the BRCA2 gene mutation), obesity and older age. According to the organization, most people diagnosed with pancreatic cancer are older than 65. The Mayo Clinic also reports that a combination of smoking, diabetes and a poor diet increases the risk of pancreatic cancer more than any of these factors on their own.

And Just Like That is available to stream on HBO Max. Here’s how to watch it for free.

Sex and the City: Kiss and Tell by Amy Sohn

For more about And Just Like That and Sex and the City, read HBO’s official companion book, Sex and the City: Kiss and Tell. The book, written by dating columnist and screenwriter Amy Sohn, is filled with behind-the-scenes secrets from Sex and the City‘s six seasons and details on the real-life stories that inspired the show’s shocking episodes. The book also includes 750 full-color photographs from filming the series, as well as an introduction written by none other than Sarah Jessica Parker. With fun facts on how many dates Carrie, Samantha, Charlotte and Miranda really went on to never-been-told secrets about Carrie’s most outrageous (and fabulous) outfits, Sex and the City: Kiss and Tell is a must-read for any SATC superfan.