Image Source: YouTube user Apple TV
Apple TV+ doesn’t lack in the quality documentaries department. Outside of its award-winning original content like “CODA” and “Ted Lasso,” the streamer is behind some incredible documentary films and series, with th… 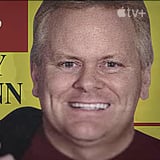 Apple TV+ doesn't lack in the quality documentaries department. Outside of its award-winning original content like "CODA" and "Ted Lasso," the streamer is behind some incredible documentary films and series, with the upcoming "The Big Conn" among them. The docuseries centers on disgraced lawyer Eric Conn, who managed to pull off one of the biggest fraud schemes in United States history by "conning" the Social Security Administration, leaving hundreds of victims in his path. Conn didn't get away with his money-making crimes for long, however. With the first three episodes of the series hitting Apple TV+ on May 5, here's everything we know about the whereabouts of Conn now.

Who Is Eric Conn?

Conn launched his law office in Stanville, KY, in 1993, according to CNBC's "American Greed." The small community is historically known to be the heart of the coal industry in that region. Coal mining is no easy job. According to the CDC, many workers often experience extensive injuries from working, from hearing loss and herniated discs to lung diseases like pneumoconiosis.

In an area whose main industry is coal mining, many people in the eastern Kentucky region suffer from debilitating, work-related injuries, resulting in loss of work and living below their means. When he launched his law office in the early 1990s, Conn sold residents of Stanville and its surrounding area on the promise that he would take care of them by aiding them in getting SSI (supplemental security income) so they could live comfortably while being disabled.

What Crimes Did Eric Conn Commit?

With flashy billboards, frequent commercials, and word-of-mouth raves, Conn quickly became a small-town celebrity. Dubbed "Mr. Social Security," the lawyer had an incredible success rate with clients, getting nearly every person their desired disability benefits. By 2010, Conn's successes surpassed those of many lawyers in the country, and he became the third-highest-paid disability lawyer in the United States, according to Oxygen. His monetary success, which totaled in the millions, only fueled his ever-growing ego and larger-than-life attitude. While in practice, he built a replica of the Lincoln Memorial in front of his office, hired beautiful young women to advertise his business on slim-fitting tank tops, and frequently flashed his success with expensive watches and luxury cars. Conn's riches would soon come to an end, however.

How Did Eric Conn Get Caught?

In 2011, two office workers blew the whistle on his fraudulent scam and went to The Wall Street Journal to tell their story. According to the accounts of Jennifer Griffith and Sarah Carver, Conn worked with Judge David B. Daugherty to get his many cases approved. At the peak of their partnership, Daugherty was alleged to "hold hearings for as many as 20 of this lawyer's clients spaced 15 minutes apart." At the time, he attributed the short, back-to-back hearings to his dyslexia and stated that he preferred to get cases done in a timely manner. The real reason, which was later revealed by prosecutors in Conn's criminal trial, was the combined $609,000 that Daugherty received from Conn between 2004 and 2011, according to Reuters.

Daugherty wasn't the only person Conn utilized to accomplish his scheme. The lawyer also used doctors and psychologists to fake medical records (though his clients had legitimate proof of injury/illness) to build a better case for his many clients.

The Wall Street Journal article helped to launch an investigation into Conn's practice, as well as the many people he was connected to. Following a lengthy investigation by the Department of Justice, Conn was charged in April 2016 in an 18-count indictment, which included conspiracy to commit mail and wire fraud, among other charges. He pleaded guilty to theft of government money and paying illegal gratuities in March 2017, entering a plea deal to testify against his partners in crime.

Two months later, he escaped house arrest and fled the country. In his absence, Conn was sentenced to his previous charges in June 2017 and ordered to pay over $100 million in restitution to Social Security and Medicare and another $5.7 million to the Department of Justice, according to The Herald-Dispatch.

Where Is Eric Conn Now?

Conn was a fugitive for nearly seven months before he was arrested in Honduras in December 2017. Among his previous 12-year sentence, Conn was sentenced to an additional 15 years in prison for conspiracy to defraud the United States, conspiracy to escape, and conspiracy to retaliate against an informant. A judge ruled that the sentences should be served consecutively, which totals 27 years of jail time for the disgraced lawyer. Conn is serving his sentence in a West Virginia prison.

Catch "The Big Conn" on May 5 on Apple TV+, and watch the trailer below.