“It’s incredible to watch the expression on their faces.”
Enrique Iglesias and Anna Kournikova’s children may be young, but they have watched the sexy video on which their parents first met over two decades ago.
While app… 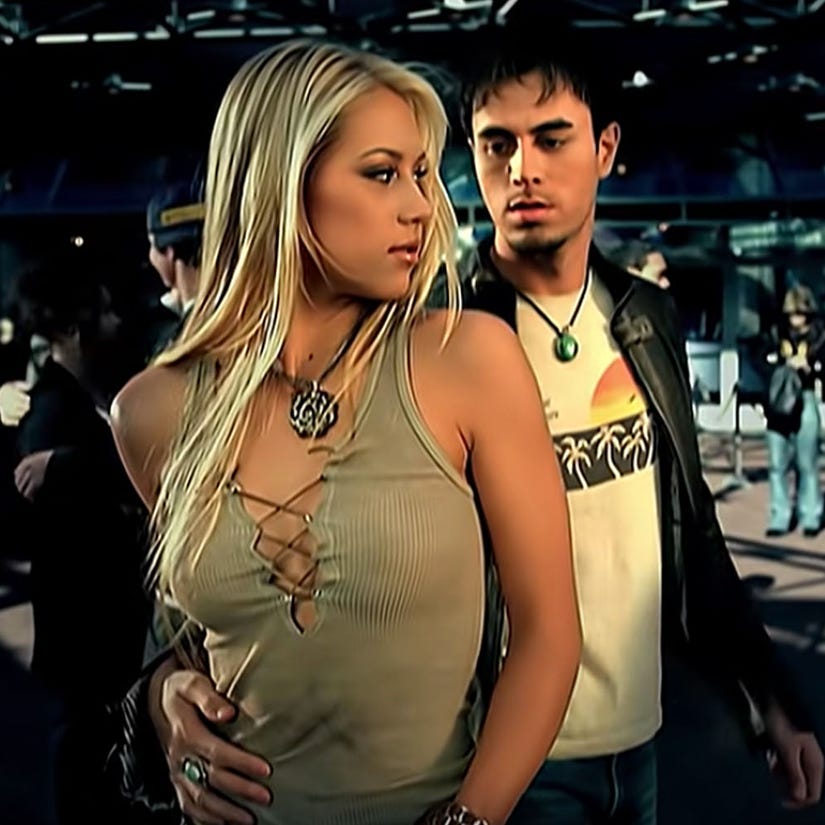 "It's incredible to watch the expression on their faces."

Enrique Iglesias and Anna Kournikova's children may be young, but they have watched the sexy video on which their parents first met over two decades ago.

While appearing on an episode of Sirius XM's "The Jess Cagle Show," Iglesias, 46, shared that the couple's kids have seen the steamy music video for his 2001 song "Escape" and revealed how they react when they watch it.

For those who need a refresher, the video featured Iglesias and Kournikova getting busy in a public restroom as well as a car in a parking garage. We also included it for you at the bottom of this post!

"Whenever they hear one of my songs, they can actually recognize my voice, which is pretty cool," he continued.

"But when they watch that video, I think it does throw them off a little bit," Iglesias added. "'What is mom doing there, you know, with dad, you know? When was this?' It's actually, it's incredible to watch the expression on their faces. It's pretty cool."

Speaking with The Sun back in 2018, Iglesias praised Kournikova, whom he described as a "great mother."

"It's incredible to watch a mom do what she does when a mother's instinct kicks in," he said.

READ:  Off the Market! Bachelorette’s John Graham Is Engaged to GF Brittni Nowell

Also during the interview, the "Hero" singer admitted that the thought of taking a step back from his music career had "cross[ed] [his] mind."

"There are days when I'd be lying if I said that stopping didn't cross my mind ... that probably could come a reality in the near future," Iglesias said at the time. "Maybe I don't see myself [doing] anything other than a few albums and that's it. Then, never doing anything again other than being a dad."

The "Bailando" singer dropped "Final Vol. 1" earlier this month, with the second volume coming out at an unknown time in the future. While he recently revealed the eleventh album will be his last -- hence the title -- Iglesias stressed he's "not retiring" from music.