True-crime fans are probably going to want to know how to watch The Staircase, HBO Max’s riveting new miniseries which depicts the shocking story of Michael and Kathleen Peterson. Luckily, we have tips for how to stream the new show below—including ways to watch The Staircase online for free.

The Staircase, which is based on the 2004 docuseries of the same name by Jean-Xavier de Lestrade, is an HBO Max miniseries created and written by Antonio Campos and Maggie Cohn. The series stars Colin Firth as Michael Peterson, a novelist who is accused of murdering his wife Kathleen Peterson, who is played by Toni Collette, after she is found dead at the bottom of the staircase in their North Carolina family home. HBO’s reimagination of the Peterson saga is set across 16 years, spanning from the initial allegations and trial, to the final verdict in this suspicious case.

For everything there is to know about The Staircase—from the real-life case, to tips on how to watch The Staircase online for free now that it’s on HBO Max—just keep on reading below!

Is The Staircase based on a true story?

Before streaming the HBO Max series, audiences may be wondering if The Staircase is based on a true story—and the answer is yes. The miniseries follows the events of the Peterson murder trial, in which writer Michael Peterson was accused of murdering his second wife, Kathleen Peterson after his wife was found dead at the bottom of their staircase. While Michael insisted that his wife fell down the stairs, investigators would eventually find that her injuries were consistent with that of someone who had been beaten to death, sparking speculation over Peterson’s involvement in her death.

When does The Staircase come out?

The first three episodes of The Staircase premiered on May 5, 2022, on HBO Max, with new episodes landing on the streamer on Thursday nights.

How to watch The Staircase online 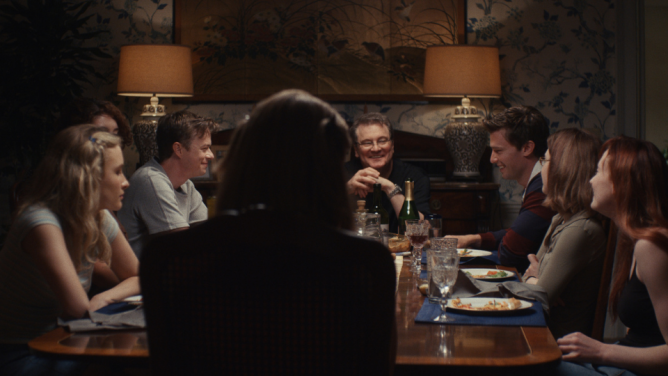 How to watch The Staircase online for free 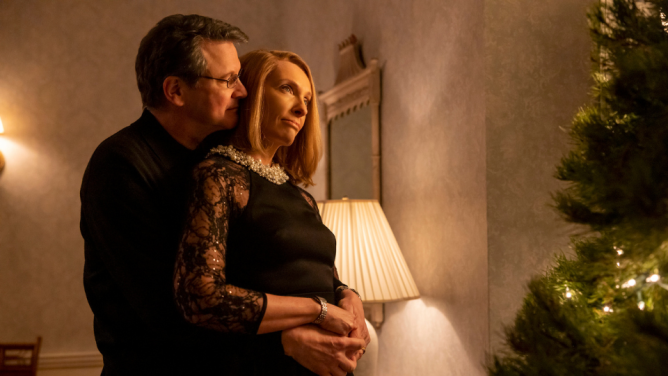 So how can one watch The Staircase online for free? Keep on reading ahead for our tips and tricks to stream The Staircase at no cost to see HBO Max’s series featuring Colin Firth and Toni Collette, among others.

Watch 'The Staircase' on Hulu With HBO… $0+
Buy Now

While HBO Max doesn’t have a free trial, customers can still try out the service for free via Hulu’s HBO Max free trial. The service allows users to try both Hulu and HBO Max for free for seven days, which is enough time to test out the site before subscribing. Just be sure to set a reminder to cancel your subscription before you’re charged. After the trial ends, the service will cost $14.99 to add HBO Max to one’s Hulu account.

When are new The Staircase episodes released?

How many episodes is The Staircase?

There are eight episodes of The Staircase.

Who’s in The Staircase cast?

The Staircase cast features Colin Firth and Toni Collette as Michael and Kathleen Peterson, respectively. The HBO series also stars Game of Thrones’ Sophie Turner, along with actor and model Patrick Schwarzenegger, among others. Check out the full cast of The Staircase below.

The Staircase is available to stream on HBO Max. Here’s how else to watch it for free.

Watch 'The Staircase' $0+
READ:  Polo G's Mother Got Into A Shootout At Her Atlanta Home - On IG LIVE! (Video)
Buy Now