To these guys, she was “all that.”

As the third most followed creator on TikTok, there’s a lot of interest in Addison Rae’s boyfriend and who she’s dating. Addison, who has more than 5 billion likes and 80 million followers on TikTok, was named the platform’s highest earning content creator by Forbes in 2020.

With that fame has come a lot of attention on Addison‘s personal life, including who her boyfriend is. In an episode of her podcast, “Mama Knows Best,” in 2020, Addison opened up about how dating has changed for her since she’s become famous. “It definitely has changed, there are some people who just want to use me or get something from me,” she said the time. “They’re looking to gain something from talking to me, being with me, hanging out with me. It’s something I’m now well aware of. I take that into consideration and I’m like, does this person actually care about me or actually like me for who I am? Or are they just seeing a number and they’re attracted to that? And it’s a very fine line.”

The fame has also led to criticism from those who don’t think she deserves. “I’ve dealt a lot with online hate and social media drama, with people that are very opinionated and don’t want people to be happy,” Addison told Glamour UK in February 2021. “People see people’s successes sometimes and wish it was them, which is totally understandable. I’ve even been there in my life too, where I’m like, ‘I wish I had this or I wish I had what she had.’ That brings you envy sometimes and I would bring that anger out onto them, which has never been a fulfilling thing. I’ve realized you have to be happy for people.”

She continued, “When I look at negative comments I can’t let it get to me that much and I think, ‘That doesn’t define me, and they don’t really truly know me in my heart.’ There’s going to be people that don’t like you and that want to tear you down, but you have to love yourself for who you are.”

READ:  Nicola Peltz thanks her father and fans amid Victoria Beckham feud: 'Thanks for always having my back'

Addison and Omer Fedi started dating in August 2021. Omer is a songwriter and producer who has worked on songs like Lil Nas X’s “Montero (Call Me By Your Name)” and the Kid Laroi and Justin Bieber’s “Stay.” He and Addison sparked dating rumors in August 2021 after they were photographed holding hands in Los Angeles. Addison also posted a video on her Instagram Story of her kissing Omer. “Addison and Omar are super into each other,” a source told Us Weekly at the time. “She’s very into him. She thinks he’s so cool and loves his music.” The insider noted that Omer and Addison have “a lot of mutual friends in common” and that their relationship is “getting serious.” 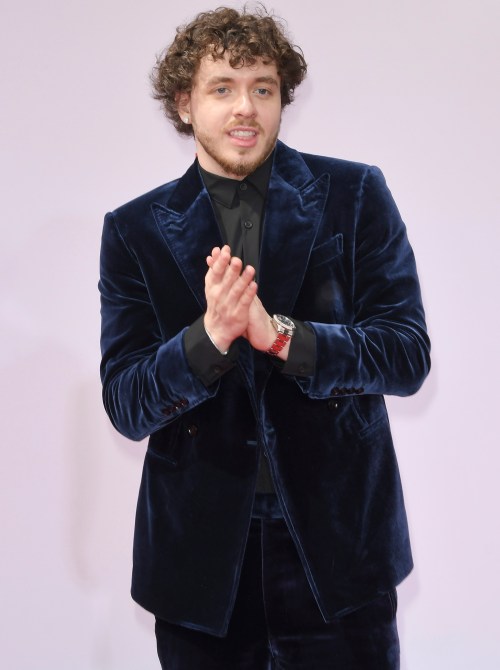 Addison and singer Jack Harlow sparked dating rumors are the two were photographed together at a Triller Fight Club boxing match in April 2021. A source told the Instagram account @TikTokRoom at the time that Addison’s hand was seen in a photo that Jack posted at the time. The insider also claimed that Addison and Jack were at the match the “whole time” together. After @TikTokRoom’s post went viral, Addison’s ex-boyfriend, Bryce Hall, posted a series of cryptic tweets that seemed directed at her. “I’m about to explode man,” he tweeted at the time. “Fucking me, telling me u love me then sneaking around w/ someone else… that fuckin hurts.” He continued in another tweet, “I feel like such an idiot.” Addison, for her part, denied the rumors in a tweet at the time. “I’m single,” she wrote. 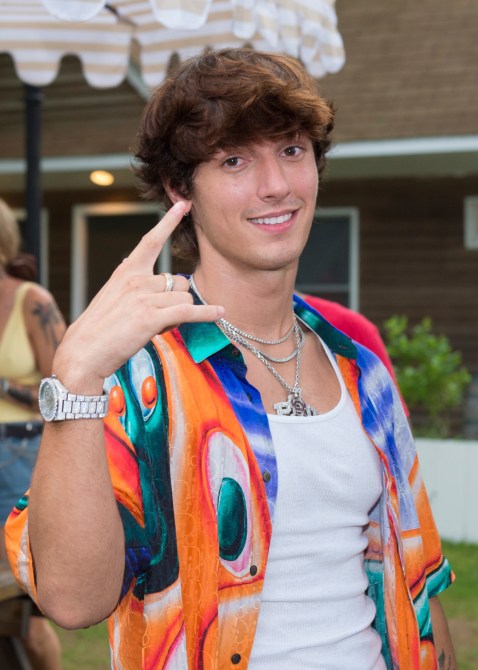 Addison and TikTok star Bryce Hall, who has more than 20 million followers and 1.4 billion likes on TikTok, started dating in the fall of 2019 and confirmed their relationship on New Year’s 2020 with a kissing photo on his Instagram. In an interview with Entertainment Tonight in February 2020, Addison revealed that she and Bryce had ended their relationship and decided to stay just friends.

Though they never confirmed their relationship, Addison and Bryce were photographed on several dates throughout 2020, which led fans to believe that they were, in fact, dating. In September 2020, Addison confirmed that she and Bryce dated on and off but had split. “There were a lot of times when we were on, we were off, and it was kind of just a confusing situation,” she told Entertainment Tonight in September 2019. “Right now, we’re just kind of both deciding that there are a lot of things going on in both of our lives that we really need to focus on. At the end of the day, we’re both still wishing the best for each other and still friends.”

In November 2020, Addison confirmed that she and Bryce were back together in a video on her YouTube channel titled “THE TRUTH ABOUT US,” which featured a thumbnail of them kissing. Bryce, who previously confirmed that he was the one who broke up with Addison, said in the video that he asked her back on October 13, 2020. In February 2021, Bryce was accused of cheating on Addison while in Las Vegas. Bryce denied the rumors on Twitter at the time. “I didn’t cheat on addison,” he tweeted. Addison seemingly reacted to the rumors in March 2021. “disappointed but not surprised,” she wrote in a since-deleted tweet. She later wrote on her Instagram Story, “I love y’all and am always so grateful for the kind words and support you show me. Sharing my life with y’all makes me happy, but some things I choose to handle offline. When and if I want to share, I will make that decision. Thank you again for all the love and support. Hate is never the answer.”

READ:  Chrishell Stause Hits Back At Claims She's a 'Mean Girl' Who Does 'Everything for Press'

A source confirmed to E! News at the time that Addison and Bryce had split because they were “very busy concentrating on their careers” and not because Bryce cheated. Around that time, Addison also confirmed that she and Bryce were no together in an interview with Apple Music’s Zane Lowe, where she revealed her song, “Obsessed,” was written about him.