From his first introduction, the character of Fezco on Euphoria has been one of the most intriguing, which is why it’s no surprise the second season is exploring more about his history – including his relationship with his grandmother. If you’ve been … 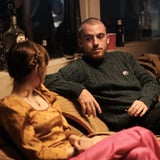 From his first introduction, the character of Fezco on Euphoria has been one of the most intriguing, which is why it's no surprise the second season is exploring more about his history - including his relationship with his grandmother. If you've been wondering since the first season about what happened to Fezco's grandma, good news: the show is finally giving a few answers.

What Happened to Fezco's Grandma in Euphoria Season 1?

Fez's grandmother is a bit of a mystery in the first season of Euphoria. We first "meet" her when Rue does, spotting her lying, apparently comatose or otherwise incapacitated, in a bed at Fezco's home. Fezco eventually tells Rue that his grandmother can't see or hear her. In bits and pieces, it's made clear that Fezco takes care of her, but the circumstances of how she became ill and how Fezco became her caretaker are left mysteries for the entirety of the season.

The second season premiere gives us more information about Fez's family history. In flashbacks, we learn that Fez's grandmother Marie is the person who both rescued him and sent him down a dark path. When he was a child, she rescued him from his abusive father and took him in (along with an abandoned baby - Ashtray!). She's also the source of his drug dealing: from a young age, she brought him into her "business" as a "partner." Yet despite their alternative lifestyle, her love for him is evident.

These flashbacks also offer the closest thing we've gotten yet to an answer about what happened to Marie that led to her seemingly comatose state in present day. In a flashback, Marie collapses at home and in front of Fezco, who is still just a teenager. Instead of calling 911 to their house and risking evidence of the "family business" being discovered, Fezco decides to drive her to the hospital himself.

It's never made clear the exact nature of Marie's medical condition (it could be drug related, but it could also be another medical event, like a heart attack or stroke). Whatever the case, Fezco's decision to drive her himself lengthens the amount of time it takes to get her medical care and negatively impacts her recovery. Had he called an ambulance, we learn, she would have had a better chance of recovering. It's one more devastating twist that explains some of the backstory behind one of Euphoria's most complicated characters.