After watching Selena: The Series, you might be wondering where Selena Quintanilla’s husband Chris Pérez is now. The Netflix biographical drama follows the life of the Tejano superstar, who died tragically at the age of 23.

While Season 1 of Selena: The Series didn’t depict the singer’s death, it hinted at what was to come with the introduction of Yolanda Saldivar, the superfan who murdered Selena in 1997. Selena’s death left thousands of fans in mourning around the world, but it wasn’t just her fanbase who grieved the Grammy Award-winning singer’s loss: Selena was also survived by her parents, siblings, and of course, her guitarist and husband, Chris Pérez.

Selena and Chris’ relationship was one of true young love, but the Quintanillas didn’t always approve of their marriage; in part, because the pair eloped in 1992 aged 20 and 22, not too long after Chris was fired from Selena’s band by her father and manager, Abraham. Years after Selena’s death, however, Chris’ relationship with her family still isn’t quite on the best of terms—but the musician seems to be making an effort to smooth things over with his reaction to Selena: The Series, which was executive-produced and developed by the Quintanilla family. For more details on where Selena Quintanilla’s husband Chris Pérez is now and what he really thinks of the new Netflix series, just keep on reading.

Where is Chris Pérez now?

Chris is still working as a musician. Following Selena’s death in 1997, the widowed husband started up another band at the behest of his friends. He ended up releasing an album, Resurrection, with the Chris Pérez Band in 1999 with songs on it dedicated to Selena, and it went on to win the 2000 Grammy Award for Best Latin Rock, Urban or Alternative Album. These days, Chris continues to work on new music and teases his band’s releases over on his Instagram account, @chrispereznow. 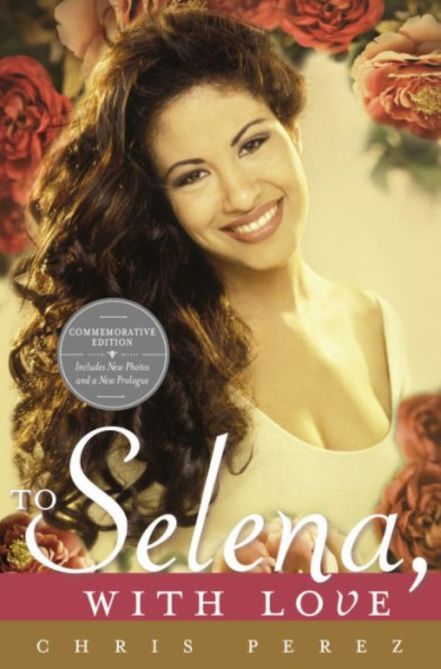 Buy: 'To Selena, With Love,' by Chris Pérez $31.90
READ:  The Chronological Order of Star Wars Films, in Case You've Forgotten

In addition to music, Chris is officially a published author. In May 2012, Chris published To Selena, With Love, which details his love story with Selena. In an interview with The Hollywood Reporter, Chris revealed that writing this memoir helped him heal after her death. “It was something that I had to do in order to move forward. I was dealing with boxes and boxes of baggage that I had suppressed,” he told the publication. “So I went through, dusted them off, and then wrote the book.”

Yes—but it didn’t last. Chris married actress Venessa Villanueva in 2001 and together they had two children, Noah and Cassie, before their divorce in 2008.

What does Chris Pérez think of Selena: The Series?

Ever since news of Selena: The Series broke, Chris has made clear that he was never consulted or directly involved in the project. In April 2020, Selena’s widow even took to Instagram to reveal he had “NO idea” what was going on with the series. “Here is a pic I just saw of the actor playing me in the Netflix series,” he captioned a photo of actor Jesse Posey, who plays Chris in Selena: The Series. “For the record, never met him, haven’t seen the script, and I have NO idea what is going on…..But, I’d love to find out.” Days before the release of the series on Netflix, Chris confirmed in an interview with The Austin American-Statesman that he wasn’t consulted during the show’s production. “I’m not trying to not be a part of anything,” he explained in the interview published December 1. “At the end of the day, we all have our perspective on certain things and how things happened. I’ve put out everything I wanted to put out already. There’s not much more I want to say, and that’s the God-honest truth.” He also expressed at the time that he wasn’t so sure about watching the series at all.

READ:  Tommie Lee Shares That Someone Tried To Take Her Belongings Out Of Her Car While She Was Shopping

“It’s a touchy thing for me, and I’m sure her family feels the same way,” he said. “There’s going to be some difficult moments, and not having seen the script, I don’t want to be caught off guard. I know for a fact that the story I know is inspiring, having been told by Selena herself.” But later that week, Chris made clear that he still has nothing but love for Selena and her family. He shared production art from the Netflix series along with a lengthy caption, where he shouted out every member of Selena’s family and band. “Alright so, here is my take on this,” he began. “I loved her music even before I joined the band.”

Chris continued, “I was intrigued by the fact that her brother had his name on everything as producer. Keyboard player Ricky Vela was my hero as far as musicianship goes. Her dad ran some amazing sound when I went to see them at an event in San Antonio. I learned so much by taking on their guitar player Roger Garcia’s parts and doing my best to stretch it even further.”

“They had a girl drummer that laid it DOWN (Suzette really is a badass). Joe and Pete brought the “extra” and added a whole other dimension PLUS Pete wrote amazing lyrics…and they sounded HEAVY,” he wrote. “I will forever respect the band and the people involved in it. I hope you guys enjoy this series.”