She has a “very different” recollection of their flower girl dresses drama.

Those who didn’t know about Meghan Markle’s flower girl dresses drama with Kate Middleton received a crash course during her interview with Oprah Winfrey on Sunday, March 7.

Meghan and her husband, Prince Harry, were interviewed by Oprah for CBS’ Oprah With Meghan and Harry: A CBS Primetime Special, where the couple opened up about their experience with the British royal family. During the special, Oprah asked Meghan about a 2018 report that she made her sister-in-law, Kate Middleton, cry before her wedding to Harry in May 2018.

In November 2018, the Telegraph reported that Kate was “in tears” over a “stressful” wedding fitting for her daughter Princess Charlotte, who was a flower girl at Meghan and Harry’s nuptials. The Telegraph reported at the time that Meghan wanted the “very best” for her wedding, and when the fitting didn’t go as planned, she became frustrated, which led Kate to become upset. The insider also noted that Kate’s reaction could’ve been from stress, as she had only given birth to her son, Prince Louis, couple weeks earlier. “Kate had only just given birth to her third child, Prince Louis, and was feeling quite ­emotional,” the source said. 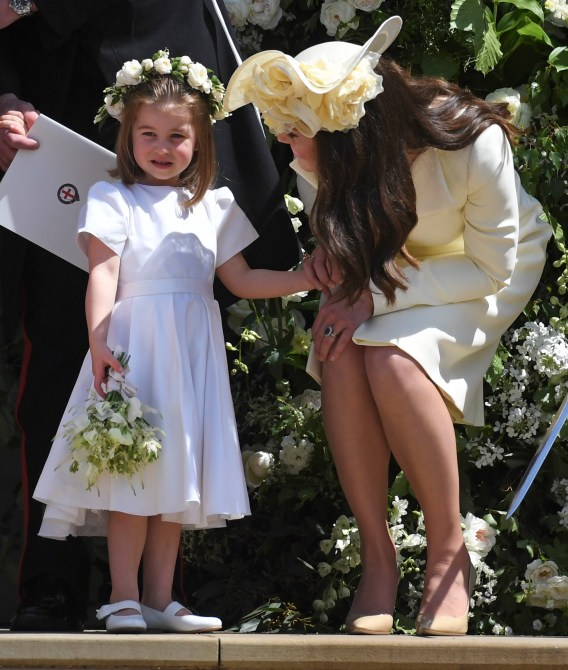 When asked about the report, Meghan denied that she made Kate cry and revealed that the opposite happened and she was the one who shed tears from their disagreement. “That was a turning point,” she said. “The narrative with Kate, it didn’t happen…The reverse happened.”

Though the report that she made Kate cry wasn’t true, Meghan confirmed that their disagreement was over the flower girl dresses at their wedding. “A few days before the wedding she was upset about flower girl dresses and it made me cry. It really hurt my feelings,” Meghan said before revealing that Kate has since apologized for her reaction.

READ:  We Need to Know What Spencer's Future Will Look Like, So All American Better Get a Fifth Season

Meghan continued, “It was a really hard week of the wedding. And she was upset about something, but she owned it, and she apologized. And she brought me flowers and a note, apologizing. And she did what I would do if I knew that I hurt someone, right, to just take accountability for it.”

However, Meghan explained to Oprah that it wasn’t the flower girl dresses argument that upset her but the lack of response from the royal family when false reports came out that she was the one who made Kate cry.

“What was hard to get over was being blamed for something that not only I didn’t do but that happened to me,” she said. “Everyone in the institution knew it wasn’t true….I’m not sharing that piece about Kate in any way to be disparaging to her. I think it’s really important for people to understand the truth…She’s a good person. And I think so much of what I have seen play out is this idea of polarity, where if you love me, you don’t have to hate her. And if you love her, you don’t need to hate me.”

When asked if she feels like Kate is treated differently than her, Meghan told Oprah, “I don’t know why. I can see now what layers were at play there…They really seemed to want a narrative of a hero and a villain.”

After the special, a source told Us Weekly that Kate has a “very different” recollection of her and Meghan’s flower girl dresses drama. “Kate is caught between a rock and a hard place,” the insider said. “She wants to speak up and help the crown rebuild their image, but she is not one for confrontation nor escalation. Kate will eventually speak out about some of the bombshells dropped by Meghan, especially the crying incident.”

The source went on to note that the Duchess of Cambridge “feels that there was a misunderstanding” as she and Meghan “were trying to figure out flower girl dresses” before the royal wedding. “It should not have been such a huge point of contention,” the insider said.

According to the source, Kate was “shocked” that Meghan brought up the flower girl dresses drama and didn’t appreciate “implications” in the interview that she is “jealous” of her sister-in-law.