“That man has balls of steel.”
It rivals the greatest Hollywood high speed chases of all time — and it was shot on a dashcam.
Heart-racing footage out of South Africa captured the moment two security guards were targeted … 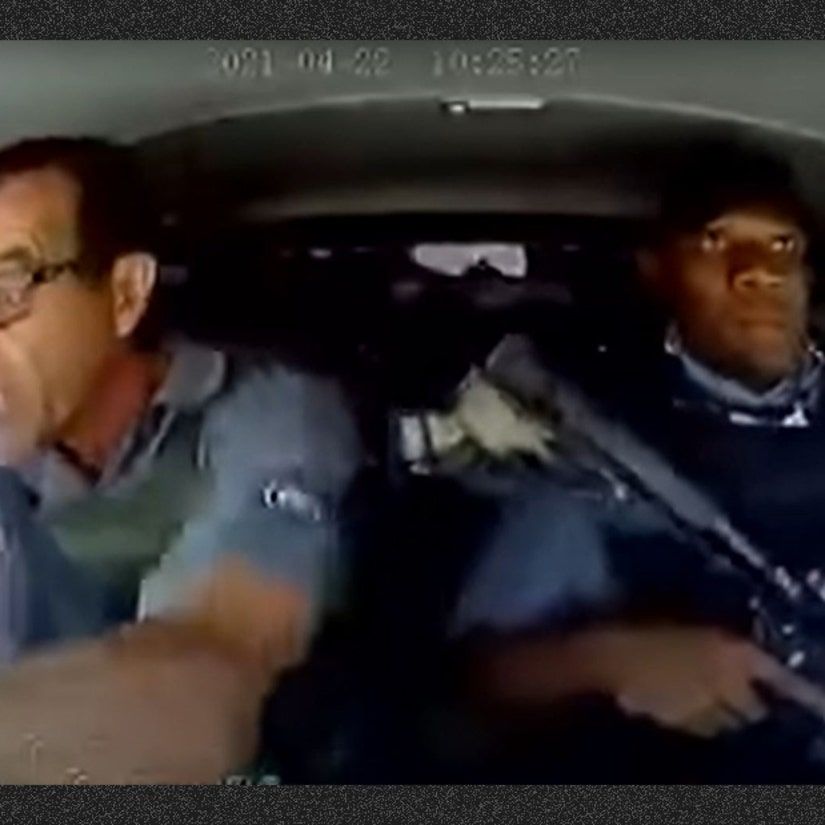 "That man has balls of steel."

It rivals the greatest Hollywood high speed chases of all time — and it was shot on a dashcam.

Heart-racing footage out of South Africa captured the moment two security guards were targeted by raiders while driving on a freeway.

Bullets fly, cars are rammed and windows are smashed — but the most incredible thing in the jaw-dropping footage is how calm the driver is throughout.

The opening minute shows the two men, obliviously driving in silence along a highway north of Pretoria; around the 50 second mark, the driver appears to notice something unusual in his rear view mirror, glancing down a number of times, but never saying anything.

But he doesn't need to: the driver-side window suddenly splinters, as the side of their Land Cruiser is rattled by gunfire. He barely flinches through instinct, as a grey sedan can be seen pulling up alongside them at speed, its rear windows rolled down, gunfire erupting from it.

The driver immediately steers into its path and rams it.

"Gun," he tells his co-pilot, who begins unstrapping his pistol from its holster. Without even looking at him, the driver reaches back and instead hands him an automatic rifle, telling him — in a quote that could have come straight from an Arnold Schwarzenegger movie — "Proper gun."

Suddenly they realize they are outnumbered: a second vehicle, a white truck, comes at them from the far side in what is clearly a coordinated attack. The courier cruiser is rammed on the passenger side, but the driver still keeps his cool, holding the vehicle steady.

READ:  Vanessa Bryant Opens Up About ‘Finding The Light In Darkness’ After The Loss Of Kobe & Gianna Bryant

He then quickly 180s the Land Cruiser, mounting a curb as he does so, before driving back against traffic.

The driver quickly pulls a three-point turn and rejoins the flow of traffic, warning his colleague: "They're going to shoot... they're going to f----- shoot." Indeed, milliseconds later, the Land Cruiser is riddled with more bullets. Out the passenger side window, one of the raiders can be seen on foot, firing a shot that smashes the passenger-side window.

"Phone Robbie... phone Josh. Ask them where they are," the driver calmly tells the co-pilot, who begins flipping through his phone, hands remarkably steady.

The driver then appears to attempt to steer over a median — and the vehicle gets stuck.

"F------ shoot 'em," he tells his colleague. Throwing the Cruiser into reverse has no effect.

"F---." he matter-of-factly announces — taking the time to apply the parking break on the stranded vehicle — before calmly opening the door, removing his seatbelt, reaching back in for the rifle, and getting out to face the oncoming raiders.

And this is where the insane video ends.

According to the original poster who first shared the video to Reddit, the incident has not quite made the news in South Africa, since such heists are a common occurrence over there; indeed internet sleuths continuously posted articles to a similar cash-in-transit robbery a week apart, believing it to be the same incident.

The poster, who shared the video from a WhatsApp group, said the Land Cruiser was carrying phones, which was the target of the attempted heist. He said it got stuck attempting to ram the sedan over a bollard; after the guards got out the sedan tried to run them over but missed, before fleeing the scene.

He said neither guard was injured — and no phones were stolen. (The Land Cruiser was left "a bit sore" however.)