The actor told police “using the knife was not a good idea and that the injury was an accident.”
A haunted house actor in Ohio has been charged with negligent assault after stabbing an 11-year-old boy, according to police.
… 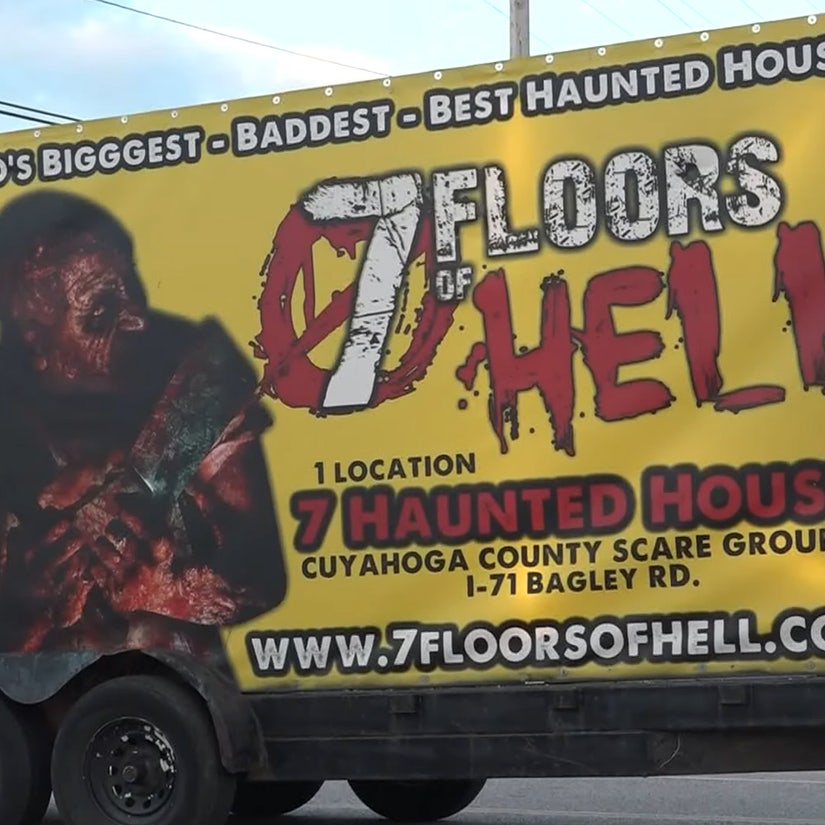 The actor told police "using the knife was not a good idea and that the injury was an accident."

A haunted house actor in Ohio has been charged with negligent assault after stabbing an 11-year-old boy, according to police.

Christopher Pogozelski, 22, told authorities he decided to ditch his fake prop knife for a real Bowie knife during his September 18th shift at the 7 Floors of Hell attraction at the Cuyahoga County Fairgrounds.

"He was scraping the knife on the ground and playing around with them," the boy's mother, Karen Bednarski, told The Washington Post. "And my son said to him, 'I'm not afraid, your knife is fake.' So the man was like, 'Oh, it's real. Trust me, it's real.' And that's when he started poking it at his feet multiple times until he stabbed him."

The knive sliced through the boy's Croc sandals and he suffered a laceration on the big toe of his left foot.

According to the police report, Pogozelski admitted "using the knife was not a good idea and that the injury was an accident and he had no intention of hurting anyone with it."

"I'm highly upset," Bednarski told news5Cleveland, adding that she didn't believe it was an accident.

Even more upsetting to the mother was the employees' alleged reaction.

"They just kept saying accidents happen, accidents happen," she explained to the outlet. According to Bednarski, they also initially denied the boy medical treatment, telling her that they were "not certified to administer first aid."

Eventually, the haunted house workers disinfected the cut and bandaged the toe, allowing Bednarski and her son to continue through the attraction. Bednarski told The Post she finished the haunted house for her son to have a happy memory after such a "traumatic experience." However, she is still planning to sue Night Scream Entertainment, which runs 7 Floors of Hell.

READ:  21 Patterned Pieces That Will Seriously Pop on Your Social Media

Night Screams president, Rodney Geffert, defended Pogozelski after he fired the freelancer. "It wasn't intentional," Geffert said. "The actor stayed by the boy's side the whole time."

Geffert said the company has a strict policy about actors not touching the attendees and that they are required to use only the fake props. He said Pogozelski had switched out the knives without the company's knowledge. "It's not our fault whatsoever," he told The Post.

Speaking with news5Cleveland, Geffert added, "The police took the knife and I made it real clear with him, you don't go to your vehicle and get something out like that. We just don't do that."

"I can't explain why he brought the real knife," Lt. Tom Walker of the Berea Police Department told the outlet. "He should have been using a fake prop or rubber knife. Obviously a poor decision on his part to bring a real knife to the fairgrounds. And he's been criminally charged with negligent assault as a result of making that decision."

Police also said Pogozelski's mother, the owner of the Bowie knife, asked for the knife back. She was denied her request until a later date when it will be released from police property.