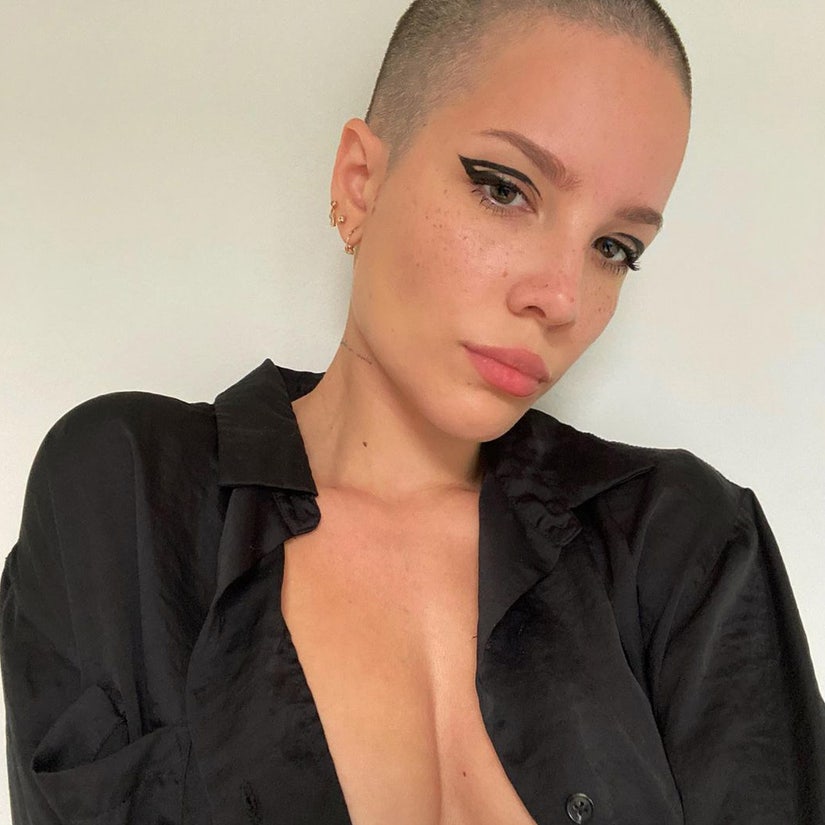 Halsey announced her pregnancy on Wednesday.

Taking to her Instagram, the 26-year-old pop star showed off her growing baby bump in a rainbow-knitted bikini top and baggy jeans.

"surprise! 🍼🌈👼🏻," the Grammy nominee captioned the photo album, which included a topless snap.

Halsey tagged Alev Aydin in the post, appearing to hint she was expecting her first child with the writer/producer.

In the comments, Alev wrote, "Heart so full, I love you, sweetness." Halsey replied, "I love you!!!!!! And I love this mini human already."

The pair were spotted out together back in October 2020, but have never publicly announced they were an item.

After Halsey posted the pregnancy pics, her fans were quick to share their excitement.

"IM CRYING IM SO HAPPY 4 U," wrote one follower in response, as another shared, "BEAUTIFUL GLOWING MOMMA i can't wait!!!!!!!"

In 2018, Halsey talked about freezing her eggs during an appearance on "The Doctors."

She also opened up about suffering a miscarriage in 2015, telling Rolling Stone that her body "broke the f--- down" from being "overworked."

"That was the moment of my life where I thought to myself, 'I don’t feel like a f------ human being anymore."

READ:  Boosie Encourages People To Get Out & Vote During Georgia’s Senate Runoff Election